In memory of the 24 PMOI members killed in the rocket attack on Camp Liberty on October 29, 2017 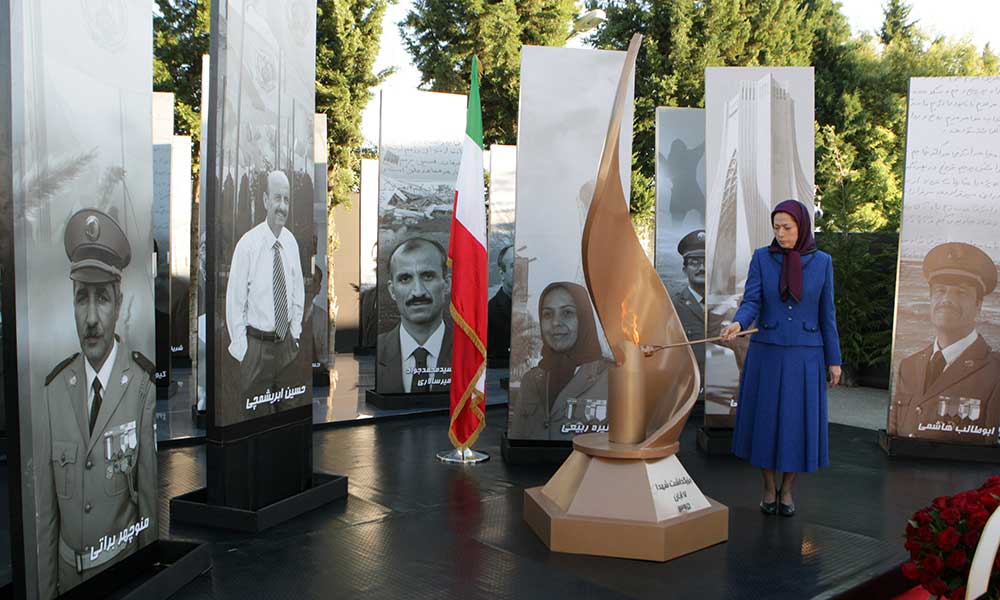 This day and these victims remind us of an important message: the people of Iran are determined to gain their freedom and democracy and will overthrow the mullahs’ religious dictatorship at any cost.

Those martyred on October 29, 2015, also sacrificed their lives for the same cause. They are the beacons of our times and indeed, they continue to live on.

They are the flames of hope while many are lost in despair. They are fountainheads of conviction and faith while many have failed out of disbelief and doubt. This is the message of our martyrs and the words of the freedom fighters who have vowed to remain loyal to their pledges till the end.

This is the message of the Mojahedin to the generation of Iran’s youths. Disbelief, despair, and indifference are the deadly temptations spread by the mullahs’ regime. You must crush them. Like narcotic drugs, the clerical regime spreads poisonous messages in society, such as “change is impossible”, “we cannot do anything”, and that “any effort is useless.” You must rise up against this regime and its evil spirit of bondage. You must rise up hand in hand and set up bastions of rebellion all across the country. Putting end to this decadent regime is possible, within reach and in your power.

Once again, I reiterate: the overthrow of the mullahs’ regime is imperative and within reach, and a democratic alternative is in force.

Excerpts of Maryam Rajavi’ remarks on the second anniversary of the rocket attack on Camp Liberty on October 29, 2017