ANALYSIS: What needs to be done over Iran’s crisis in 2019? 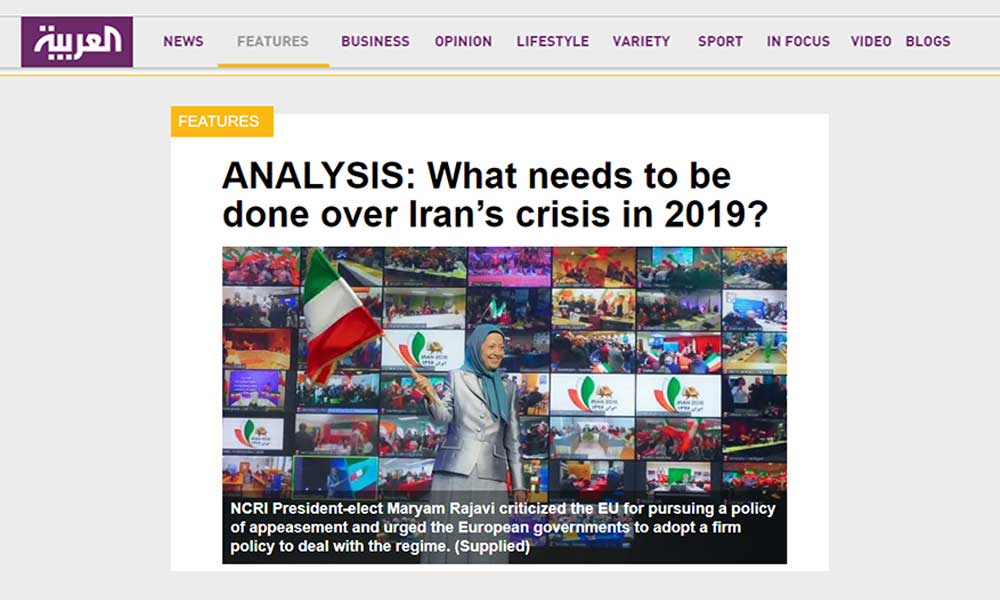 Despite its year of brutality and planned attacks, the protests that sprung up almost a year ago continue across the country, the economic situation continues to deteriorate and opposition groups, namely the People’s Mojahedin Organization of Iran (PMOI/MEK), continue to gain ground.
So what should the international community’s 2019 resolution on Iran be?
In this regard, the National Council of Resistance of Iran (NCRI) held an international conference in 50 cities around the world including Tirana, Paris, London, Berlin, Oslo, on Saturday 15 December, which were connected via video links.

At the conference, the Iranian communities around the world expressed their support for the NCRI and called on the international community to halt Iranian regime’s “export of terrorism” across Europe and human rights violations inside the country.

In his remarks to the conference, the Deputy Leader of the Liberal Democrats in House of Lords in the UK, Lord Dholakia said, “Rest of the world has to make very sure that the Iranian regime’s tentacle cannot allow to be spread in various part of the world to destabilize [the Iranian Resistance] movement.”
He also emphasized that the international criminal court must hold the theocracy in Iran to account for its human rights violation and terrorism.

This means that the international community must, first and foremost, show political resoluteness in the face of Iran’s failed terror attacks, continued regional aggression and ballistic missile tests.
The tide is turning because over the past year, the regime was stripped of the impunity it enjoyed during the Obama administration. No longer can it flout the rules of the international community without consequence.
Despite sanctions hitting the regime hard, some nations, particularly in Europe, have entertained the idea of circumventing them, turning their back of human rights and attempted terror attacks on their soil to boost a few of their companies.
In 2019, European countries must remember that economic gain paid for in human lives is no gain at all.
The NCRI President-elect Maryam Rajavi criticized the EU for pursuing a policy of appeasement and urged the European governments to adopt a firm policy to deal with the regime.
“We say to EU leaders that if you don’t want to stand alongside Iranian people, at least don’t put your citizens’ lives at risk.”

Her comment refers to Rouhani’s recent threats to the EU that if sanctions affect the regime’s ability, the West will be flooded by drugs and terrorism.
However, the regime already tried to destabilize the EU.
On June 30, two Iranian operatives were caught in possession of an explosive device handed to them by an Iranian diplomat while attempting to access the annual gathering of Iranian expatriates organized near Paris by the MEK’s parent coalition, the NCRI.

After thoroughly investigating the plot, French intelligence professed no doubt that Tehran was responsible, and the French government soon responded with sanctions on the Iranian Ministry of Intelligence and its known operatives.
The NCRI President-elect believes any barrel of oil that Iran sells, is a lash on the back of the people of Iran and a bullet piercing the heart of the people of the region.
“The regime’s successive missile tests aim at nothing but blackmailing and threatening regional and global peace.”
In 2018, the regime in Tehran came shockingly close to causing mass carnage on Western soil.
Because of clerics’ desperate need to silence opposition and sell itself as a stable state, the regime still targets dissidents.
In October, Danish authorities announced the arrest of another Iranian operative, this time for the would-be assassination of Iranian opposition activists living in Europe. The incident underscored the persistence of the Iranian terror threat, and it led to renewed outcry and calls for collective action by the EU. It remains to be seen whether the EU will broadly adopt the French sanctions, but even if they do, this should only be the beginning. Pressure for a larger program of economic and diplomatic penalties must be ongoing.

This means that the EU, which has failed to adopt a single serious resolution aimed at countering Iranian threats should go beyond verbal condemnation and take action.
No one knows what will happen in the next year, but one thing is for certain, Iran’s society is on a brink of revolution and tolerance of the regime’s export of terrorism will put Western citizens at danger.
To solve the crisis, in 2019, the international community must resolve to support the Iranian people. Backing Iranians legitimate demands will get the regime and its repressive forces stuck in a perilous situation. Only people of Iran can hold the regime to account and end this long cancer.