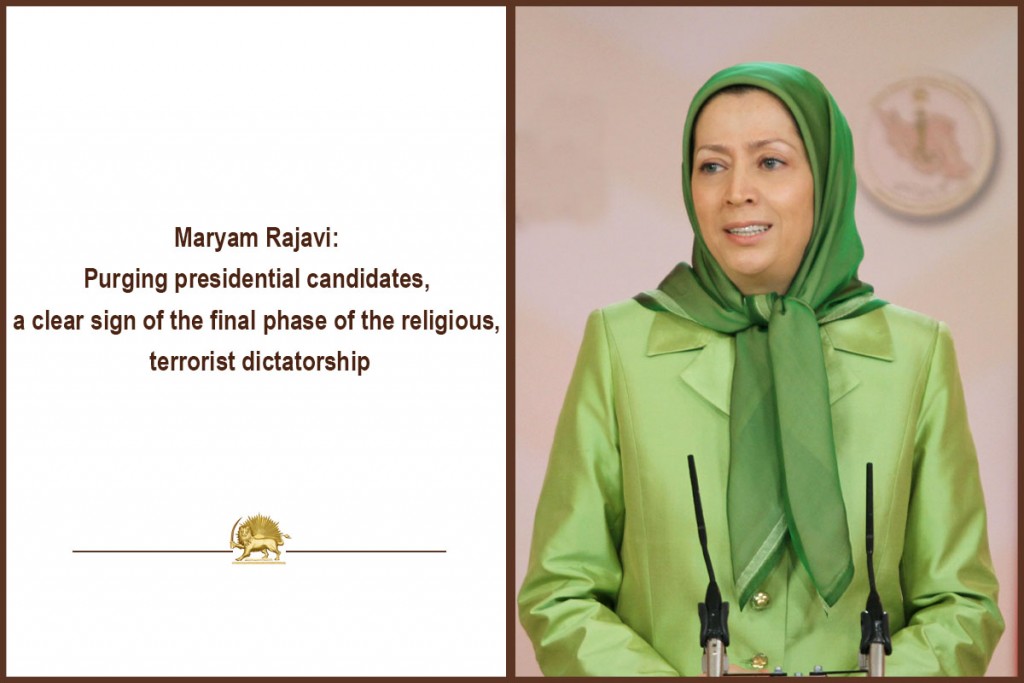 Any interaction and cooperation with the clerical regime will be in service of the repression and slaughter of the Iranian people, and its nuclear weapons ambitions, and fueling wars in the region

Khamenei took steps to consolidate the regime and maximize repression by purging presidential candidates who had participated in all of the regime’s crimes over the past 40 years. This is a clear sign of the regime’s crisis of overthrow and the final phase of the religious, terrorist dictatorship.
Fearing the regime’s overthrow and the uprising of the army of the unemployed and the hungry, Khamenei paved the way for the elimination of Ebrahim Raisi’s rivals, who is the henchman of the 1988 massacre, the murderer of the Mujahedin-e Khalq (MEK/PMOI), and one of the worst criminals against humanity in the last 50 years.
Disqualifying individuals such as IRGC Brig. Gen. Ali Larijani, the architect of censorship and repression, the speaker of the regime’s parliament for 12 years, and always a part of Khamenei’s inner circle, will render the regime’s power base narrower and more fragile, unprecedentedly aggravate the regime’s infighting, and in turn, accelerate the process of implosion and overthrow of the regime.
Mrs. Rajavi once again called for the Iranian people’s nationwide boycott of the election farce. She also urged the people of Iran to protest and rise up against Khamenei’s maneuver, which clearly amounts to usurping their sovereignty. Mrs. Rajavi emphasized that now there is no longer any excuse to appease and engage with this regime. Any interaction and cooperation with the mullahs will be in service of the regime’s repression and killing of the Iranian people and its obtaining of nuclear weapons and inciting warmongering in the region.