Commemorating the heroes martyred in the 1988 massacre in Iran 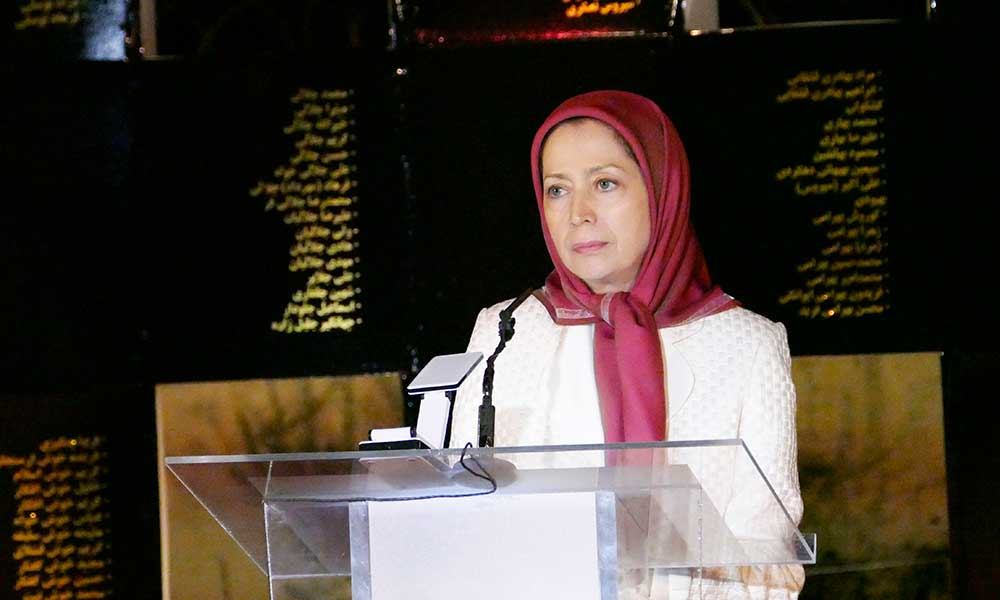 Saturday, August 19, 2017, on the 29th anniversary of the massacre of political prisoners in Iran and the first anniversary of the Movement Calling for Justice for the Victims of the 1988 Massacre, a ceremony was held at one of the PMOI/MEK headquarters in Tirana, capital of Albania.

Maryam Rajavi made a speech at this gathering. At the end of the ceremony, she laid a flower wreath at the monument commemorating the victims of the 1988 massacre and paid them respects.
In brief remarks addressed to the 30,000 proud martyrs, massacred in 1988, Maryam Rajavi said:
We are commemorating the memory of martyrs of the 1988 massacre, along with PMOI members who are continuing your path. Generation after generation, people asked about your stories and headed for your glorious destination. Although Khomeini sought to send you into oblivion, you have become eternal; you have turned into the rebellious conscience of the Iranian people. Khomeini was defeated by your perseverance and resorted to massacre.

In conclusion, Maryam Rajavi vowed to carry on the struggle of the martyrs of 1988 who stood by their ideals to final fruition. She said:
We vow to turn every drop of your unjustly-shed blood, into a force for struggle and battle for freedom. And we vow to carry on your glorious ideal to final victory.

The ceremony featured choirs, flight of pigeons by relatives of the martyrs, and lighting of torches in memory of the eternal beacons of freedom, the heroes massacred in 1988. 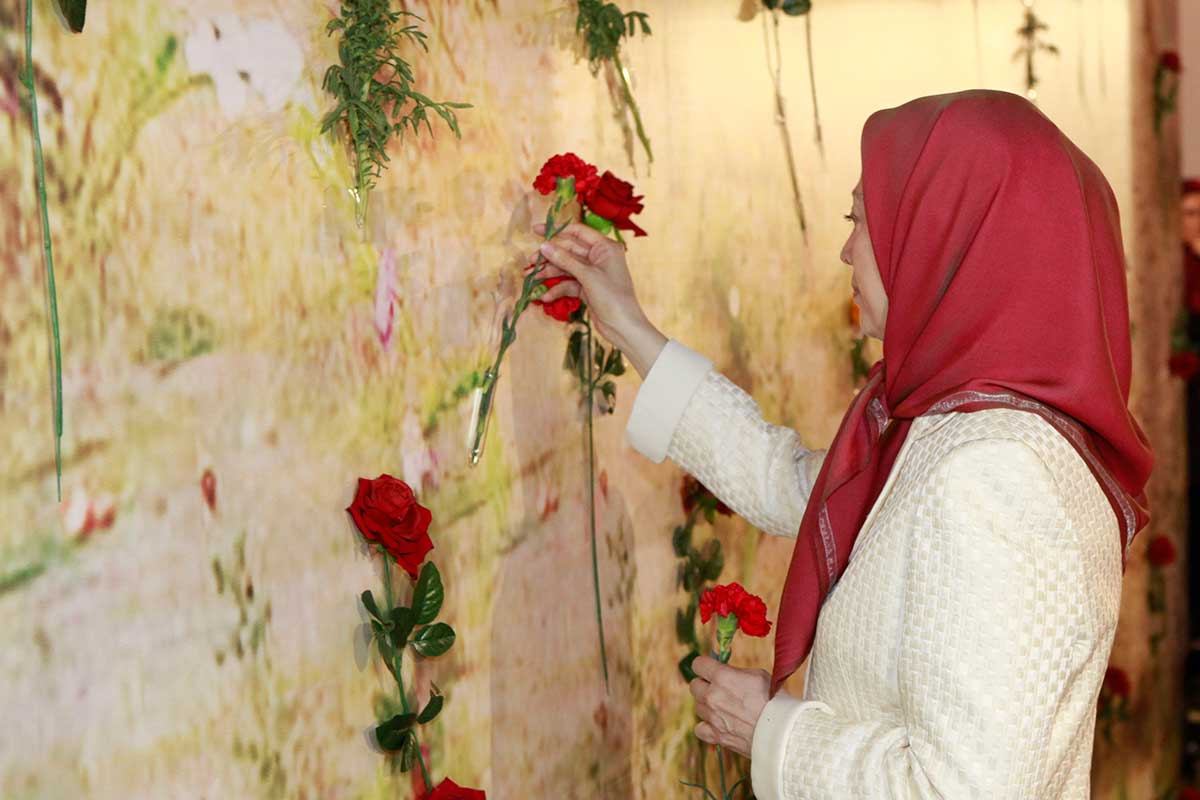 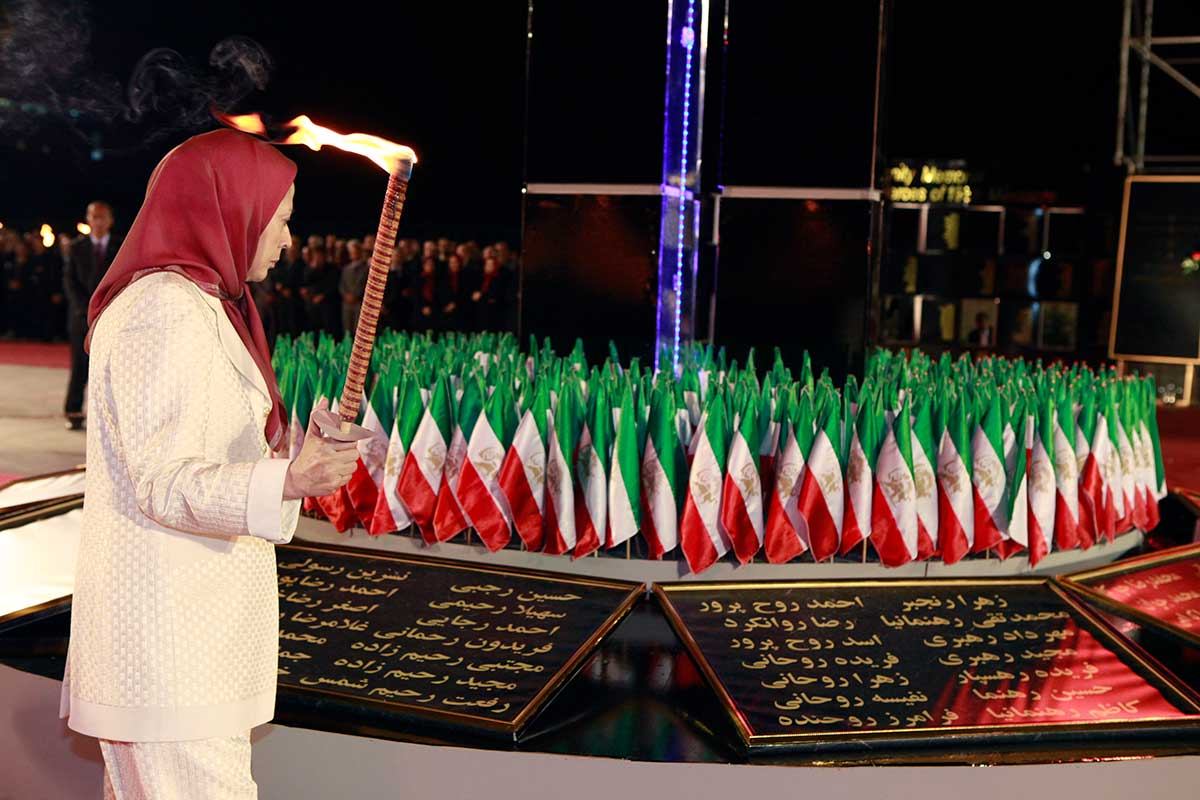