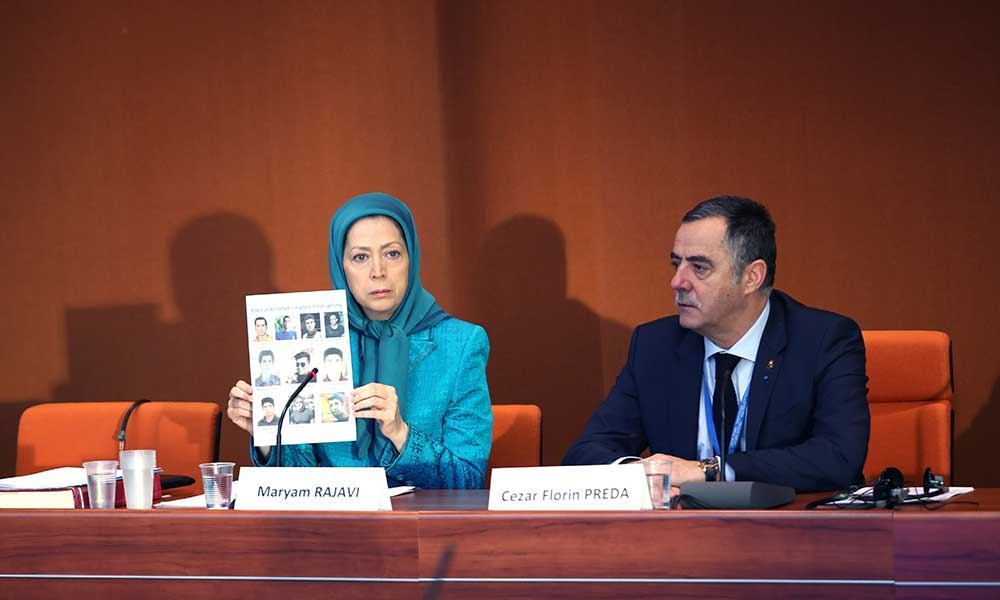 The meeting of the EPP at the Parliamentary Assembly of Council of Europe on January 24 was presided by Mr. Cezar Preda. In his introductory speech, he said: your struggle is just and we are at your side for freedom, democracy and human rights.

Elaborating on the Iranian people’s recent uprising and its consequences, Maryam Rajavi told the meeting:

In just two weeks, since December 28, an uprising erupted in Iran and rapidly spread to 142 cities. Millions of people particularly the youths took to the streets. They called for the overthrow of Khamenei and the entire religious dictatorship. They also chanted against Rouhani.

During these legitimate protests, over 8000 people were arrested. Reliable reports indicate that so far, at least ten protesters have been killed under torture in prison.

Today, I have come to the Parliamentary Assembly of the Council of Europe to be the voice of those protesters who are presently in prison and under torture.

I urge your group and the Parliamentary Assembly of the Council of Europe to strongly condemn the killing of protesters in prisons and to urge all governments in Europe to take practical measures for the release of the prisoners.

I also ask you to urge the UN High Commissioner for Human Rights to form an inquiry committee to investigate into the arbitrary arrests and the deaths of protesters while in detention.

These are our people’s demands: Immediately free the prisoners of the uprising, uphold the freedom of speech and association, abolish the compulsory veil and repression of women, now and just today. After 39 years, enough is enough!

It was also proven that despite massive repression, there is a force within the Iranian society that is able to create such an uprising. This contradicts the claims made by the mullahs and their advocates about rivalries between the regime’s two factions being the only force in Iran.

But Khamenei emphasized in his speech on January 9, that the uprising had been organized by the PMOI since several months ago. He said, “They were the ones who called for it.”

Distinguished representatives,
The clerical regime is sitting on a powder keg. It is rotten to the core and divided. Economically, the regime is in a critical situation, and has no way out.

After the JCPOA, everyone expected improvement of people’s general living conditions. But the mullahs took advantage of the political and financial benefits of the deal to further violate human rights in Iran and to intensify their war efforts in the region to cover up their domestic problems. The regime’s simultaneous engagement in several regional wars and crises, however, has put it in trouble.

Without repression, the regime is not able to survive even for a short period. Under this regime, no one can express opposition. No one has the right to organize or associate. Individual freedoms, including free choice of clothing, are restricted.

The mullahs’ supreme leader and his accomplice do not bound by any rules. When they feel endangered, they easily break their own laws. People do not feel any security in such circumstances.

There is no security for business owners, either. They can easily fabricate cases against any company. The Judiciary is extremely corrupt and serves merely a tool of suppression in the hands of Khamenei. There is no legal security.

Iran holds the world’s highest per capita rate of executions. The mullahs preserve their rule with such brutality. But we are confident that their rule will not last long because the people of Iran want change.

We are a movement seeking freedom, democracy, human rights and the rule of law.
Our coalition, the National Council of Resistance, is the democratic alternative to the clerical regime in Iran. The NCRI is made up of personalities and political groups of various tendencies.

The NCRI struggles for a secular republic based on separation of religion and state, and for a society based on human rights and gender equality. It also seeks an independent Judiciary based on the principle of presumption of innocence and espouses equal economic opportunities for everyone.

Our Resistance struggles to establish a system based on the rule of law, an accountable and responsible government with maximum transparency where everyone can participate in decision-making.

We rely on the Iranian Resistance and uprising to bring about change in Iran. We reject any foreign intervention. But we urge other governments, particularly in Europe, to condition their relations with the Iranian regime on end to torture and executions.
Thank you all very much. 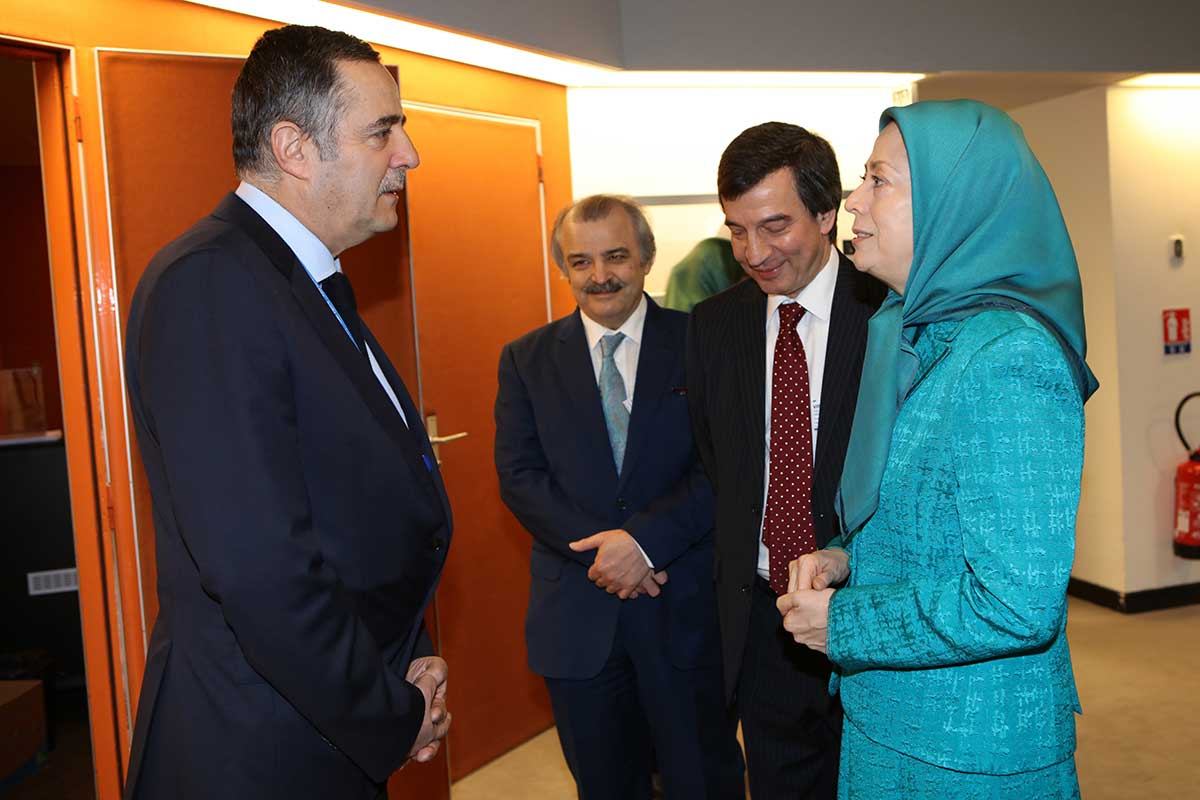