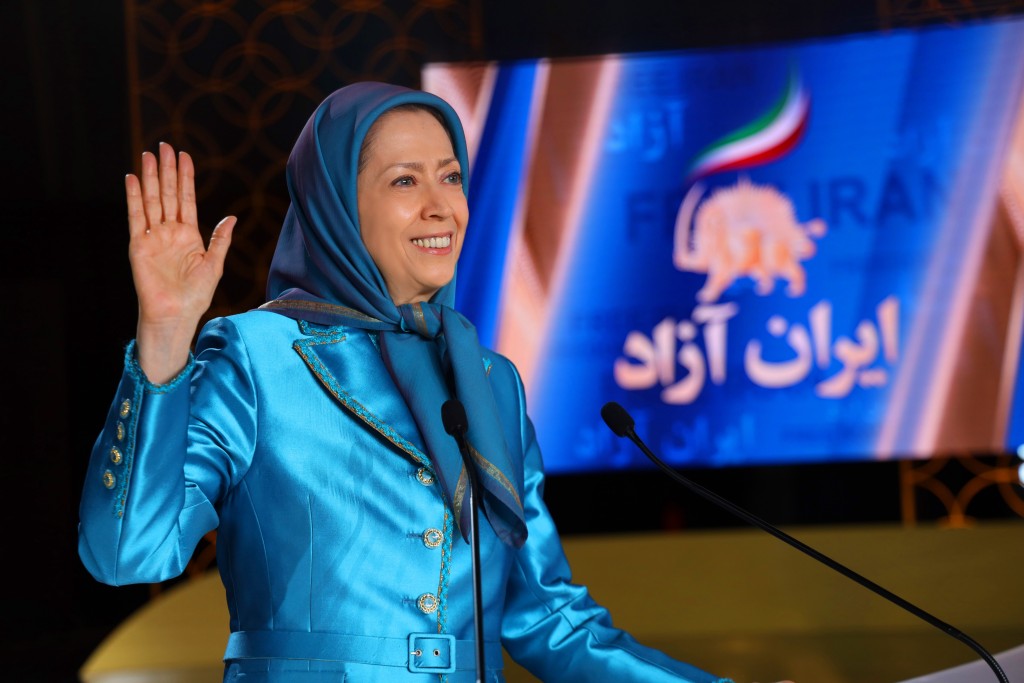 Maryam Rajavi: Through their rebellion and uprisings, the Iranian people, the Resistance, and Resistance Units will overthrow the mullahs’ regime

Dear friends,
I extend my warmest greetings to our arisen compatriots and protesters in various cities for rising up against crushing price hikes,
I stressed in my remarks, and so did Mr. Secretary, that the Iranian people’s protests and outrage is the best response to the mullahs’ supreme leader and Raisi, the henchman of the 1988 massacre.
People have been protesting in 30 different cities for more than a week now.

Solidarity with protesters in Iran

I salute the fearless people and youths of Izeh, Andimeshk, Mahshahr, Farsan, Doroud, Khorramabad, Hafsehjan, and Ilam.
I hail the rebellious young protesters in Jooneghan, Neyshabour, Dehdasht, Shahinshahr, Dezful, Yasuj, Iranshahr, Ardabil, and Masour.
Hail to the heroic people of Ahvaz, Hamedan, Borujerd, Boroujen, Isfahan, Tabriz, Susangerd, ShahreKord, and Shahrak-e Razavieh in Tehran, who manifested the Iranian people’s will and resolve to overthrow the clerical regime.
I salute the people who cry out, “death to Khamenei” and “death to Raisi,” demanding freedom and their trampled and plundered rights.
In their own words, by raising the prices, the mullahs want to pocket revenues of tens of billions of dollars this year.
They describe this enormous robbery as “economic surgery.” However, their regime will not survive this surgery.
Khamenei and Raisi want to cling to power by stealing people’s bread. In contrast, the Iranian people and Resistance, and the Resistance Units aim to crush their ominous power through their rebellion and uprisings. They will destroy their centers of suppression and propaganda, and promise the dawn of freedom and victory.
I call on all my compatriots to show their solidarity with the protesters who have risen up for bread and liberty.
Long live freedom
God bless the martyrs
Hail to the protesters