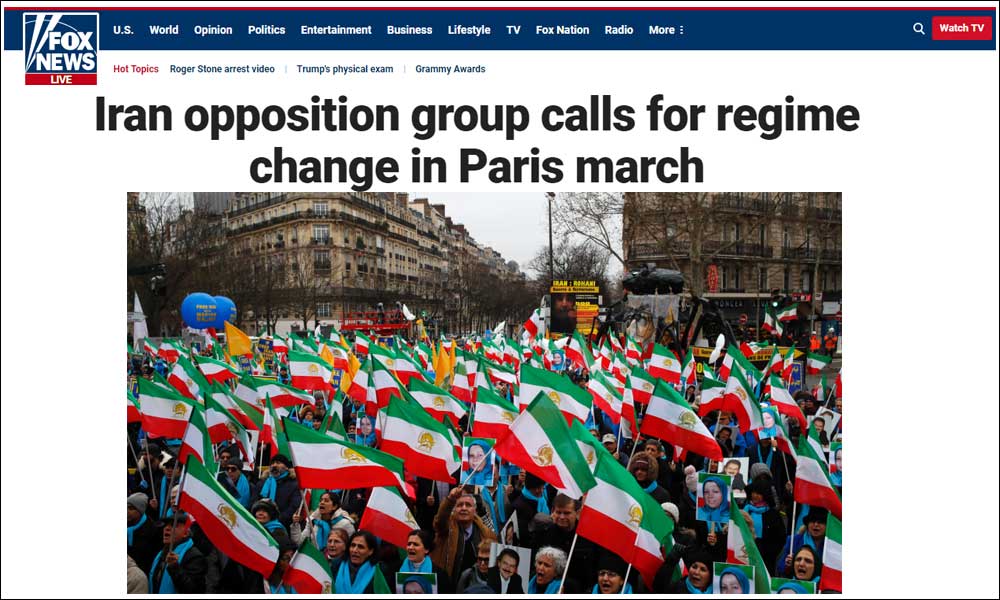 Excerpts
PARIS – Several thousand supporters of an exiled Iranian opposition group marched through Paris on Friday, calling for an end to Iran’s clerical regime 40 years after the Islamic revolution toppled Iran’s monarchy.
The Mujahedeen-e-Khalq, widely referred to in the West as the MEK, were joined at the rally by an array of speakers before the march, from former and current French politicians to a one-time Algerian prime minister and a Syrian opposition figure.
Crowds waved posters of group leader Maryam Rajavi and founder Massoud Rajavi…
The group bases its headquarters outside Paris with several thousand members in Albania, extracted in a U.N.-brokered effort from Iraq. Supporters are scattered elsewhere in the West as part of the Iranian diaspora.
Security was tight during the rally and march through Paris’ Left Bank. The group’s annual rally last year was the target of an alleged bomb plot, which was thwarted by arrests. An Austrian-based Iranian diplomat is being held in Belgium, where police found bomb material in the car of a couple of Iranian origin.

One speaker, former French Sen. Jean-Pierre Michel, said in an interview that “I’m not a fanatic of Mr. Trump … but I think the United States is right about Iran.” He chastised Europeans for what he views as their softer approach to Tehran.

Michel, 80, is a long-time supporter of the Mujahedeen… He praised MEK for having a woman at its head who says she wants democracy and separation of church and state in a future Iran, and he hopes one day to visit Tehran with Rajavi, saying, “It keeps me alive.”