By leadership of Massoud Rajavi, the Resistance accomplished its mission 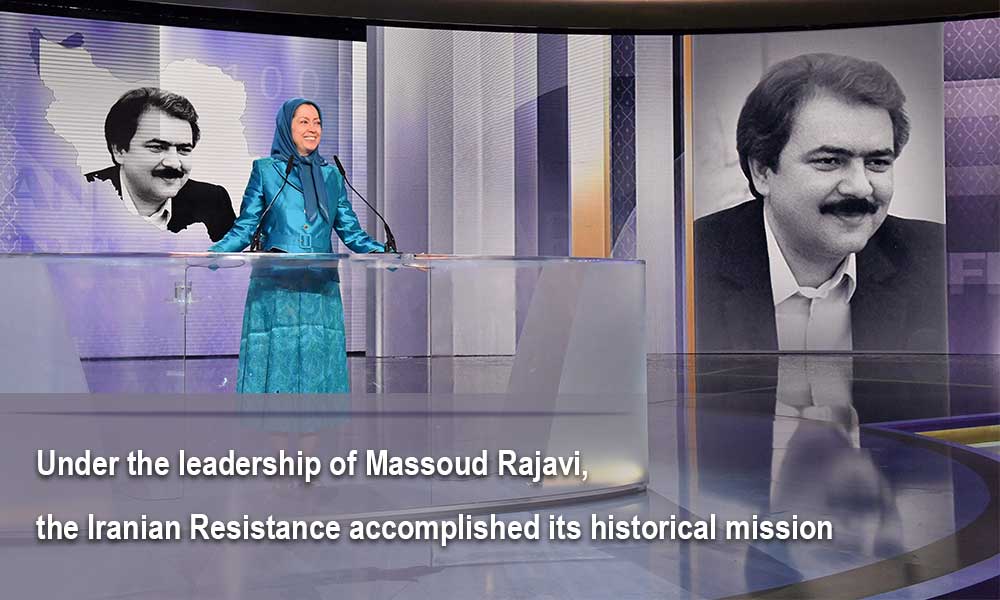 We started this journey on June 20, 1981, when the Iranian Resistance’s Leader Massoud Rajavi forged a deep-rooted and resolute resistance against the religious dictatorship of the mullahs.

He founded the National Council of Resistance of Iran (NCRI) and the National Liberation Army of Iran (NLA).
Now, Ashraf 3 stands tall along this long journey, a journey that has had many new beginnings and revivals throughout. On this path, we endured ten years of blood-drenched perseverance at the besieged Camp Ashraf and another four years full of determination at a slaughter house called Camp Liberty (in Iraq).

Now, this marks another chapter in a great march towards freedom, towards a free Iran, towards a glorious destination, of course after undergoing enormous suffering and dedicating a roaring river of the martyrs’ blood.
On the first anniversary of the start of resistance against the mullahs, Massoud Rajavi said, “The triumph of our resistance will remove not only one of the greatest obstacles before contemporary revolutions, but in fact, the most important cause of their deviation and disintegration, namely the violation of the sacred parameters of freedom under various pretexts and excuses. The revival of the concept of freedom will resurrect humanity as well as defeated revolutions.”

He said, “For a nation to appreciate her own freedom, she must ultimately free herself on her own.”
He added, “Everyone can only free himself on his own from the yokes of coercion and oppression. And it is precisely for this reason that we are responsible to advance the goal of a general uprising for the freedom of our people and our country.”

Today, the situation would have been radically different, and the mullahs, equipped with nuclear weapons, would have created and solidified the empire and Caliphate they had long intended to establish.
Yes, the Iranian people and Resistance have paid the necessary and full price. Otherwise, the groundwork for their terrorist designation would never have been created.
Yes, the Iranian Resistance under the leadership of Massoud Rajavi, has accomplished its historic mission, breaking the atmosphere of fear and intimidation created by the velayat-e faqih and their criminal Revolutionary Guard Corps. It thus has left no future for the mullahs’ evil caliphate.