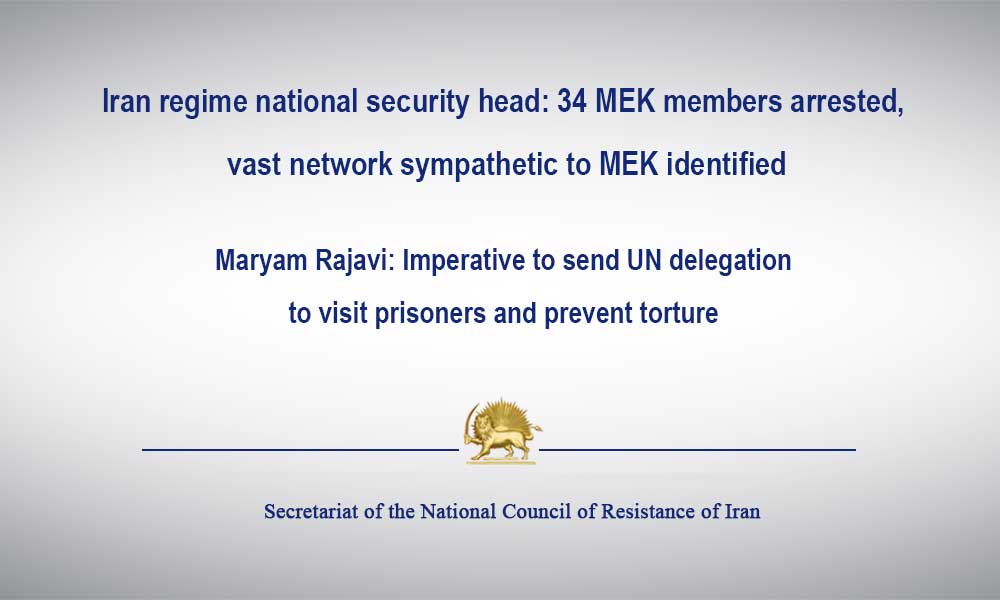 Commenting on the Iranian people’s nationwide uprising during a press conference on Sunday, November 24, 2019, Ali Shamkhani, the criminal Secretary for the regime’s Supreme National Security Council, said, “These people were connected to governments and the Mujahedin-e Khalq (MEK)… I believe 34 MEK members have been arrested so far. A vast network of individuals, operating not under the MEK’s name, but pursuing their line and modus operandi were also identified.”

Earlier, during a closed-door session of the regime’s Majlis (Parliament) on November 18, he had said, “It was determined that a number of people provoking the people in the streets had ties to the Mujahedin Organization.”

In another development, during Tehran’s Friday prayer congregation on November 22, Ahmad Khatami, a member of the Assembly of Experts’ Presidium, described those arrested as saboteurs, who had waged war on God. He asked the Judiciary to hand them maximum punishment.

The Iranian Resistance underscores that these prisoners will no doubt face torture and execution. The United Nations must give priority to investigating the plight of these prisoners and sending a delegation to Iran to visit them.

Since the uprising started, Mrs. Maryam Rajavi, the President-elect of the National Council of Resistance of Iran (NCRI), has repeatedly called on the UN Security Council, governments, and international human rights bodies to take action to immediately halt the massacre and suppression of the Iranian people and secure the release of those arrested. She has also emphasized the imperative to dispatch UN delegations to Iran to investigate the situation of the martyrs, the wounded, and the prisoners.

Secretariat of the National Council of Resistance of Iran
November 25, 2019