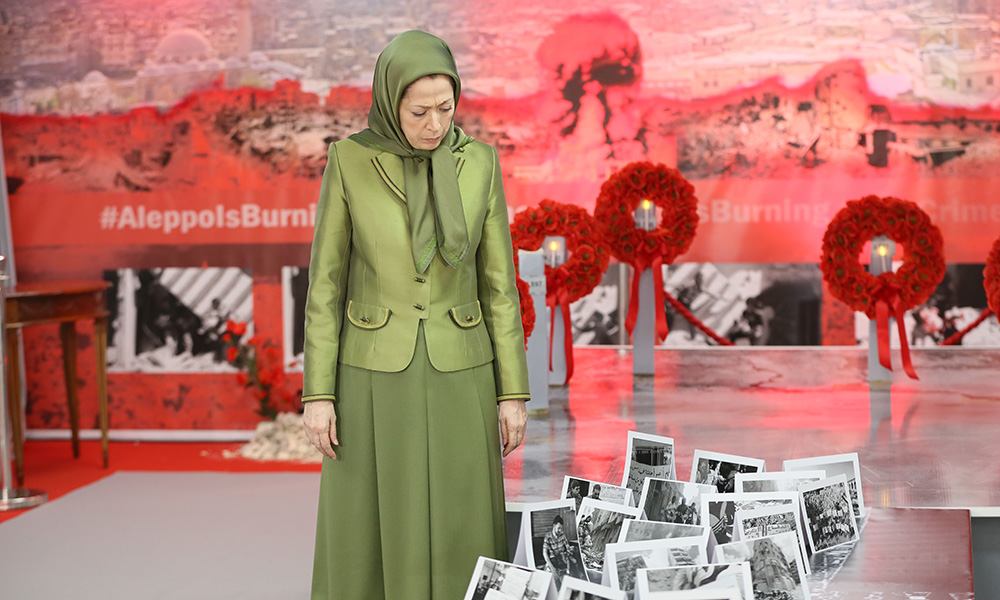 She said the mass executions by the Iranian regime’s Revolutionary Guards and their mercenary militias were underway in Aleppo, adding that inaction against the greatest crime against humanity in the 21st century is totally unacceptable and shameful. She called on the international community to take urgent action to stop this brutal bloodbath and to prevent further massacres and killings.

Maryam Rajavi added:“Aleppo is the eternal symbol of resistance and an inspiration to the people of the region and all freedom-seeking people striving to liberate themselves from the oppression of the religious dictatorship ruling Iran and its mercenaries. The regime in Tehran is the source of crisis in the region and killings in Syria; it has played the greatest role in the expansion and continuation of ISIS. Peace and tranquility in the region can only be achieved by evicting this regime from the region.

While the world has voiced outrage and disgust at crimes against humanity and atrocities committed against the defenseless people of Aleppo, in a message to Qassem Soleimani, the criminal commander of the terrorist Quds Force, Khamenei’s representative described the horrific crimes in Aleppo as a “proud” and “unrivaled triumph,” and “the biggest festival,” declaring December 27 as “Thanksgiving” day. This is an irrefutable evidence of the full responsibility of Khamenei and the leaders of his regime in crimes against humanity and underscores the need to bring them to justice.

Secretariat of the National Council of Resistance of Iran
December 13, 2016