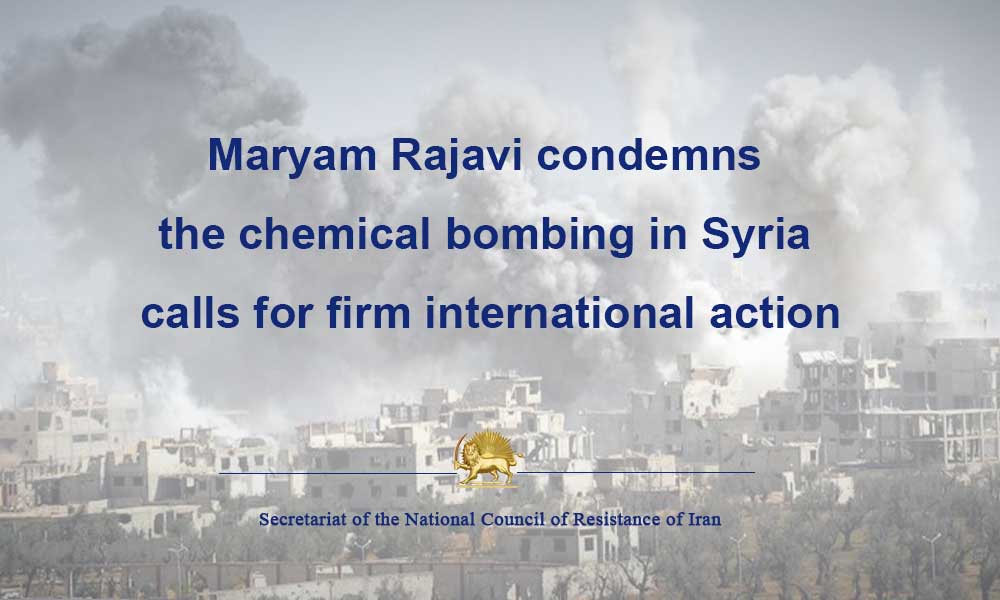 She said, “The Iranian regime is the main perpetrator of war and killings in Syria and the source of crimes such as the chemical bombing of Douma, which hurt the conscience of humanity.”

Maryam Rajavi expressed her most sincere condolences and sympathies to the people of Syria, especially the blood-drenched Douma. She hailed their historical perseverance and said, “The world must take firm action to stop these war crimes against the people of Syria.”

Maryam Rajavi added, “The masterminds of crimes against humanity and war crimes in Syria, namely Assad and his master, Ali Khamenei, must be brought before justice. Failure to take action is shameful and paves the way for continuation of such crimes.”

Secretariat of the National Council of Resistance of Iran
April 8, 2018