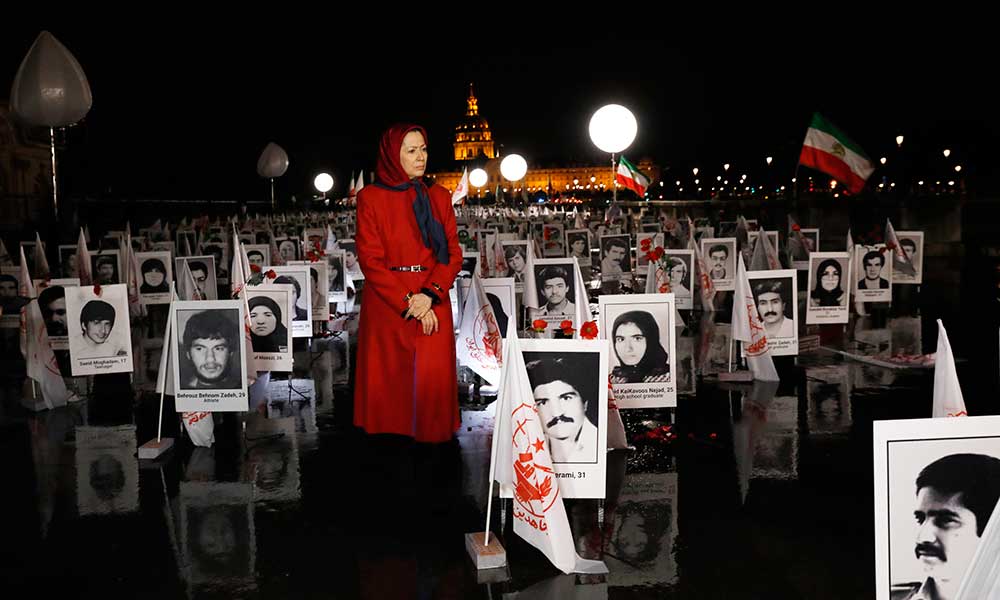 In the name of freedom and in the name of those who gave their lives for freedom, especially the martyrs of the 1988 massacre.

We are standing next to the images of hundreds of heroic martyrs of the Iranian people.
These young, energetic, enlightened, proud, beautiful and selfless martyrs bravely confronted the ruling despots.
They rose up for a cause. They defended freedom and embodied the Iranian nation’s dignity.

Look at each of these images. They shock any observer. Really, how could the executioners hang thousands of human beings during that heinous massacre in 1988?

When the time came and they had to make a choice, these PMOI members and combatants smiled, and, shoulder-to-should, resolutely walked to the gallows.
They were blindfolded because the light of their eyes and their conviction in their ideal terrified and shocked the enemy.
All of us have a profound feeling deep down in our hearts for every one of these honourable martyrs.
The book, “Crime against Humanity,” published just recently, includes the names of more than 5,000 massacred PMOI prisoners.
The book contains the locations of many of the secret graves and the names of 35 death commissions involved in this horrendous slaughter. A majority of those death commission members are now among key officials of the clerical regime.
Today, not only the images but the martyrs themselves are with us and standing by our side.
Although the location of their tombs are not known, their memories live on in the hearts of millions of Iranians.
Their perseverance for the cause of freedom and their rejection of Khomeini and his regime inspired the whole nation to resist and remain steadfast.

At the time of their execution, when they hailed freedom and cried out loud, “death to the reactionaries,” it was as if they were crying out on behalf of the entire Iranian nation.
So, they are not gone. They epitomize the true life of Iranian nation. This is why their voice cannot be silenced, and their names are not forgotten. The more their story is told, the more it stays untold.
And it remains the untold secret of resistance of a nation, the resistance of the PMOI in the darkest era of Iranian history.
Indeed, if these Mojahedin and combatants had not made the ultimate sacrifice to safeguard freedoms, and if Massoud Rajavi had not challenged the evil and reactionary mullahs, what would have remained of Iran and Iranians?
Today, we bear on our shoulders the responsibility of seeking justice for them.
Today, fighting for freedom is our commitment, and the overthrow of the clerical regime is our responsibility. And we are not going to relent until we achieve this goal.

Today, as we have gathered here, it is also the anniversary of martyrdom of 24 PMOI members following the clerical regime’s October 29, 2015 rocket attack on Camp Liberty, in Iraq.
From the pioneering stars in 1988 to these shining stars, one can see what a blood-drenched path has been paved that will herald freedom to the people of Iran.
Seeking justice for these martyrs, for the victims of the 1988 massacre, and for all the oppressed people of Iran is a patriotic commitment.
This is a commitment and an unwavering pledge to achieve freedom. It is an unflinching commitment to overthrow the mullahs’ theocratic regime.
This is my commitment and responsibility, and yours.
Are you prepared for it, determined and enthusiastic as ever? 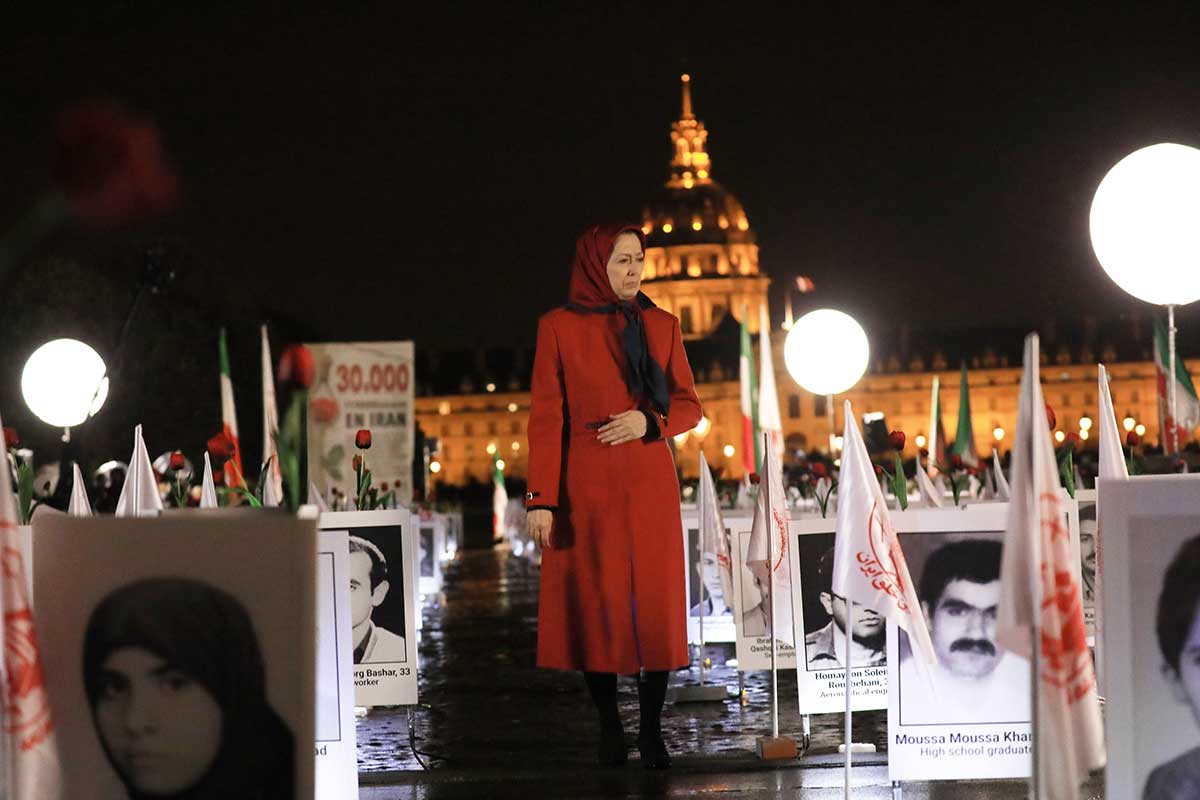