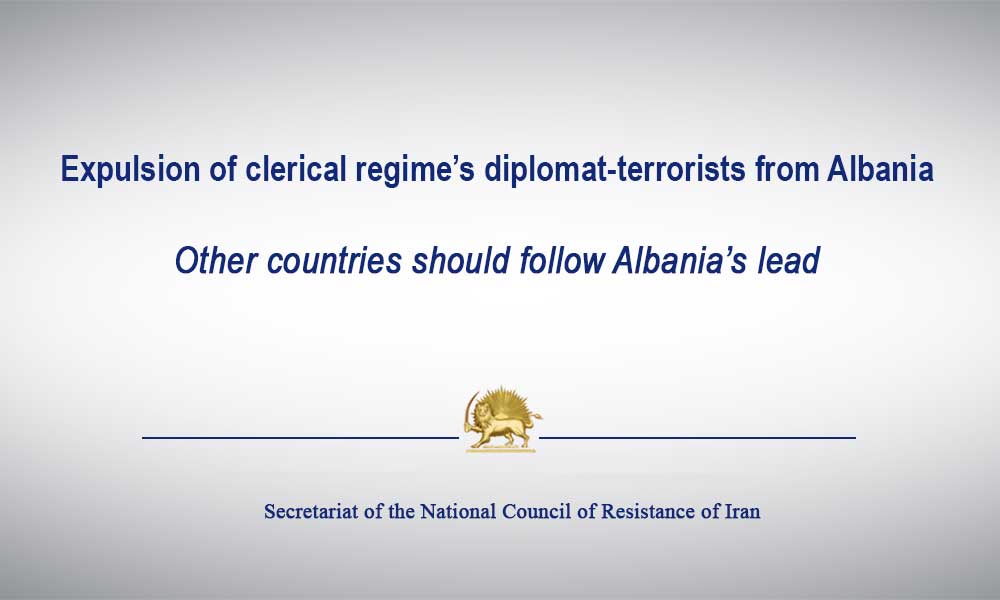 Mrs. Maryam Rajavi, the President-elect of the National Council of Resistance of Iran (NCRI), described the Albanian Government’s expulsion of two Iranian regime’s diplomats as a courageous and commendable step in combatting terrorism and ensuring the security of the people of Albania and Iranian refugees. She said other countries should follow Albania’s lead.

Mrs. Rajavi added that the Iranian regime’s representations are epicenters for espionage and terrorism. Most regime diplomats are either Intelligence Ministry agents or IRGC officers, or have received training on terrorism and espionage to serve that purpose. With the Iranian people calling for the mullahs’ overthrow in the streets, it is particularly important to adopt a decisive policy vis-à-vis the regime’s terrorism and shut down its embassies in other countries, she underscored.

Secretariat of the National Council of Resistance of Iran
January 15, 2020