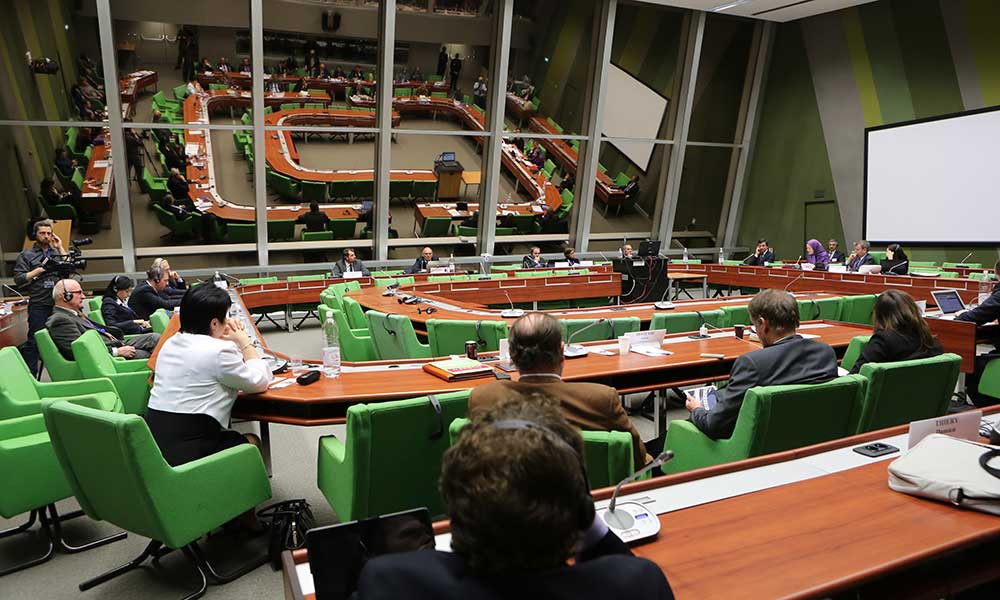 In her visit at the Parliamentary assembly of Council of Europe in Strasbourg Maryam Rajavi participated at the hearing of ALD group and explained recent developments of Middle East and Iran as well as its solution and perspectives. She also answered the questions of the parliamentarians.

This session was chaired by Mr. Jordi Xocla MEP from Spain. At the beginning Maryam Rajavi elaborated the degrading situation of human rights and mounting executions during Rohani’s tenure in Iran and said: Iran under the rule of the mullahs remains one of the most suppressive tyrannies of the time.

Iran has the highest per-capita execution rate in the world.
Defending the executions Rouhani said: by these executions we are implementing the law or the Islamic Sharia.
Inhuman and degrading punishment has been legalized under the pretext of Islam.
In Iran under the mullahs rule of law means systematic violation of human rights and denial of democracy.
The world is shocked today by beheading and other crimes committed by ISIS.
The Iranian people have suffered the same atrocities for 36 years but regrettably the world remained silent.
Maryam Rajavi reminded numerous warnings of the Iranian resistance about threat of Islamic fundamentalism and added: In 1995, I spoke at the Oslo City Hall in Norway and warned of the rising threat of Islamic fundamentalism led by the mullahs ruling Tehran, and called for the formation of an international coalition against it.
In other part of her speech she mentioned that the the mullahs regime is not part of the solution in either Syria or Iraq but the core of the problem.

The biggest mistake that international community can make is to be silent about the destructive role of the mullahs’ regime or considering cooperating with it.
She added: Let me identify three specific and viable steps to confront terrorism and extremism which has reached France and Europe.

First -All efforts must be allocated to oust Assad regime.
This is the first and also the most viable step to destroy fundamentalism in the region.
Fighting ISIS in Syria without ousting Assad will not resolve the problem.
Second- evict mullahs, Revolutionary Guards, Quds Force and their paramilitary proxies from Iraq.
This is the necessity of ending the cycle of violence and bloodshed in Iraq which creates violence and bloodshed in other countries.

Third- making concessions to the mullahs on nuclear issue must be ended.
Concessions not only increase the risk of mullahs obtaining nuclear bomb, but will further improve their ability to expand export of fundamentalism and terrorism.

Only under ONE condition the regime might abandon its nuclear weapons program.
When the mullahs see that continuing the program is more costly for their survival.
At the end of this session Maryam Rajavi answered the questions of members of parliament from ALD group in the Council of Europe.