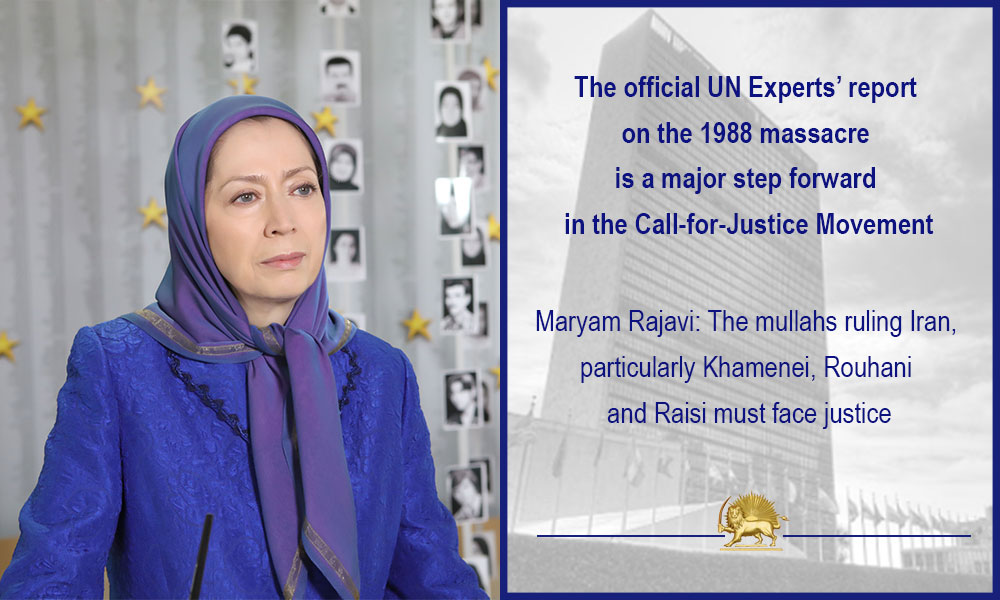 The communication by UN official experts on the massacre of political prisoners in Iran as a “crime against humanity,” which calls for a “thorough and independent investigation” into all cases, culminates the roaring blood of martyrs who adhered to their principles, and is a major step forward in the Call for Justice Movement after 32 years.

The UN official report underlines that the Iranian regime has refused to uphold its obligations under international human rights law. This underscores the need to refer the dossier of this ongoing crime against humanity to the UN Security Council, and to prosecute the perpetrators and masterminds of the great crime of this century.
The mullahs ruling Iran, particularly Ali Khamenei, Hassan Rouhani, Ebrahim Raisi, and many of the ministers and directors of the regime’s Judiciary, Intelligence Ministry and IRGC were involved in the massacre of political prisoners in 1988 and throughout the 1980s. They must face justice for committing crimes against humanity.