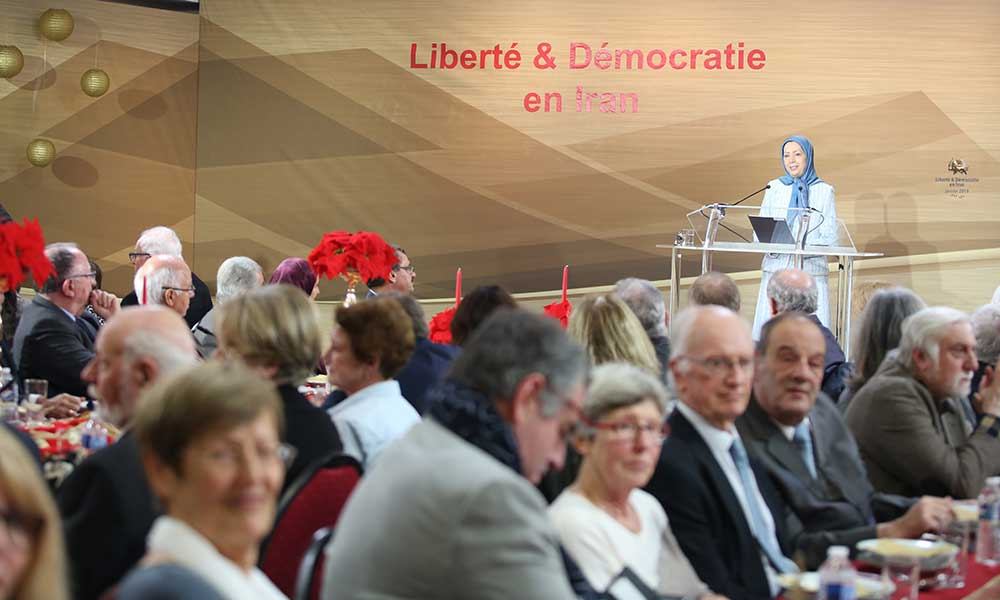 In a gathering for the New Year, Sunday, January 21, Maryam Rajavi met with a group of the elected representatives of the people of France, French supporters of the Iranian Resistance, and a number of residents of Auvers-sur-Oise and other cities.
In remarks to this gathering, she extended her New Year greetings and said:

Elected representatives of the people of France, ladies and gentlemen, dear friends,
Once again, we have gathered to celebrate the New Year.

It is a great pleasure for the big family of the Iranian Resistance to gather with their best friends. I wish you a happy New Year filled with happiness, health and success.

In Iran, 2018 began with a breeze of freedom, promising hope for regime change in 142 Iranian cities. The people of Iran took to the streets, from north to south, and from east to west. The uprising began in Mashhad, Iran’s second largest city, and subsequently spread all over the country.

Of course, the clerical regime reacted with violence. Dozens were killed. More than 8000 have been arrested. The majority of the victims are under 25 years of age. Everyday adds to the number of protesters who get murdered under torture.

This is the uprising of the poor and hungry, young men and women who suffer from unemployment, those who do not have any future. As we witnessed, Iran’s courageous women had a great role in the uprising which was sparked by economic and social demands but quickly turned political.

The regime tries to suppress the uprising by engaging its repressive forces but the protests have continued, by writing graffiti on the walls, by strikes and gatherings. In addition, many of the regime agents have defected.

The mullahs fear such uprisings inside the country and this is why the Iranian regime exports war and slaughter to Syria and other countries in the region.

The people of Iran showed in their slogans that they detest all factions of the ruling regime.
Yes, the mullahs’ religious dictatorship is on its last leg.
The country’s economy is bankrupt and the financial situation is disastrous. The banks are bankrupt. The retirement funds have gone bankrupt. The Social Security Organization and the government are all bankrupt.

After the nuclear agreement, the regime and its lobbies as well as western advocates of appeasement talked about improvement of Iran’s economy and the stability of the regime. The regime’s lobbies amplified the conflict among the regime’s factions in a bid to convince others that there are moderates in Iran. At the same time, they ignored the Iranian people’s Resistance and the alternative.

Today, even the mullahs’ leader Ali Khamenei said the MEK had planned these protests since months ago. And this is why Rouhani called the President of France and asked France to restrict the democratic Iranian opposition. In doing so, he revealed the regime’s weakness.
Even the enemies of the Iranian Resistance today acknowledge that the Iranian Resistance has deep roots among the people of Iran.

Dear friends,
A page is turning in Iran and the circumstances will never be like the past. The presence of members of the Iranian Resistance in Albania today and the expansion of the Resistance’s network inside Iran have brought the regime’s overthrow even closer.
Dear friends,

The Iranian Resistance seeks to establish a republic based on democracy, separation of religion and state, women’s equality, individual and social freedoms, and abolition of the death penalty. But the regime and its lobbies in the press have launched a misinformation campaign to smear the image of the Iranian Resistance.

Dear friends,
I hope that in the New Year will be the year for victory of freedom in Iran.
The world will get rid of the mullahs’ terrorism and extremism and we will celebrate this victory together in a free Iran.

I congratulate you on the New Year and thank you all very much. 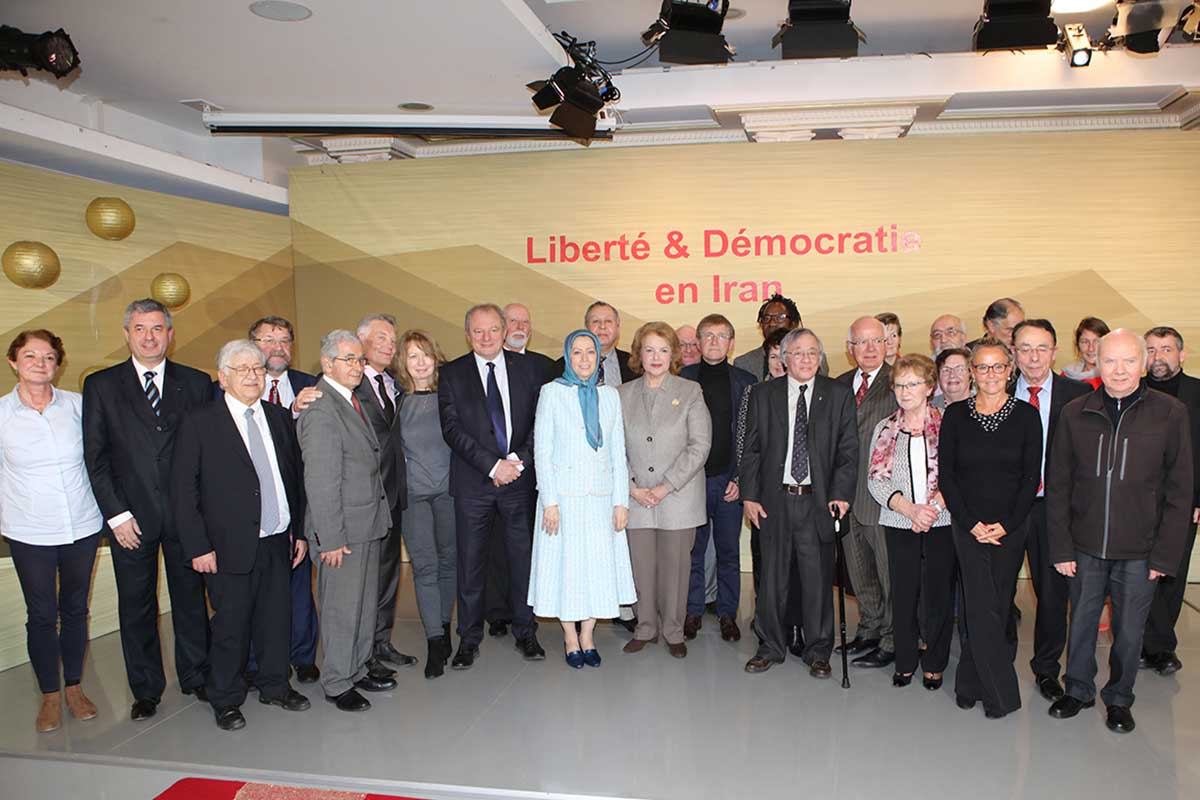