Maryam Rajavi: International support for the Iranian people’s uprising and the demands of their just resistance for freedom and justice 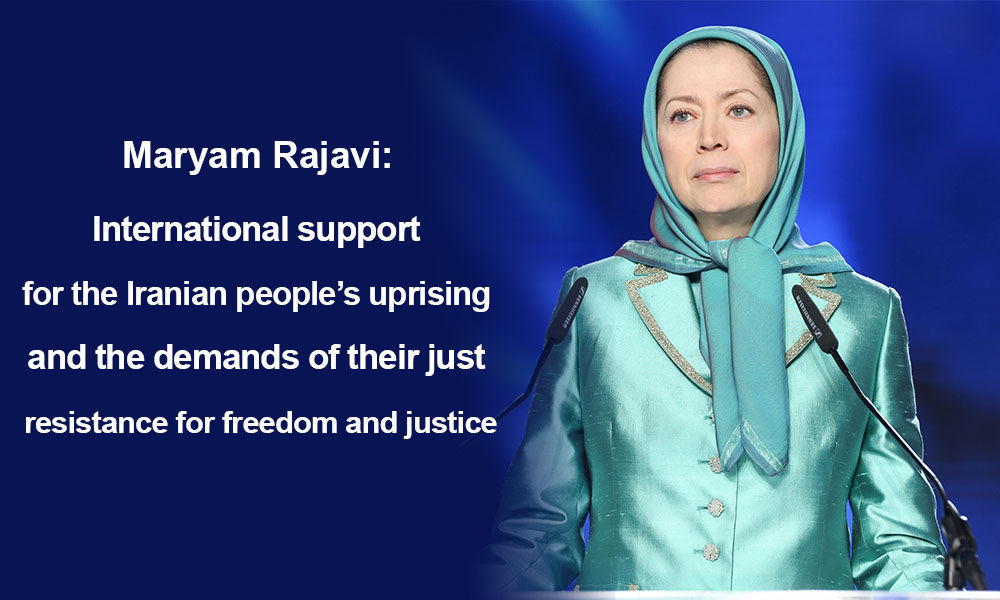 Two weeks after withdrawing from JCPOA, the United States Secretary of State in his first public message recognized the Iranian people’s uprising against the religious dictatorship and the biggest sponsor of terrorism and called for an international front against the Iranian regime.

The Secretary of State referred to major flaws of the JCPOA and the “blood money” offered to the regime and individuals like Qassem Soleimani, an IRGC Commander, and recalled Security Council resolutions to reiterate that any new agreement with the Iranian regime must include a halt to nuclear enrichment, unqualified access to all nuclear sites, end to proliferation of ballistic missiles and development of nuclear-capable missile systems, respect for the sovereignty of Iraq and disarming proxy forces, withdrawal of all forces under Iranian command from throughout the entirety of Syria, end to launching missiles and threatening its neighbors, and end supporting terrorist groups in Yemen, Lebanon and Afghanistan. Addressing the clerical regime, he emphasized that negotiation is possible if they changed behavior.

Maryam Rajavi described the recognition of people’s uprising and the demands of the Iranian people’s just resistance in the past 37 years as a major step.  “Change in the behavior of the mullahs will inevitably lead to the change of their regime. Democratic change in Iran is the only solution to the problem in Iran and the crisis in the region. Forming an international front against the religious and terrorist dictatorship in Iran is requisite for establishment of peace, security and coexistence in the region and world over,” she stressed.

At the start of the nuclear talks with the mullahs’ regime on November 24, 2013, Maryam Rajavi had emphasized, “The full implementation of Security Council resolutions, particularly the complete halt to uranium enrichment, agreeing to the Additional Protocol, and the IAEA inspectors’ unhindered access to suspected nuclear centers and facilities are essential for the regime to abandon nuclear weapons.”

Maryam Rajavi also reiterated immediately after the nuclear deal on July 14, 2015: “Circumventing the six UN Security Council resolutions and an unsigned agreement, which lacks the requirements of an official international treaty, would neither block the mullahs’ pathways to deception nor their access to a nuclear bomb… and the other important issue is that the money poured into the regime’s coffers must be placed under strict United Nations monitoring to ensure that it addresses the Iranian people’s urgent needs, especially the unpaid meager salaries of workers, teachers, and nurses, and is used to provide food and medicine to citizens.” “Otherwise,” she said, “Khamenei will use these funds to further the regime’s policy of export of terrorism and fundamentalism in Syria, Yemen and Lebanon as well as to fill the coffers of the Islamic Revolutionary Guards Corps, adding, “It is the Iranian people’s right to know what they will get out of this agreement, upon which the mullahs’ president claimed their water, bread and environment depended.  Any agreement that disregards and fails to underscore the Iranian people’s human rights will only embolden the regime in its suppression and executions. Further, it would trample upon the rights of the Iranian people, the Universal Declaration of Human Rights, and the United Nations Charter.”

Secretariat of the National Council of Resistance of Iran
May 21, 2018