Iran: Demonstration by people, university students in Tehran with chants of “death to the dictator,” “IRGC shame on you, leave the country alone.” 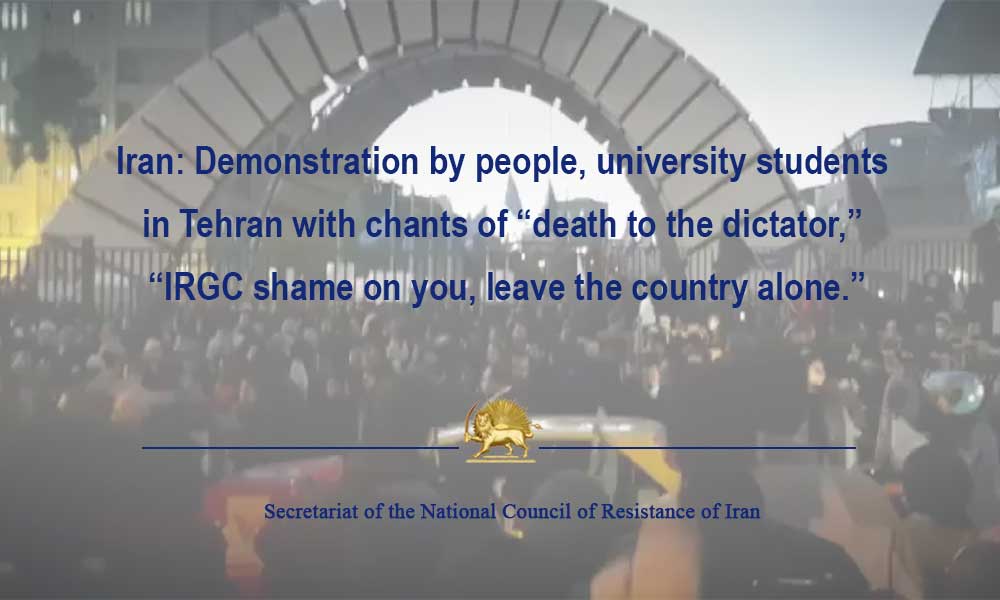 They chanted, “death to the dictator,” “Death to this murderous regime,” “Don’t call us seditionist, you are the sedition, you the oppressor,” “Death to this theocracy, for crimes in all these years,” “We did not give our lives to compromise and praise the murderous leader,” “Khamenei shame on you, leave the country alone,” “IRGC shame on you, leave the country alone,” “Have no fear, we are all together,” “I will kill whoever killed my brother,” and “1,500 killed in November.”

By chanting, “Commander-in-Chief of the Armed Forces, resign, resign,” the protesters called for the overthrow of Khamenei’s regime. The suppressive forces attacked the protesters and tried to disperse them by firing teargas.

Mrs. Maryam Rajavi, the President-elect of the National Council of Resistance of Iran (NCRI), hailed the arisen students and people in Tehran and urged all Iranians, especially the youth, to express support and solidarity with the families of the victims of this horrific crime by the mullahs. She called on the international community to prosecute and punish those responsible. The main culprits, Mrs. Rajavi said, are Ali Khamenei, as the Commander-in-Chief of the Armed Forces, Hassan Rouhani and IRGC commanders.

Secretariat of the National Council of Resistance of Iran
January 11, 2020