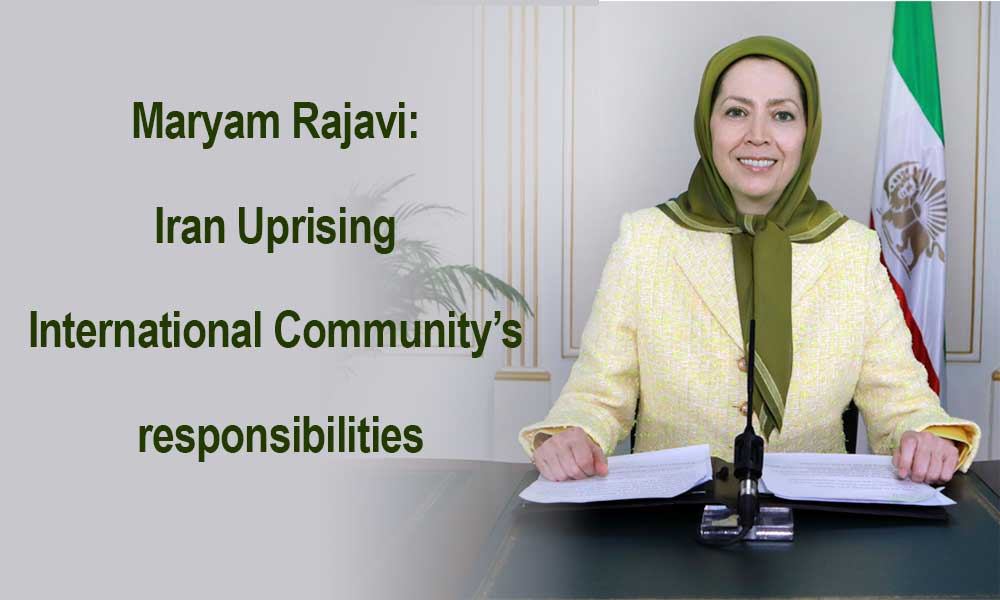 Distinguished Senators,
Dear friends,
I would like to express my appreciation for your attention to the situation in Iran and the Iranian people’s uprising against the mullahs’ religious fascism.

Today, it is universally accepted that the clerical dictatorship is responsible for gross human rights violations in Iran.

The regime is also recognized as an immediate threat to global peace and security by continuing the wars in Syria and Yemen, the terrorist operations by the IRGC-backed militias in the region, through money laundering and financing terrorism, with its ballistic missile program in violation of the UN Security Council resolutions, and by taking hostage western citizens.

What explains this aggressive behavior?
Is it because the regime is powerful, or because it tries to defend itself against foreign threats? None of these answers is correct.

The mullahs’ warmongering must be viewed in the context of its underlying instability at home.

The recent uprising in Iran attested to this fact.
It showed that the mullahs are facing a nation that wants regime change. The uprising showed the rejection of all factions within the regime and the determination of the Iranian people to overthrow the regime in its entirety.

And what are the unique features of this uprising?
The uprising took place in all Iranian provinces. It focused on the regime’s overthrow. The protesters targeted the centers of suppression. They also rejected the regime’s export of fundamentalism and war to the region. Another feature of the uprising was that it was organized.

The centers of rebellion, supporters of the PMOI, had a significant role in the uprising. The regime’s president, in his call to the French President on January 2, and the supreme leader on January 9 repeated that the PMOI had organized the uprising.

Another important feature of the uprising is its potential to continue. The uprising erupted despite absolute repression. The IRGC arrested 8,000 people. They also murdered dozens of protesters and at least 14 were tortured to death while in detention. Nevertheless, protests are on the rise.

In recent weeks, the people of Kurdistan staged a general strike. The farmers of Isfahan staged an uprising. The workers of Steel Industries and Sugar Cane Factory have been on strike and demonstrating in the streets for a long time. Enraged citizens have staged numerous demonstrations outside government buildings in downtown Tehran.

The people of Iran expect the world to predicate their relations with the mullahs on end to torture and executions.

They also demand the expulsion of the regime from the region, dismantling of its missile program, a total ban on all uranium enrichment and accepting unconditional inspections of its suspected sites. The regime’s access to the international banking system must also be cut off.

Let me reiterate, the solution is regime change by the Iranian people and Resistance.
The people of Iran expect the international community to stand by them.

I thank you all very much, particularly the honorable US senators who have voiced support for the Iran uprising and for freedom and democracy.