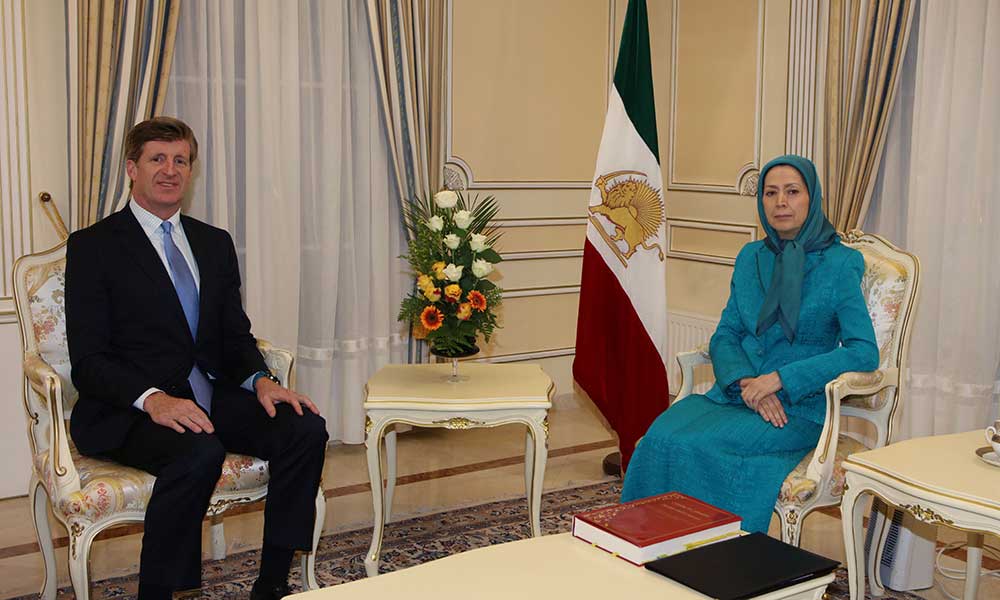 They discussed the critical situation of the clerical regime in Iran, the continued uprisings, and the regime’s resort to terrorism to break out of the crises which mark the regime’s terminal stage.

Maryam Rajavi elaborated in this meeting on the present situation in Iran, the continuation of the uprisings and the role of resistance units in expanding the protests. She emphasized that the regime does not have any way out of the crises besetting the entirety of the regime as the Iranian people’s revolts to overthrow the regime are going to carry on.

Referring to the Iranian regime’s recent terrorist plots against the PMOI in Albania, France and Belgium, as well as the arrest in the U.S. of two spies tied to the regime, Patrick Kennedy said these incidents indicate that the PMOI is the only existential threat to the regime and the only viable alternative to them. There is no history or trace of any other group who could claim to the regime’s alternative.

Mr. Kennedy reiterated that the PMOI is the only genuine alternative which has kept the flames of resistance burning. The PMOI has struggled for freedom against the Shah’s detested dictatorship and SAVAK, and against the theocratic regime ruling Iran. Such continuity in struggle against dictatorial regimes is an indication of the PMOI’s profound conviction in practical implementation of democracy.