Maryam Rajavi’s message to Iranians’ rally in Paris: The uprising and struggle to overthrow the mullahs cannot be contained 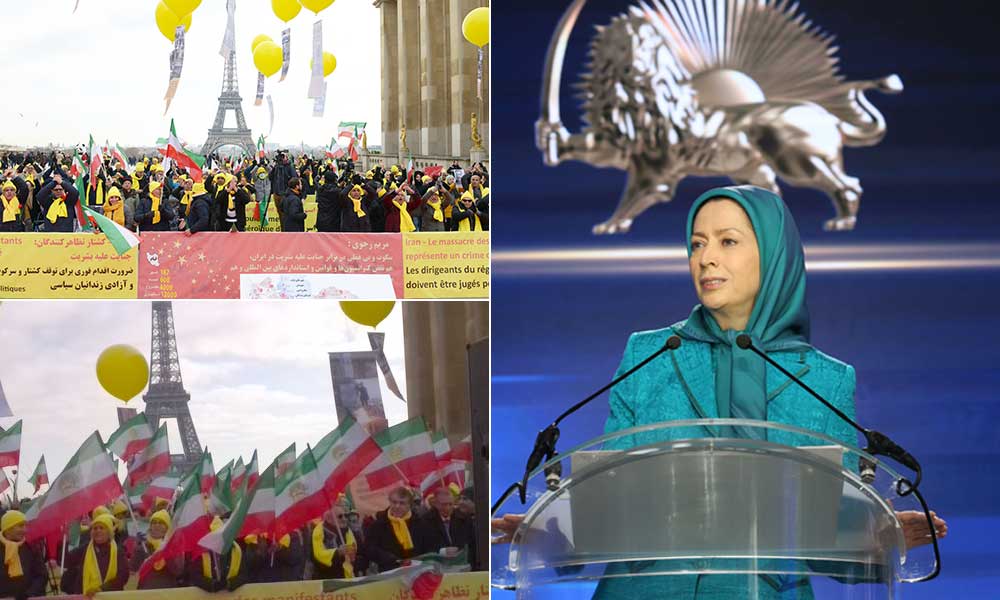 Friends of the Iranian Resistance in France,
Fellow compatriots,
I salute you all who have found defense of freedom and democracy and defense of human rights in supporting the Iran uprising.
The blood of over 600 rebellious youths, the cries of 12,000 arrested youths detained in Khamenei’s torture chambers, and the cries of a rebellious nation from across Iran call on the world to stand up to the religious fascism.
They cry out: We shook the earth underneath the decadent rule of the mullahs in 187 cities.
They say: We paid a heavy price to prove that there remain no other options but to overthrow the mullahs.
And we showed that wherever we are, in any part of Iran, with any creed, religion or nationality, we have a single most urgent political demand, and that is the establishment of freedom and democracy in Iran by overthrowing this regime.
The international community faces a great test to stand by the people of Iran and the Iran uprising, and to condemn the carnage and crimes against humanity committed during the crackdown on the uprising of an arisen nation.

Dear friends,
The uprising in November showed that the regime is not capable of containing the roaring tides of protests and social rebellion, and that the Iranian people will never give in. The conditions will not revert back to the pre-uprising equilibrium.
Horrified by the looming specter of being overthrown, the mullahs are resorting to outrageous crimes.
Khamenei has ordered his mercenaries to shoot directly at youths in the streets. Rouhani has praised the criminal repressive forces, saying, “I bow before them for their efforts.”
In line with the uprising in December2017-January 2018, the November 2019 uprising has left no maneuvering room for the criminals who pretend to be moderates and reformists.

Fellow compatriots, dear friends,
This uprising is durable and the regime is not able to contain the protests and prevent the rising of rebellious cities, the resistance units and the great Liberation Army.
This uprising will carry on until it overthrows the entire clerical regime; this uprising will continue until freedom and popular sovereignty are established in Iran.

Unfortunately, however, the international community has not responded properly to the crimes against humanity that are currently going on in Iran, in these very days. This approach is the continuation of the same trend which gave impunity to the masterminds of the massacre of political prisoners in the 1980s and especially in 1988. Crime against humanity during the November 2019 uprising is being led by the same officials who were responsible for the 1988 massacre.

As we approach December 10, the anniversary of the adoption of the Universal Declaration of Human Rights, the people of Iran expect the world community to take a practical step vis-à-vis the suppression of human rights in Iran by pressuring the mullahs’ regime to stop torture and killings of those arrested in the Iran uprising.
The European Union must stop its appeasement of the clerical regime. No concessions should be granted to a regime that slaughters protesters and breaches its commitments to the JCPOA, one after the other. The EU must pull the trigger of UN Security Council sanctions against this barbaric dictatorship which is a threat to global and regional peace and security.
For their massive suppression and bloodshed, the UN Security Council must declare the Iranian regime leaders as criminals committing crimes against humanity and hold them accountable.
We urge France to lead a European initiative to dispatch an international fact-finding mission to Khamenei’s torture chambers.
The international community must strongly condemn the mullahs’ internet terrorism and assist the people of Iran in circumventing this inhuman blockade. 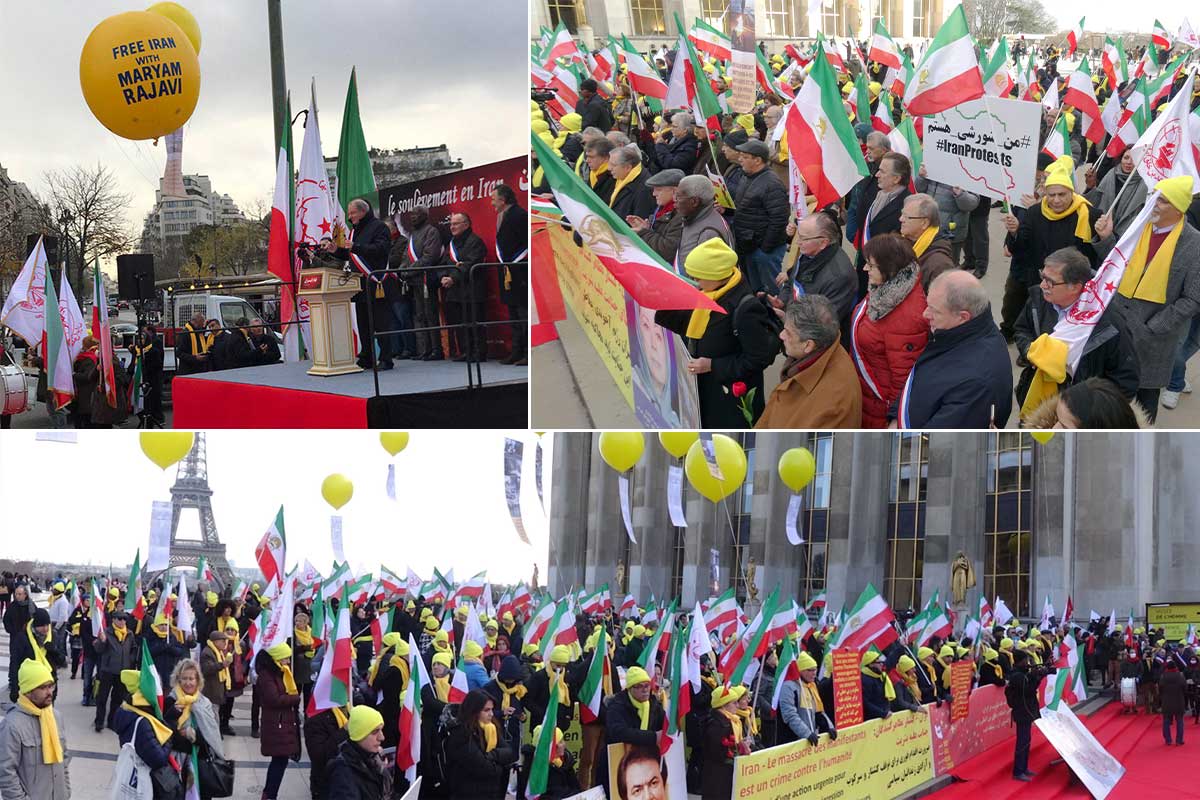