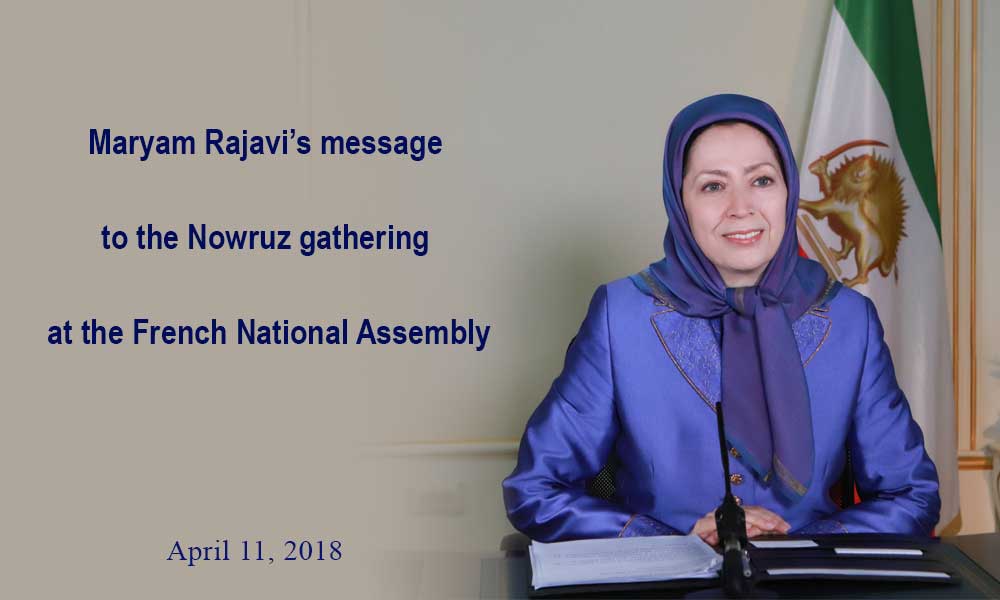 On the occasion of Nowruz, the Persian New Year, a gathering was held at the French National Assembly on April 11, 2018, where a number of Members of Parliament and French personalities participated.

In a video message to this gathering, Maryam Rajavi congratulated everyone on the New Year and said:

Nowruz is an ancient festivity of several thousand years, symbolizing the Iranian people’s hope for change. In recent decades, Iranians’ embrace of Nowruz has also been a form of expression of opposition to the mullahs’ religious dictatorship which is the enemy of Iran’s culture and civilization.

Since then, popular demonstrations and strikes have continued extensively and incessantly all across the country, including repeated general strikes in the Kurdish areas, demonstrations in recent weeks by Arab Iranians in the oil-rich regions of the south, strikes and protests by the Steel Industry and Sugar Cane workers, continuous protests by farmers in Isfahan, and the recent protests in Tehran.

Clearly, the people of Iran have embarked on a movement for regime change. A Persian proverb says, “A good year starts with a good spring.”

It is, therefore, foreseeable that the coming year is going to bear a powerful protest movement in Iran. The mullahs’ regime is essentially unstable and such instability is going to aggravate. Regime change at the hands of the people of Iran is inevitable.

Fortunately, the People’s Mojahedin Organization of Iran (PMOI), the pivotal force in the National Council of Resistance of Iran (NCRI), has expanded its networks inside the country. These networks had an essential role in the protests in December and January. The regime’s officials, particularly the mullahs’ supreme leader, have acknowledged the role of the Mojahedin in the uprising.

The clerical regime’s spin doctors used to claim that the situation in Iran would improve after the nuclear deal and lifting of the sanctions. The clerical dictatorship, however, stepped up its domestic repression, expanded its ballistic missile program, and fueled the wars in the Middle East. We have always emphasized that this regime will never become moderate because if it does, it would lose all its power.

Fortunately, today, France has questioned the regime’s missile program and its role in destabilizing the Middle East. The people of Iran, however, expect France to take the additional step of standing by them. They expect France to defend human rights and the people’s uprisings in Iran.

Lasting stability in Iran and tranquility in the Middle East depends on the overthrow of the religious dictatorship of the mullahs.

We have been seeking to establish a pluralist republic in Iran; a republic based on the separation of religion and state and gender equality; a non-nuclear Iran where the death penalty is abolished, ethnic groups enjoy autonomy in the framework of Iran’s national integrity, people enjoy equal economic opportunities and the environment is respected.

Wishing you a nice spring. 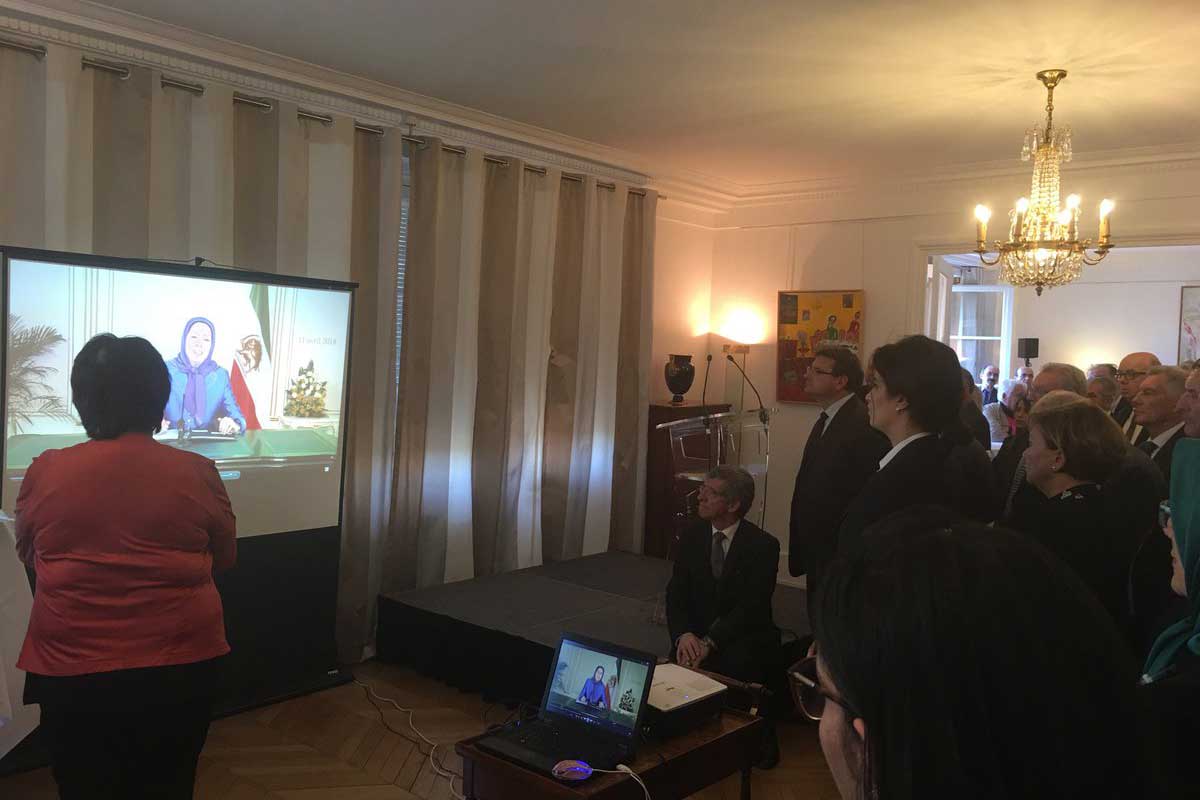