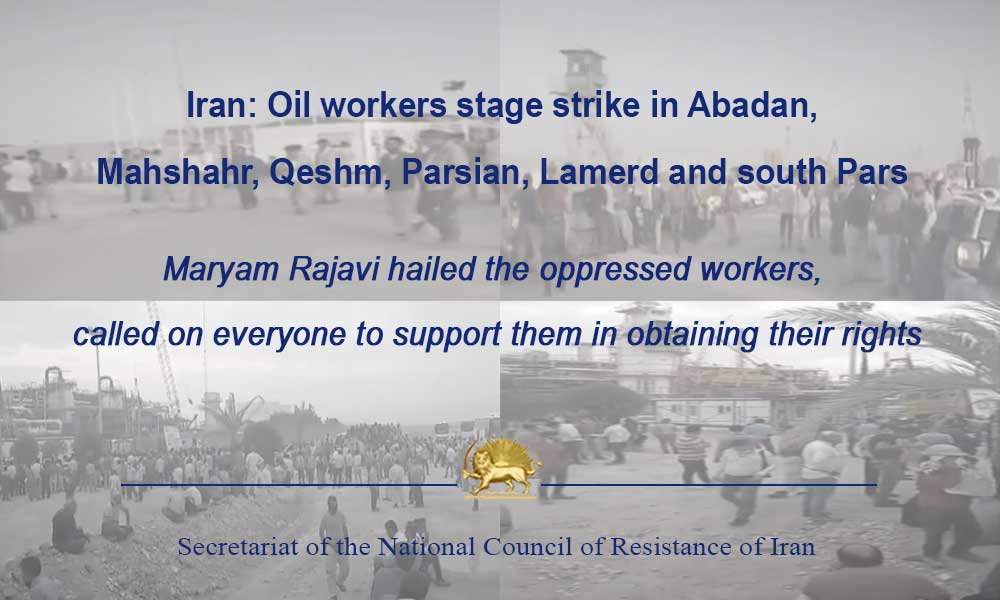 Refineries in protest against harsh working conditions, the lack of minimum safety provisions, the non-payment of wages and bonuses

Mrs. Rajavi hailed the oppressed workers, called on everyone to support them in obtaining their rights

Today, Saturday, August 1, 2020, workers and employees of Abadan and Mahshahr refineries, Qeshm Heavy Oil Refinery, as well as workers and employees of Parsian Refinery, Petrochemical Company in Lamerd (Fars Province), and phases 22 and 24 of South Pars in Kangan (Bushehr Province) staged a strike in protest against harsh working conditions, the lack of the minimum safety provisions, and the non-payment of their wages and bonuses.

In a statement, the striking workers condemned those breaking the strike and underscored that their names would be published in the next phase of the protest campaign.
On Wednesday, July 29, workers, and employees of the North Azadegan oil field stopped work in protest against low wages. The strike occurred after the executive director of the oil field threatened to fire some of the employees and workers.

Mrs. Maryam Rajavi, the President-elect of the National Council of Resistance of Iran (NCRI), hailed the striking workers at Abadan, Mahshahr, Qeshm, Parsian, Lamerd, and South Pars, and emphasized that the oppressed workers have risen to obtain their plundered rights by the anti-labor regime.

Mrs. Rajavi underscored that through oppressive contracts, the clerical regime exploits the workers and does not even pay their meager wages. It squanders the country’s capital in nuclear and missile projects as well as terrorism or plunders it or sends it to the bank accounts of its officials and their families abroad.
Mrs. Rajavi called on everyone to support the workers who have staged a strike to obtain their violated rights.

Secretariat of the National Council of Resistance of Iran (NCRI)
August 1, 2020