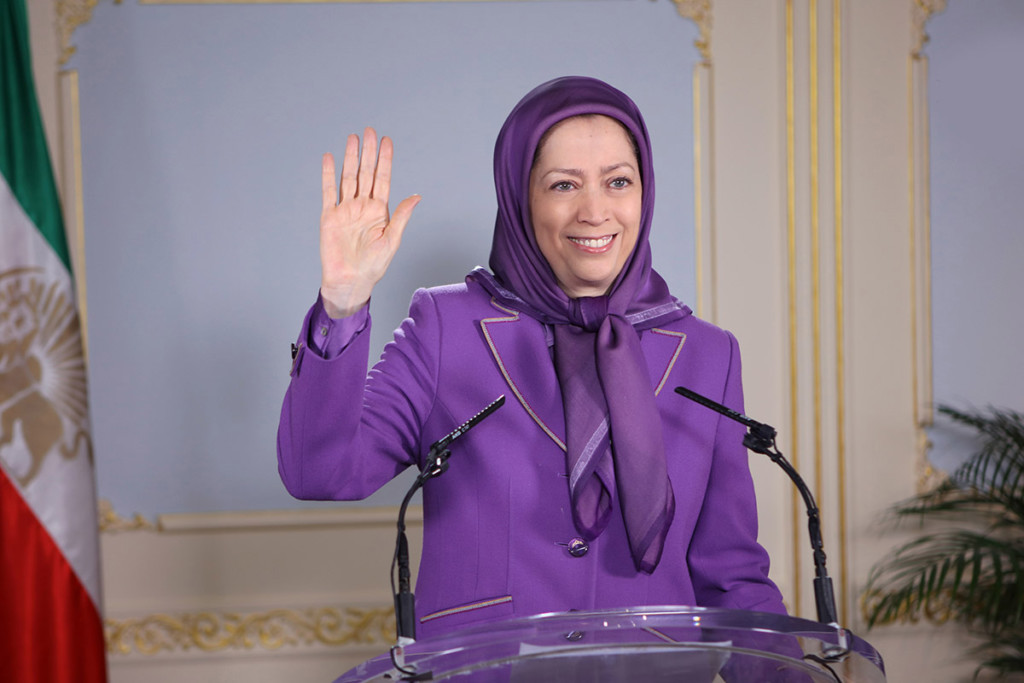 I sincerely appreciate your attention to the situation of women and human rights in Iran on the occasion of the
International Women’s Day.
The mullahs’ aggressions in the Middle East and its nuclear and missile programs have drawn much attention.
However, we must highlight these vital realities in Iran:
A deep political and social crisis, a society ready for change, and an organized movement in which women have an important role.
Under the clerical rule, women are systematically suppressed.
On average 2000 women are arrested daily for not observing the forced dress code.
According to the law, women must obey their husbands; they are deprived of the right to divorce.
If they get divorced, they are deprived of the care of their children.
When it comes to the regime’s Penal Code: women’s rights is half of men’s.
Although women make up a large work-force, they only take 14 percent of the job market.
In September 2016 the mullahs’ supreme leader- Khamenei in a declaration announced that women’s role is being a mother and a housewife while men’s role is fatherhood and economic.
He also called for enforced government policies to increase birth rate.
In fact, by repressing women, the mullahs enslave the whole society.
On the other hand, however, Iranian women play a significant role in the Iranian people’s resistance against this religious tyranny.
Tens of thousands of women were tortured or executed in the struggle for freedom, democracy and equality against religious dictatorship.
Today, women hold most of the key positions in the Resistance movement.
Women make-up more than 50 per cent of the members of the National Council of Resistance of Iran.
At the same time, the Iranian Resistance’s 14-year perseverance in camps Ashraf and Liberty was also made possible under women’s leadership.
Dear friends,
In fact, women are the force for change in Iran.
This is why the mullahs keep adding to their laws against women every year in order to impose and justify more restrictions on them.
Hassan Rouhani’s government claimed to be moderate.
However, it did not introduce even a minor reform in the regime’s laws.
Dozens of women were executed during his term.
In the face of such a situation, we stand for women’s equality before the law; in family rights, in economic opportunities, as well as equal and active participation in political leadership.
We stand for women’s freedoms including freedom of choice in clothing, marriage and the right to divorce.
Unfortunately, western governments took no action on the suppression of women and violation of human rights in Iran.
They have abandoned Iranian people who fight the godfather of Islamic fundamentalism.
Visits to Iran under the mullahs’ rule, and silence on the violations of human rights, mass executions and systematic abuse of women’s rights is legitimizing human rights violations in Iran.
Western governments must not turn a blind eye on the fact that the mullahs active support for fundamentalism has paved the way, ideologically and politically, for the emergence of Daesh.
Since mullahs took power in Iran, more brutal and inhuman punishments such as stoning of women have been legalized.
Western governments must not close their eyes on this reality that the mullahs’ rule in Tehran has contributed to inhuman, misogynist policies in some countries of the region.
They must not turn a blind eye on the fact that there is a long list of fundamentalist militia groups in Lebanon, Iraq, Syria and Yemen who take direct orders from Khamenei.
I call on the world community, particularly the women of Britain and the houses of parliament to support the Iranian women’s struggle against the misogynist regime.
In the end, I would like to use this opportunity to extend my deep gratitude to members of the UK parliament, especially to Baroness Boothroyd, and members of the British Parliamentary Committee for Iran Freedom, for their support for the Iranian people’s Resistance.
I especially thank them for their efforts for the safety and security of my sisters and brothers in Ashraf and Liberty and their relocation to Europe.
I thank you all very much.