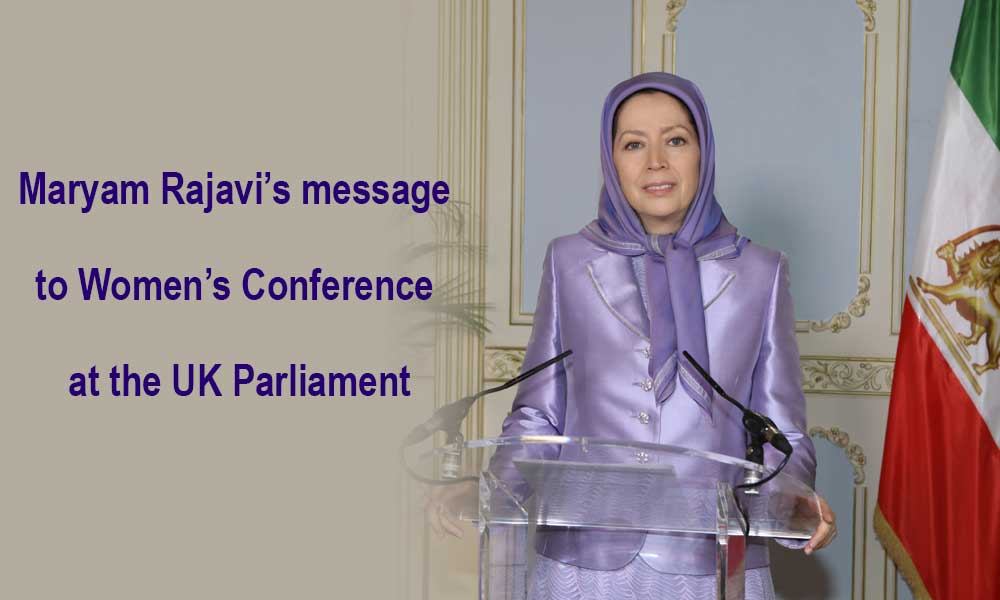 Let me congratulate you and all my sisters in the UK on the International Women’s Day.
I would also like to appreciate the great women of Britain who have defended the rights of the oppressed people of Iran, and particularly the Iranian women.

The women of Iran are encouraged by your support and friendship.
Iranian women played a significant role in the uprising in December and January.
This is an achievement for all women.

Iran uprising was against the Iranian regime and its fundamentalist policies.
The protesters condemned the war waged by the Revolutionary Guards against the people of Syria.

They said that time is up for the sham reform.
They called for the overthrow of the entire regime.
The central role played by women and young people was one of the most important aspects of this uprising.

IRGC commanders have confessed that women inspired the protests.
The Interior Ministry has also announced that 90 percent of those arrested are under 25.
Millions of women and youths in Iranian society are educated, but they do not have any role in the country’s economy and policy.

Iran’s economy is collapsing because the mullahs are spending the lion’s share of the country’s revenues on suppression, export of terrorism and war in Syria and other countries in the region.

They are also plundering a large portion of the revenues.
But women and youths are victims of this crisis.

In recent years,
100,000 working women have been fired from their jobs, every year.
Some of them are so poor that they have to sell their kidneys.

At the same time, women and young people are brutally oppressed.
According to the Iranian regime’s officials, at least 2,000 women are arrested in the streets every day for not observing the compulsory veiling.

Over 80 women have been executed under Hassan Rouhani as president.
This is the person wearing the mask of moderation.

Despite all this, Iranian women and youths have been able to expand the uprising to 142 cities.
They have a fundamental role in expanding the protests and strikes.

They are preparing for future protests.
The situation in Iran is turning against the mullahs.

Iran’s women and youths seek the overthrow of the religious dictatorship.
They want a republic based on separation of religion and state.

Every single penny added to the mullahs’ revenues contributes to suppression and poverty in Iran, and fuels the war in Syria and other countries of the region.
The mullahs have killed at least 12 protesters under torture.

They have arrested thousands of protesters.
I urge you to help stop this brutal suppression.
Encourage the UK government to condition its relations with the regime in Tehran on ending torture and executions.

The uprising of your sisters in Iran against the mullahs’ misogynist regime is an advancement for all humanity.
Any step you take for them, any activity in defense of the arrested women, any effort to expose the torture of prisoners, and anything you do to compel your governments to cut ties with the clerical regime, is going to have an impact.

In the present circumstances, we call for the immediate release of the prisoners of the uprising, freedom of expression and assembly, and abolition of women’s suppression and the compulsory veil.

To realize these objectives, we need the support of each and every one of you.
The day when the women of Iran destroy the roots of fundamentalism in Iran, freedom and equality will make a leap forward all across the world. And that day is not far.
I thank you all.