Maryam Rajavi: The UN Security Council must condemn the mullahs’ regime for concealing the truth about the spread of Coronavirus 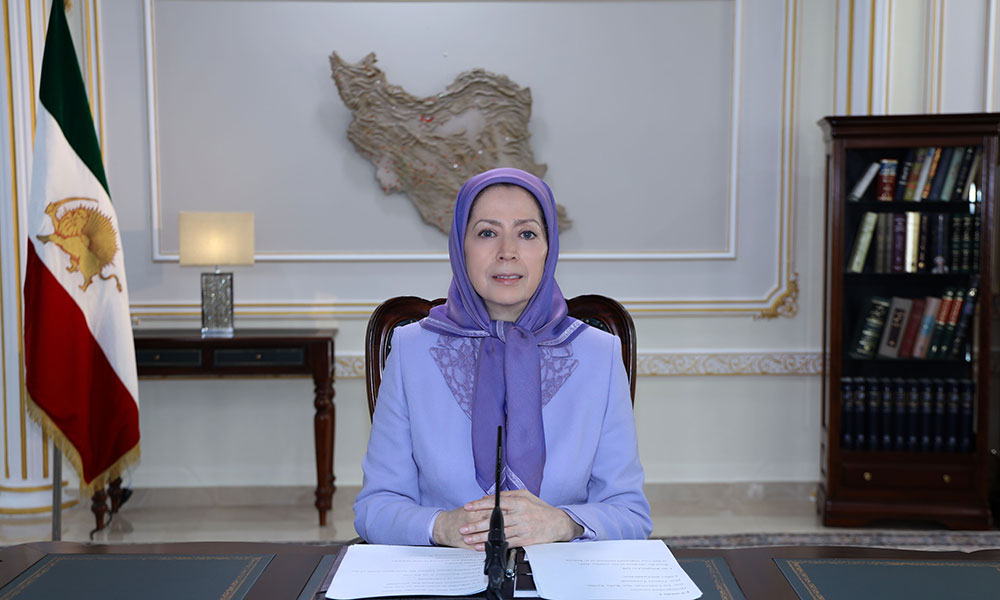 At the outset, I want to draw your attention to an urgent situation that is the ongoing tragedy in Iran.
Due to the regime’s failure to inform the people about the spread of coronavirus or to take the necessary preventive measures, more than 3,000 people have died so far. The regime officials concealed the presence of the virus in Iran for several weeks to ensure a turnout in the sham parliamentary election.

The consequences are not limited only to Iran. They have caused the spread of the virus to several countries.
Today, people of Iran rightly blame the regime for the current situation. Therefore, the objective of the regime and its suppressive forces is to suppress people’s discontent.

The regime’s fear and its suppressive measures are due to the fact that Iran is on the verge of change.
The November uprising in Iran displayed the Iranian people’s resolve for regime change. People were chanting “down with the dictator,” “Down with Khamenei and Rouhani.”

Despite the brutal crackdown and killing more than 1,500 protesters, the regime failed to extinguish the Iranian people’s desire for freedom.
In January, after the IRGC’s downing of the Ukrainian airliner, the people of Iran were once again in the streets demanding regime change. They chanted, “Down with the religious dictatorship” and they stressed their rejection of dictatorship under any banner and demanded a republic based on people’s vote.

Dear friends,
Change in Iran is within reach for a number of reasons:
The overwhelming majority of the Iranian people want fundamental change, and have demonstrated this desire repeatedly.
The regime fears its downfall because it is engulfed in crises with no way out.
The economic situation has worsened. Corruption is widespread. Popular discontent is on the rise. The regime cannot address the most basic needs of the people.
In recent months, the regime has received several setbacks in its regional strategy, seriously undermining its survival.
The elimination of terror master Qassem Soleimani was a crushing blow to the regime.
Change in Iran is within reach because there is an organized resistance movement with deep roots in Iranian society; a capable movement with a strong nationwide network whose members are prepared to pay the price to liberate Iran from the mullahs’ rule.

Distinguished senators,
The policy of appeasement, which helped the regime to prolong its repressive rule, has failed.
Let it be clear, the Iranian people and their organized resistance will overthrow the regime.
However, it is necessary to hold the regime’s officials accountable for crimes against humanity, and to increase pressure on the regime to release the political prisoners and to ensure free access to internet for the Iranian people.
The international community must force the IRGC and its proxies to leave Iraq, Syria, Yemen, Lebanon and other countries.

Today, there is no doubt that the regime has not stopped its race towards a nuclear bomb.
The UN Security Council resolutions must be re-implemented, the nuclear sites must be shut down, and snap inspections must be carried out.
The UN Security Council and its member States must condemn the mullahs’ regime for concealing the truth about the spread of Coronavirus and putting the lives of the people of Iran and other countries in danger.
Urgent action must be taken to save the lives of prisoners in Iran, particularly political prisoners, in order to prevent a humanitarian catastrophe.

It is time for the international community to recognize the Iranian people’s struggle to overthrow the clerical regime and support their aspirations for a free and democratic republic based on universal suffrage, gender equality, separation of religion and state, and a non-nuclear Iran.

Once again, I thank you for your support and solidarity.