Maryam Rajavi: Solidarity with call for protest and public mourning in Iran Kurdistan 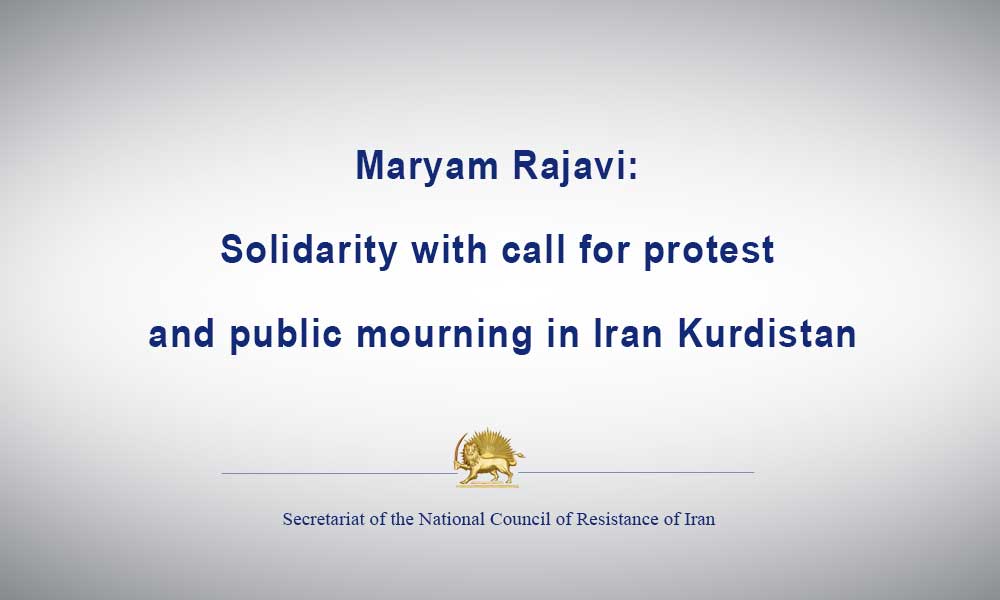 and welcomed the call for protest and declaration of public mourning by organizations, groups and committees that defend human rights and political prisoners in Kurdistan.

In addition to the Kurdish compatriots, Rajavi urged Baluchi and Arab compatriots in Sistan and Baluchistan and Khuzestan to join in solidarity with this call and this just movement against the wave of execution of the gallant children of Iran who are unceasingly and innocently martyred in these regions.
In particular, Rajavi reminded that Thursday, November 14, is the Day of Ashura, and it is hence fitting that all compatriots reverberate the call of the eternal prophet of freedom during the month of Moharam and mourning throughout Iran in confronting the freedom-killing and demagogic tyranny of mullahs.
Maryam Rajavi reminded that the popular uprisings, the calls by political and social currents, demonstrations, strikes, protests and confrontation against elements of the anti-human enemy “at any opportunity, any time, and any place” is indication of liveliness and perseverance in Kurdistan as well as throughout Iran.
Maryam Rajavi described the concurrency of executions in Kurdistan and execution of 16 political prisoners in Baluchistan following the mass execution of 52 PMOI members in Ashraf as obvious sign of dread of a shaky mullahs’ regime as it faces Iranian people’s uprisings against dictatorship, tyranny and inequality while it attempts to smile and wave to Western countries in the nuclear negotiations to get them to condone its atrocities against humanity and avoid referral of its human rights dossier to the Security Council.

Secretariat of the National Council of Resistance of Iran
November 10, 2013