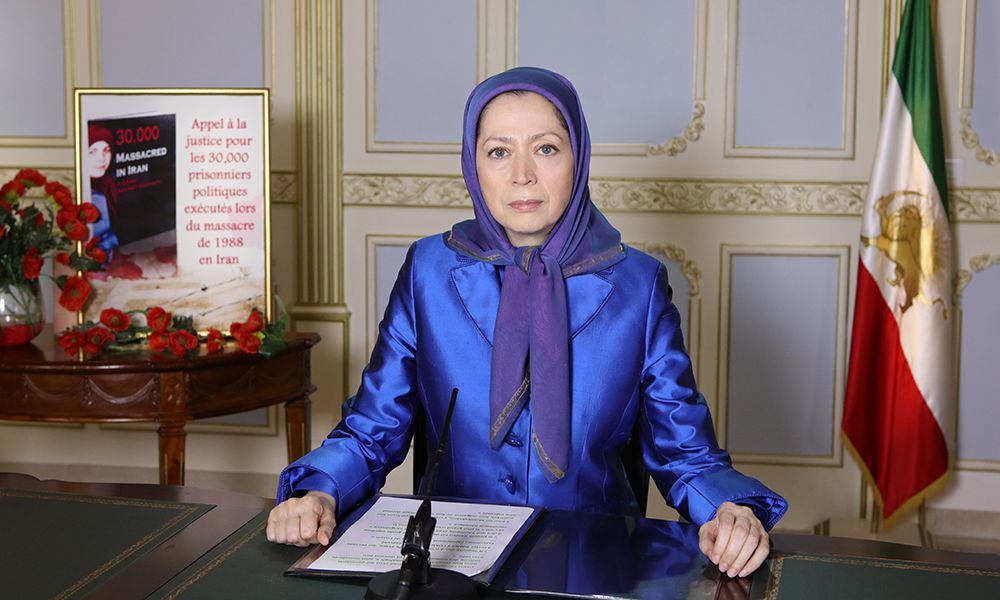 The movement to obtain justice for the victims of the 1988 massacre is part of the national movement for Iran’s freedom
The time has come for the UN to adopt a resolution, condemning this crime. The international community must prosecute Iran’s ruling mullahs

Let me begin by honouring the anniversary of the liberation of Paris, and by paying homage to the heroes who sacrificed their lives for freedom and taught the lesson of perseverance.  They showed that we can and we must defeat the enemy even if it appears to be powerful and invincible. It was not the military force, but the power of faith in human values that liberated Paris. Such faith will also be the force to liberate my country which is enchained by a religious dictatorship.

These days, we are commemorating the anniversary of the massacre of 30,000 political prisoners in Iran, a hideous genocide carried out by the mullahs’ religious dictatorship.

In summer 1988, Khomeini issued a decree for the massacre of prisoners affiliated to the People’s Mojahedin Organization of Iran, in which he wrote, “Whoever –in prisons across the country– continues to persist on his/her position of hypocrisy, is considered the enemy of God and is punishable by death.”

Khomeini’s Chief Justice asked him whether the decree applied to the prisoners who had already been sentenced to limited jail terms. Khomeini replied, “If anyone, at any stage, persists on hypocrisy, his/her sentence is death. Annihilate the enemies of Islam, at once.”

Twenty-eight years after the massacre, an audio recording was published this month of a meeting between Montazeri, Khomeini’s incumbent successor, and the officials responsible for the massacre. The meeting had been held in the midst of the carnage.

In this meeting, the officials responsible for the massacre said that they had asked every single member of the PMOI whether they still adhered to the PMOI’s ideas. Those who responded positively, were executed. The officials also explained about their plans on how to continue the massacre.

In this meeting, Montazeri said: “The Iranian people are repulsed by the velayat-e-faqih” and “later, they will say that Khomeini was a bloodthirsty and brutal figure.” He added that this was “the greatest crime committed during the Islamic Republic.”

Based on this audio recording, those massacred included 15-year-old girls and pregnant women. It was because of such protests that Montazeri was ousted from his position and remained under house arrest until the end of his life.

You might be surprised to learn that one of the main officials responsible for that massacre, namely Mostafa Pour-Mohammadi, is today the Minister of Justice in Rouhani’s cabinet.

Western governments have so far remained silent on this great crime against humanity. The time has come for the UN to issue a resolution censuring this crime. The international community must prosecute the mullahs ruling Iran.

We have organized a movement, both inside Iran and on the international level, to obtain justice. This litigation is part of a national movement for Iran’s freedom. The martyrs’ families as well as this movement demand that the names of the victims, addresses of their graves and names of the perpetrators of this crime be published.

I urge you and all advocates of human rights to join the people of Iran in this quest for justice.
And I thank you all very much.