Maryam Rajavi: Once again, I urge the UN Secretary General to dispatch an international fact-finding mission to investigate those killed and injured, and visit Iranian prisons and prisoners 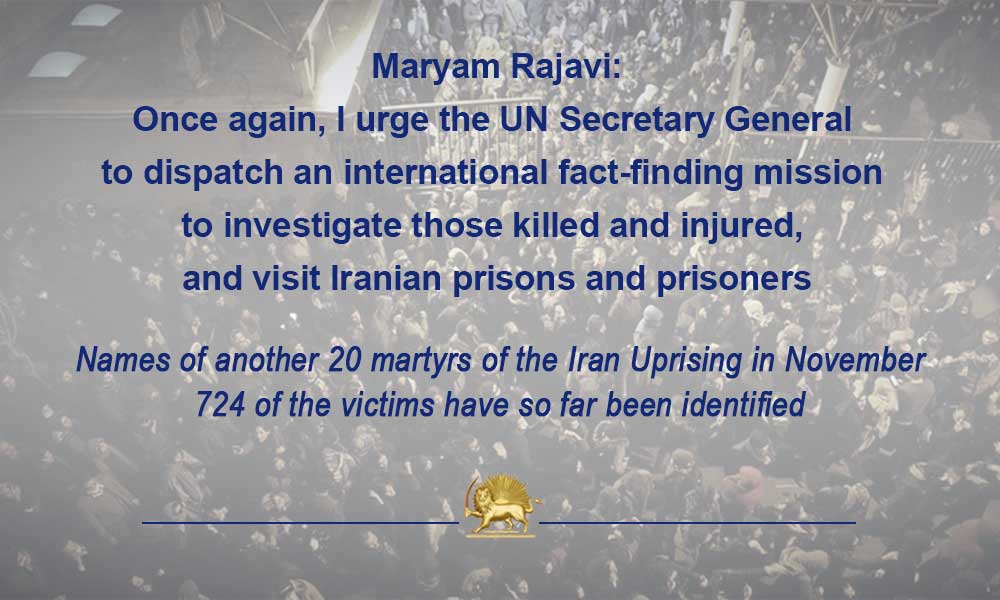 The People’s Mojahedin Organization of Iran (PMOI/MEK) released the names of another 20 martyrs of the Iranian people’s uprising in at least 191 cities in November 2019, bringing to 724 the number of victims identified so far.
Two months after the nationwide uprising and despite domestic and international calls, the clerical regime, fearing the consequences of its crime against humanity, is refusing to announce the number of those killed and injured as well as the number of those arrested and imprisoned under savage torture to force them participate in their TV shows.
During protests and demonstrations in at least 19 provinces over the past days, Iranian people and students chanted, “1,500 died in November.” The protesters also demanded the release of those arrested during the November uprising.
Once again, I urge the United Nations Secretary General to dispatch an international fact-finding mission to Iran to investigate the conditions of death and injury of protesters in November and visit Iranian prisons and prisoners.