Maryam Rajavi: This is an uprising to end 40 years of dictatorship and terrorism in Iran 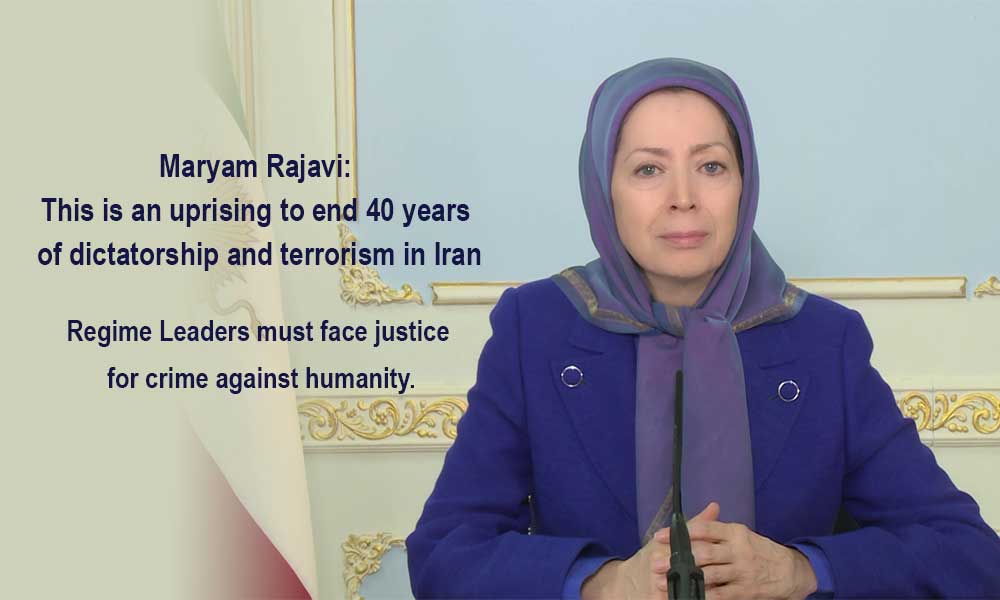 In the past four days, the people of Iran have risen up to free Iran from the occupation of corrupt and criminal mullahs.
The protests have spread to 110 cities.
At least several dozen have been killed, hundreds wounded and thousands more arrested, but protests continue across the country.

This is an uprising to end 40 years of dictatorship and terrorism in Iran. The game of reformists versus hardliners is over. People of Iran want the overthrow of the entire religious dictatorship.
The regime of Velayat-e Faqih has reached the end of the line.
This uprising is continuing despite the Revolutionary Guards opening fire on innocent people and cutting off access to the Internet.

Khamenei has called on suppressive forces to crush the uprising.
Rouhani has openly called for crackdown as well. Khamenei, Rouhani, and other leaders of the regime are responsible for this bloodshed; an example of crime against humanity.
They must face justice.

I call on everyone, to support the protesters.
This is the only way to get rid of this regime which has brought nothing to Iran but plunder and corruption.
The UN Security Council must strongly condemn and punish the clerical regime for killing defenseless people.
The international community must recognize the right of the people of Iran for regime change and the establishment of democracy and people’s sovereignty.
I urge formation of an international mission to investigate the deaths, injury and arrests of protesters.