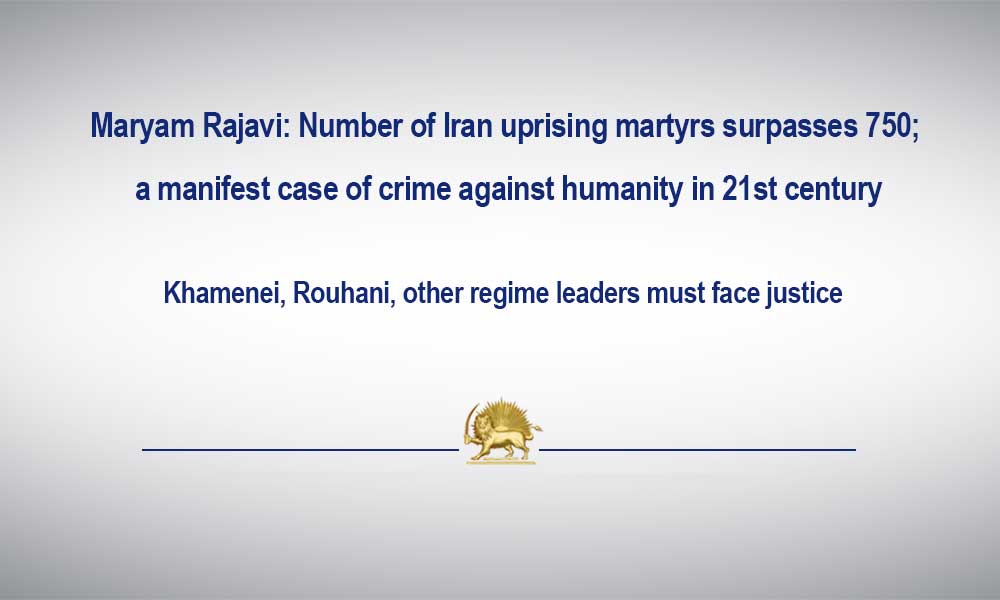 The People’s Mojahedin Organization of Iran (PMOI/MEK) announced that the number of those killed by the Iranian regime’s suppressive forces during the nationwide uprising that engulfed 187 cities has surpassed 750. The MEK today announced the names of another 33 victims, in addition to the 222 names it had released previously. This brings to 255 the number of victims identified so far.

Identifying and recording the names of the martyrs is taking place despite the fact that the religious dictatorship ruling Iran has been utilizing all its suppressive and security agencies and its notorious machinery of censorship and repression to conceal the scope of its crimes against humanity. The faction affiliated with the regime’s Supreme Leader Ali Khamenei, agencies controlled by his office and the IRGC as well as the faction affiliated with Hassan Rouhani, the Interior and the Intelligence ministries are doing their utmost to conceal the actual number of those killed and arrested.