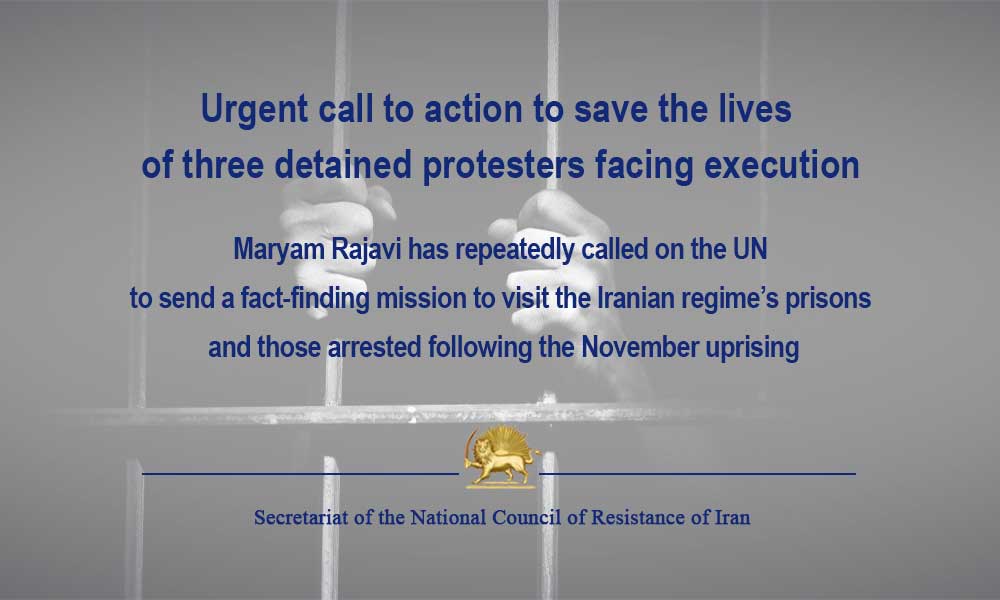 The Iranian regime’s Judiciary has sentenced to death Amirhossein Moradi, Mohammad Rajabi, and Saeed Tamjidi, arrested in Tehran following last November’s uprising. During a sham trial, the notorious Judge Salavati, sentenced the three to death on the bogus charge of Moharebeh (waging war against God). All three had been tortured after while in detention.

The mullahs’ anti-human regime, terrified of the growing popular protests and uprisings, is trying to intimidate the public by issuing such criminal sentences. Noting that the protesters arrested after the November uprising were in danger of torture and execution, Mrs. Maryam Rajavi, the President-elect of the National Council of Resistance of Iran (NCRI), has repeatedly called on the UN to send a fact-finding mission to visit the Iranian regime’s prisons and those arrested following the November uprising.

Secretariat of the National Council of Resistance of Iran
February 29, 2020