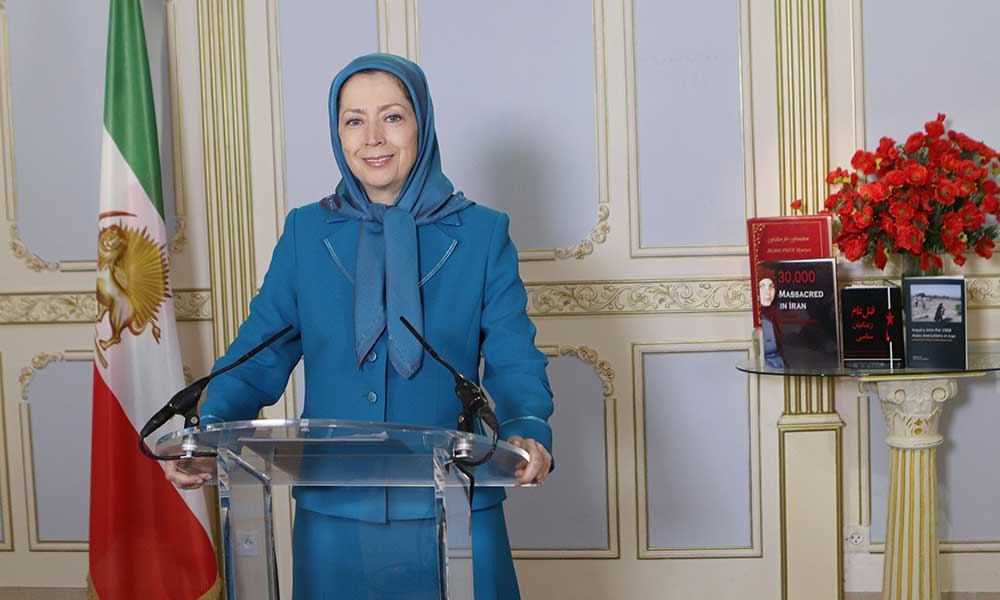 I would like to thank you for all your efforts in support of the Iranian people and Resistance.

I would also like to thank the UK delegation for attending the Free Iran gathering on July 1st.

Today, I am more optimistic than any other time that despite all the obstacles we are getting closer to realizing our goals that is a free Iran and an end to extremism under the name of Islam in the Middle East.

I strongly believe that both goals are within reach. Regime change and a free Iran are, indeed, more possible than ever.

Last year, around this time, we launched a nationwide and international movement calling for justice regarding the massacre of 30,000 political prisoners in 1988.

This was a terrible crime whose perpetrators are still holding key positions in the regime, including Rouhani’s justice minister who was a member of the Death Commission in charge of the massacre.

Please allow me to use this opportunity to thank members of the both houses of parliament as well as prominent jurists and human rights activists for their efforts in this regard.

The movement regarding justice for victims of 1988 massacre rapidly spread and has already shaken the entire regime because all of its factions, both Khamenei and Rouhani have been actively involved in countless crimes against humanity committed against the people of Iran.

The 1988 massacre is no longer an issue limited to the victims’ families. It is a deep wound at the core of Iranian society that can no longer be overlooked.

Public opinion pressure to hold the regime accountable, has confronted mullahs with an impasse as both factions are unsuccessfully trying to suppress or contain this movement.

In this situation, the justice-seeking movement has further deepened the gap within the regime and undermined the entire regime.

It has also made the force for change in Iran stronger with the younger generation joining the rank of resistance.

On the other hand, the destructive role of the Iranian regime in the region, including its active participation in crimes against humanity in Syria or its sectarian approach in Iraq are established facts.

Therefore I warn that failure to expel the mullahs’ regime and its proxies from Syria or allowing its proxies in Iraq to dominate the situation there, will lead to more tragic crises.
The US, the UK and Europe must be united in the adoption of a firm policy against the regime in Tehran.

Practical steps must be taken, including the designation of the Revolutionary Guards (or the IRGC) as a terrorist entity.

Short term economic interests should not lead to turning a blind eye on realities.

I would like to use this opportunity to call on the UK government to hold the Iranian regime officials to account for this crime against humanity and take the necessary steps to have the perpetrators of the 1988 massacre face justice.

I call on the UN High Commissioner on Human Rights to set up an independent investigation into the 1988 massacre in Iran.
And I urge you, to stand with the people of Iran in their struggle for regime change.