Maryam Rajavi: We call on Europe and France to be firm 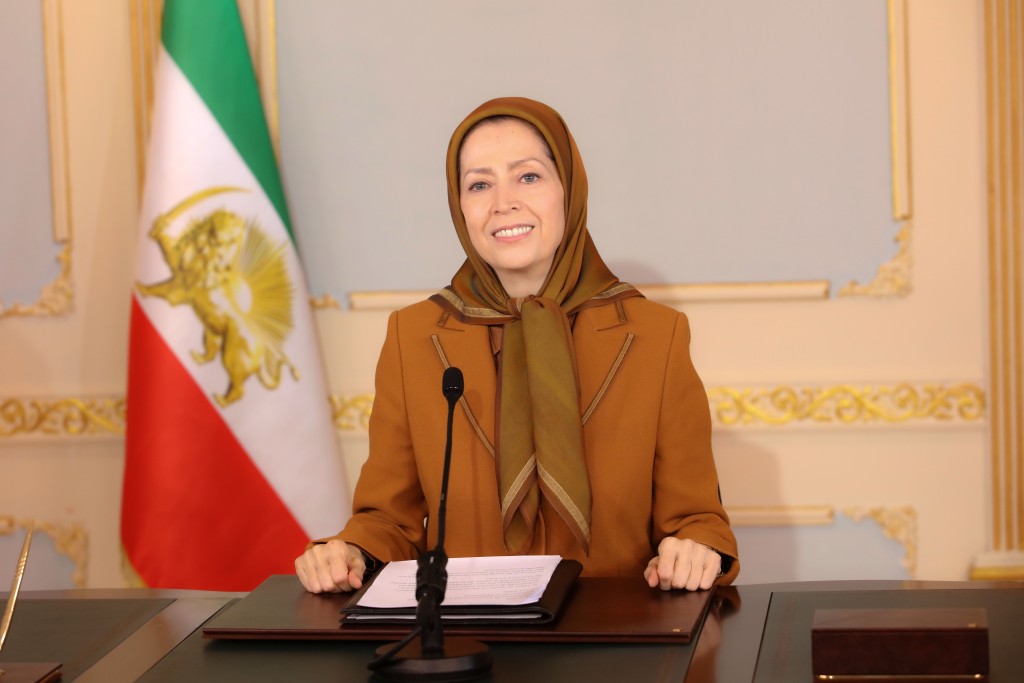 Message to a conference at the French National Assembly

The honorable members of parliament,
Ladies and Gentlemen, dear friends,

I salute and thank Mrs. Michèle de Vaucouleurs, President of the Parliamentary Committee for a Democratic Iran, her vice-presidents, and her colleagues for defending the cause of democracy and human rights in Iran.
The threat of the mullahs’ nuclear program and warmongering to the Middle East and the world calls for a solution.
For 40 years, the Iranian regime has never paid the price for its crimes in Iran and abroad. Europe and the international community have not reacted firmly.
However, the events of the last two decades and the confrontation of Iranian society with the religious dictatorship point to a solution.
For 30 years, with a hundred revelations, the Iranian Resistance has informed the world about the regime’s intention to acquire the nuclear bomb. In August 2002, it revealed two major nuclear sites.
Unfortunately, the world missed this opportunity to end the mullahs’ dangerous activities. Today the IAEA believes that the regime is close to making a bomb, an outcome of the policy of complacency.
On the other hand, the mullahs have not stopped repressing the Iranian people during all these years. They have continued to destabilize the region, especially Iraq, Lebanon, Syria, and Yemen.
Because of the lack of a firm policy, the regime has always taken advantage of negotiations to strengthen itself and prepare itself for further aggressions.

The volatile state of Iranian society

But six nationwide uprisings in recent years in Iran have shown the fragility of the dictatorship.
Khamenei has shown how afraid he is of the people by killing at least 1,500 people in the November 2019 uprising. By acquiring the nuclear bomb and interfering in countries of the Middle East, he wants to guarantee his power.
He wants to hold world peace and security hostage to gain concessions. The only factor that can stop him is the Iranian people’s organized resistance and uprising.
Most Iranians reject the mullahs—corruption and loss of motivation plague all forces of repression, including the Revolutionary Guards (IRGC).
The Iranian Resistance has formed a network of activists in most provinces with many young people. Last week, on the anniversary of the November 2019 uprising, Resistance Units launched a massive campaign of activities against the regime’s symbols.
The situation is explosive. A few days ago, farmers and residents of Isfahan, the country’s third-largest city, and Shahrekord held massive protests against water shortages.
The Iranian people want the overthrow of the regime and a free and democratic society.
The Iranian Resistance’s platform is to establish a republic based on the separation of religion and state, free elections, abolishment of the death penalty, gender equality, independence of the judiciary, autonomy for ethnic minorities, and a non-nuclear Iran.

The solution to Iran crisis

Dear friends,
The critical question is whether Europe and the West will stand with the Iranian people for freedom and democracy or the mullahs whose end has begun?
We must not forget that Ebrahim Raisi, the president selected by the mullahs’ supreme leader, is one of the perpetrators of the massacre of political prisoners in 1988, a crime against humanity. He must be brought to justice.
We call on Europe and France to be firm. Human rights should be at the heart of any negotiations with this regime.
We call on them to put the Revolutionary Guards and the Ministry of Intelligence on the list of terrorist organizations.
This regime would have us believe that chaos will ensue in Iran if it is overthrown, which is not true.
The Iranian people and their organized resistance can establish a democratic alternative that ensures peace and stability in the region.
I thank you for this.