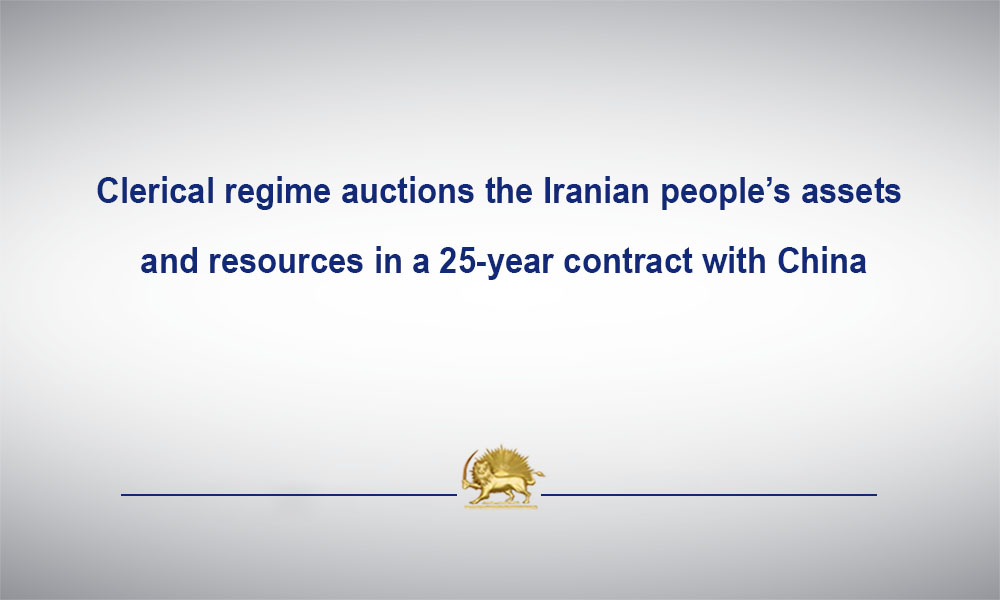 The anti-Iranian mullahs’ regime auctioned the resources and properties of the people of Iran in a 25-year contract with China to preserve the disgraceful rule of the Velayat-e Faqih.
The agreement dubbed as the “25-year Cooperation Document” was signed yesterday in Tehran. It has been even criticized by some state media and factions describing it as similar to the Turkmanchay Treaty.

The clerical regime has refrained from publishing the complete text of the document and is preventing leakage of any details. To boost its position in any conceivable JCPOA negotiations and to gain more concessions from the new U.S. Administration, the regime is trying to project this agreement as a winning card and as a way to get through the sanctions.

$1 trillion of damage inflicted on the country during the anti-patriotic war with Iraq, destruction of the environment, dehydration of the country’s water resources, plunder of national resources, and squandering the Iranian people’s wealth on export of terrorism, belligerence, and on nuclear and missile projects are just some of the clerical regime’s well-known tactics.

Last year, on July 9, 2020, Mrs. Maryam Rajavi declared: The lives and health of Iranians, their water and land, and their culture and national resources are worthless to Khamenei, Rouhani and other regime leaders. The mullahs only think of preserving their own religious fascist dictatorship, which Khomeini said is the most important issue. He said they could even forsake the precepts of Islam to preserve the regime. Therefore, the mullahs do not care the least about protecting the Iranian people’s assets and resources.