Nowruz of solidarity with the Iranian people and Resistance 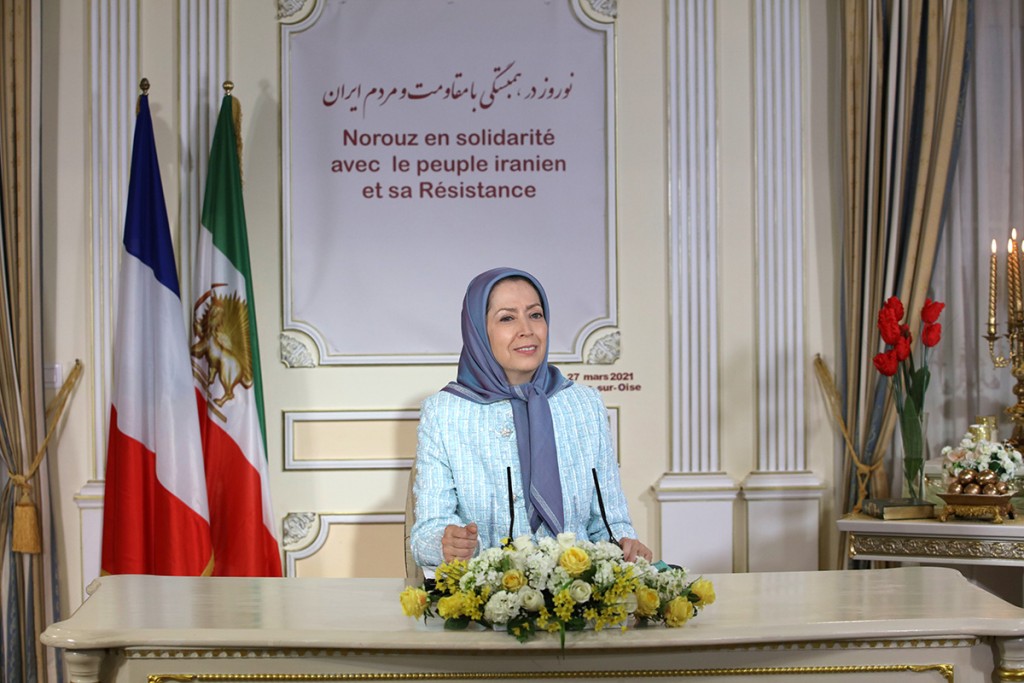 Maryam Rajavi: The people of Iran expect Europe to adopt a firm policy vis-à-vis the Iranian regime and in defense of human rights

Ladies and gentlemen, the elected representatives of France,
Dear friends,

I am delighted to be amongst you, loyal friends of the Iranian Resistance, at the beginning of the Persian New Year 1400. I wish we did not have to deal with a pandemic and, as always, I could be with you in person, here, in Auvers.

I would like to initially pay homage to the dear friends we lost last year. Our beloved Senator Jean-Pierre Michel, also dear friends and neighbors like our dear Marie-Lorette Guilloux, Manuel Rizquez, and Claude and Jean-Claude Dupuis.

They are advocates for justice in our time and members of the big family of the Iranian Resistance. They will forever stay alive in our hearts and minds.

Last year was a tough one for the people of the world because of the pandemic. However, the difficulty was double-fold for the Iranian people because of being ruled by a criminal regime that even refrained from buying American and British vaccines. They deliberately sent people to their deaths. To justify this heinous crime, Khamenei said he did not trust any of these countries and France.

This is catastrophic. Nevertheless, the clerical regime takes advantage of the rising Covid-19 death toll to paralyze the public and prevent popular uprisings.

Khamenei’s remarks last week indicated a lack of intention to change his policies.

In the face of economic and social crises at home, the regime is badly cornered and at an impasse because they cannot work out a solution. Despite the pandemic, the people of Iran have displayed their fury and outrage time and again in prison riots and during protests by all social strata. The state-run media describe Iranian society as a barrel of gun powder that could go off at any moment.

The people of Iran also want to boycott the upcoming so-called presidential election of the regime because they want a free and democratic republic.

We also saw an enormous tide of young people joining the Resistance last year. Despite widespread arrests, Resistance Units have expanded all across the country with remarkable progress in their activities.

The regime’s policy of demonizing the Resistance inside Iran also ran aground. The regime’s Minister of Intelligence, who uses the Gestapo’s methods, recently confessed that the television programs broadcast against the PMOI/MEK had been funded and produced by the Intelligence Ministry.

On the international level, as you know, the Court of Antwerp in Belgium convicted the regime’s diplomat, Assadollah Assadi, and his three accomplices for their attempt to bomb the Iranian Resistance’s gathering in Villepinte on June 30, 2018. The court sentenced them to prison terms of 15 to 20 years. This is the same gathering which many of you had attended.

Judicial investigations proved that the regime’s Ministry of Intelligence had planned and carried out this act of terrorism in full collaboration with the regime’s Foreign Ministry, proving that the entirety of the ruling religious fascism engages in terrorism.
On the other hand, two months after the new U.S. President took office, the regime is bent on further violations of the protocols entrenched in the nuclear agreement, confirming that the regime has never given up its nuclear weapons ambitions. It also became clear that a return to the previous balance and the 2015 agreement is impossible.

During this period, the clerical regime has even turned down all the French government’s efforts to find a solution.

On the other hand, the regime has stepped up its missile attacks on the U.S. bases in Iraq and its attacks against Saudi Arabia through IRGC proxy groups in Yemen. On the one hand, the regime’s survival hinges on suppression at home and, on the other, on the export of terrorism and meddling in the Middle East countries.

France can play a significant role in countering this destructive policy in the region, preventing the regime’s access to nuclear weapons, and restricting their missile program. Seeing the simmering society in Iran and the Iranian people’s desires vis-à-vis the regime is indispensable to this initiative’s success.

Giving concessions to Iran’s ruling mullahs under whatever pretext will encourage them to step up repression at home and export of terrorism abroad.

In such circumstances, the people of Iran expect that Europe adopts a firm policy vis-a-vis the Iranian regime and supports their desire for human rights and democracy.

The Iranian people expect France and the European Union to take action against the regime’s terrorist apparatus in Europe.

The regime uses its embassies in Europe as support centers for terrorist operations.

Silence and inaction will disappoint the people of Iran in Europe’s adherence to its principles and values.
Iranian society is ready for popular uprisings, which will be more extensive than the uprising in November 2019.

As I have always pointed out, regime change in Iran and the establishment of freedom and democracy are the onus of the people of Iran and their Resistance. They are the ones to realize this objective.

The Iranian people and Resistance desire a democratic and pluralist republic based on free and fair elections, separation of religion and state, gender equality, abolishment of all forms of discrimination against various ethnic groups and followers of other faiths, and they want a non-nuclear Iran.

As always, your support and presence by the side of the Iranian Resistance manifest France’s genuine values.

In the various campaigns we advanced together, your presence was significant in supporting the Iranian people in their quest for democracy and human rights. I am confident that in this decisive stage, too, you will continue to be among the pioneers, particularly by your support for the PMOI in Ashraf 3.

I urge all of you to continue your solidarity with the desires of the Iranian people and Resistance.

Thank you all very much and I look forward to hearing your remarks. 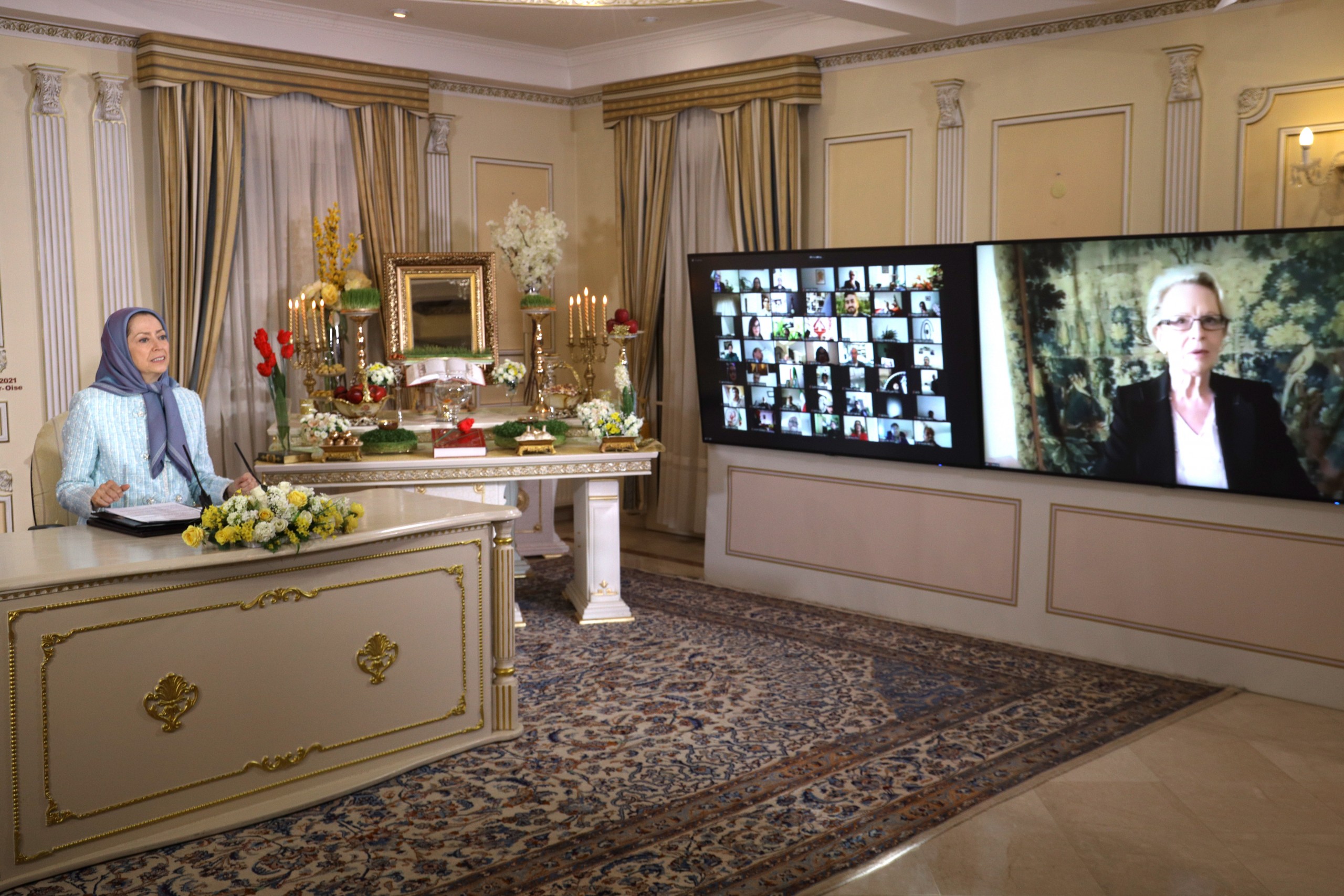 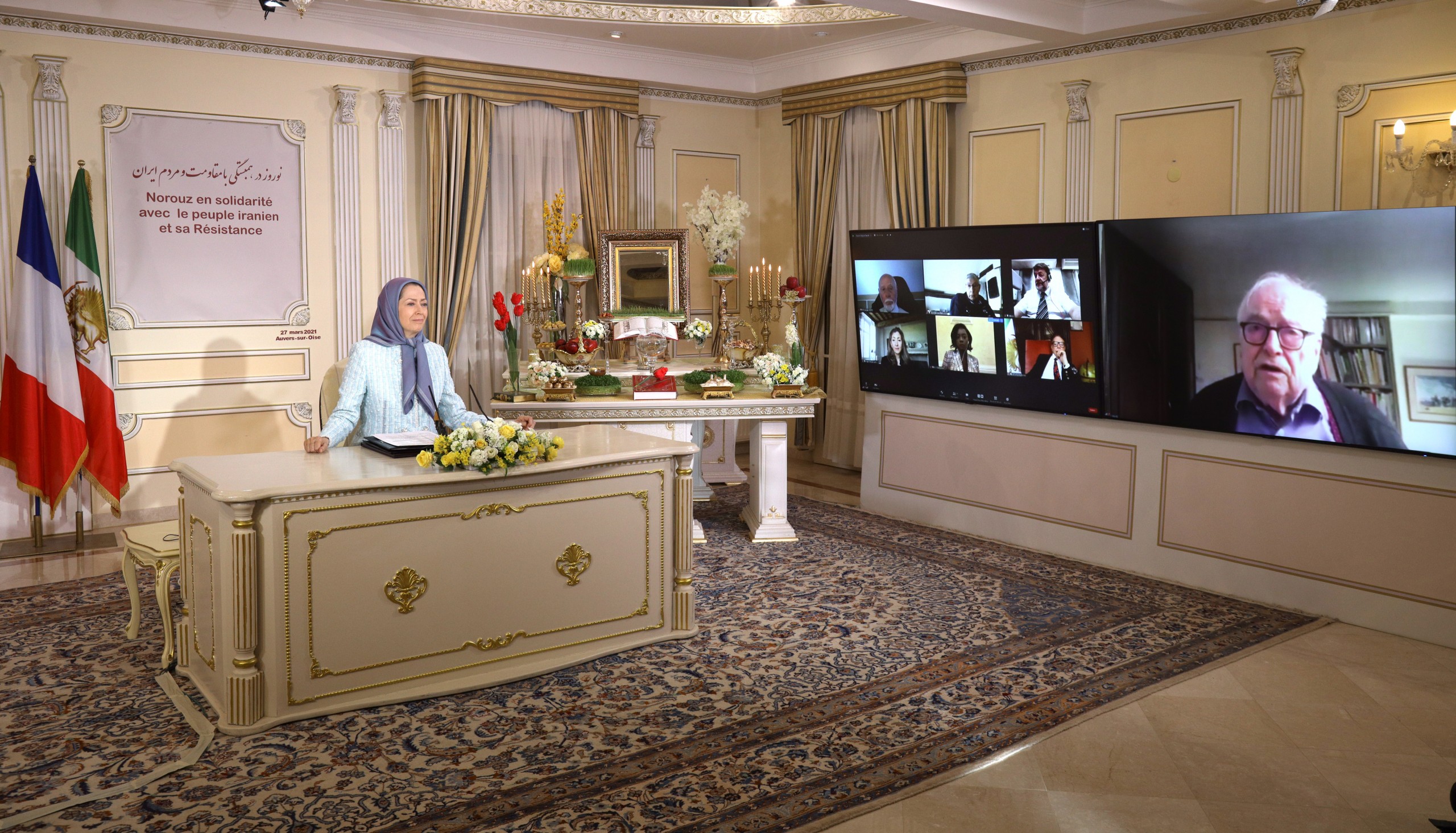