Online conference with members of the European Parliament – April 2021

I am delighted to have the opportunity to meet you this way.
Unfortunately, due to COVID-19, it is not possible to meet in person at the moment.
First of all, I would like to thank all of you for your attention to the terrible state of human rights in Iran and for supporting the Iranian people and their resistance for freedom.
Today, I want to talk about five topics, and then, I would like to hear from you, so that we can exchange views.

The first issue is the dire human rights situation in Iran.

Iran has the highest per-capita execution rate in the world. The Internet is heavily filtered. Women are more oppressed. The real oppressed are not just one or two persons, who have made the headlines. Rather hundreds of political prisoners and those arrested during protests are subjected to the most severe tortures, without anyone knowing about their fate.
Recently, for the first time since 2013, in the European Union, several IRGC and police commanders were sanctioned. This was a positive step, but not enough. More people, including the intelligence minister in Rouhani’s cabinet, should be sanctioned.

The second issue is the sham presidential election.

The election is planned for June. Of course, this is a masquerade not an election.
First, no one outside the ruling factions has the right to engage in political activity in Iran.
Second, the Guardian Council, which vets the candidates is comprised of 12 members, six of whom are appointed by the mullahs’ supreme leader, Ali Khamenei, and the other six by the Judiciary chief, who is himself appointed by Khamenei.
The condition of candidacy is practical loyalty to the regime’s supreme leader.
Third, since the people refuse to vote, the so-called election process is engineered. Therefore, the outcome is not determined by the ballot box but reflects the balance of power within the regime’s internal factions.

The third issue is the nuclear talks.

These talks are presently going on in Vienna. In our view, the regime’s nuclear program is entirely against the interests of the Iranian people and only serves the regime’s hegemonic ambitions. In addition to domestic repression, regional meddling, and exporting terrorism and extremism, it is yet another pillar of the regime.
For this reason, for the first time, we revealed the regime’s secret nuclear weapons program.
It is a proven fact that the regime’s nuclear program was a military program since the very beginning. The regime did not respect any of its agreements with the international community.

Therefore, a decisive policy is essential. Europe and the United States should not give in to the regime’s blackmail. I assure you that granting concessions will not prevent the regime from obtaining an atomic bomb.

The fourth topic is terrorism.

After a regime diplomat was convicted in a Belgium court last February for attempting to bomb the Iranian resistance rally in Paris, the EU unfortunately did not take any action and even avoided issuing a statement condemning the regime. This is while the documents related to the case proved that this was a case of state terrorism.
The decision was made in Tehran and the bomb was transported to Europe in a diplomatic bag. In addition to the Ministry of Intelligence, the regime’s Foreign Ministry was directly involved in this terrorist plot.

The fifth topic is the volatile situation in Iran.

The regime is facing several crises from which it has no way out. The economic foundations have been destroyed due to mismanagement and, more importantly, embezzlement. Corruption is widespread, engulfing the regime in its entirety.
The regime failed to take any action to deal with the Coronavirus. Far from it, Khamenei described it as a blessing and used it as a barrier against public discontent and uprisings.
The objective circumstances for change exist. In the uprisings of 2017 and 2019, the Iranian people displayed their desire for regime change and rejected the regime in its entirety by chanting “reformists, hardliners, the game is now over.”
On the other hand, they demonstrated their desire for a democratically-elected republic
by rejecting all kinds of dictatorships, reflected in their chants of “Death to the oppressor, be it a king or [a religious] leader.”
We want a democratic Iran based on free elections, separation of religion and state, abolition of death penalty, gender equality and a non-nuclear Iran.
And we have no doubt that the people of Iran and the Iranian Resistance will overthrow this regime and democracy will prevail in Iran.
Yesterday, members of the U.S. House of Representatives announced that a resolution on Iran has been supported by the majority members of the House. This resolution is timely because it offers the sense of congress in the first 100 days of the new Administration.
In this resolution, members of the House stand with the people of Iran in their legitimate struggle against an oppressive and corrupt regime; and recognize the rights of the Iranian people to establish a democratic Republic of Iran based on separation of religion and state.
Thank you. I will be very happy to hear you. 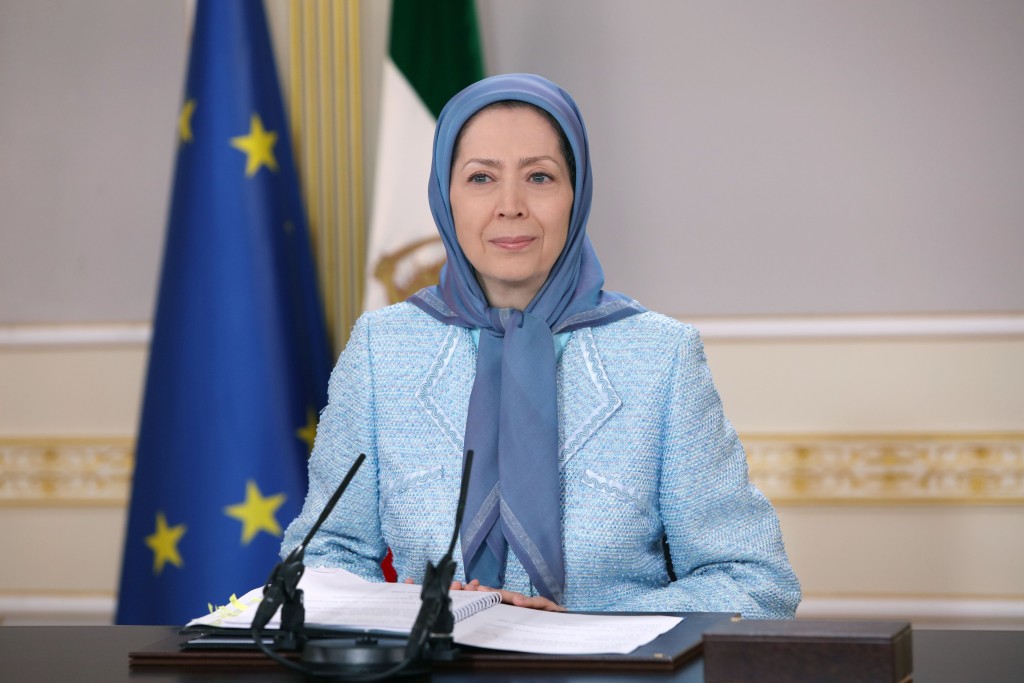 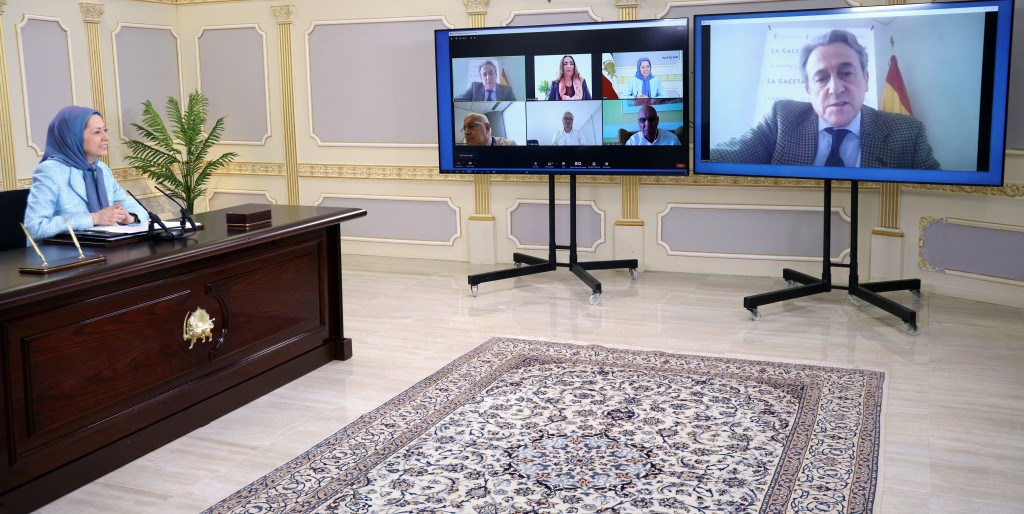