Question: What is Massoud Rajavi’s status in the Iranian Resistance? 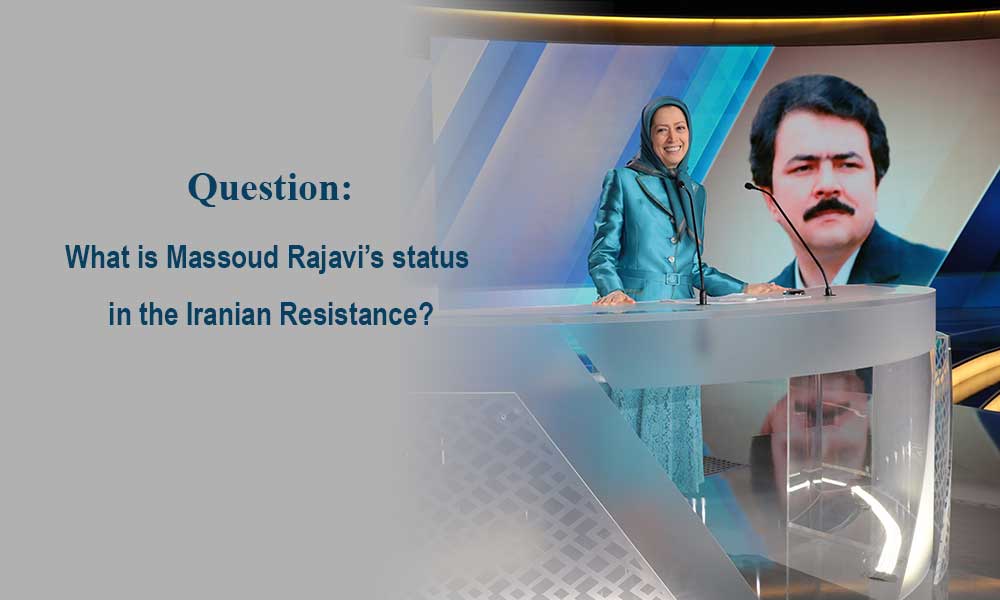 But who laid the foundations of this strategic asset, how did he do it and through which path?

Khomeini hijacked the Iranian revolution, staining the Iranian culture and its values of struggle by a reactionary mindset and by demagoguery. He dragged our nation into repression, war and backwardness.

But, who was it that challenged Khomeini by putting forth the mantra of a democratic revolution in Iran, in stark contrast to Khomeini’s “Islamic Revolution”?
Who stood against Khomeini’s destructive aggression by upholding the banner of an unyielding resistance?

Who shed light on the confusing political atmosphere and unreservedly said that the main issue of the Iranian revolution is freedom and the main threat to it is the reactionary-religious dictatorship?

Who said that the viper of the regime will never give birth to a dove of reform and moderation, the truth of which has been substantiated over the past 30 years?

Indeed, it was Massoud Rajavi, the leader of the Iranian Resistance.
It has been Massoud Rajavi and his path which have inspired hope in Mojahedin prisoners, who have and will continue to wage resistance under torture, and in those who were executed and massacred while crying out his name and his ideal.

And his words continue to resonate after three decades: “They have lashed me thousands of times; they have put the noose around my neck thousands of times. I represent a generation of countless heroes, and I have come to sacrifice myself for the freedom of my enchained nation.”

Indeed, his words herald emancipation for those who yearn freedom. And the enemies of freedom view his words as sinful and criminal.

And this is exactly why the enemy’s hands and poisonous daggers of treachery are at work for character assassination and physical elimination, just as it has been the case with all other bitter experiences of history.

But I must say that despite all the conspiracies and treachery, the generation reared by Massoud Rajavi will have the final word.
This generation of countless heroes roar these words: In the desert of tyranny and suppression, we represent the love of freedom which captures the human soul. In the depth of darkness, lies and hostility, we represent the sacrifice and sincerity that paves the way of resistance. And in the darkness and gloom produced by the absolute rule of the mullahs, we represent the triumphant resolve which inspires and gives rise to the army of freedom which will overthrow the regime.