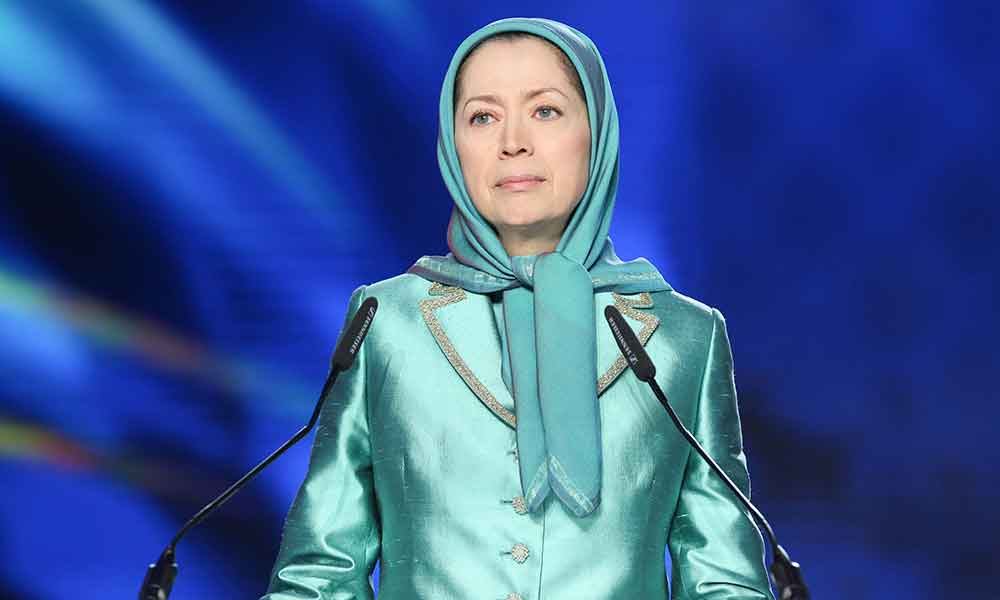 Maryam Rajavi, described the mullahs’ regime at the end of its sham presidential election, as a divided regime that has been gravely weakened by its internal power struggle. She added: Rouhani’s second term would only entail growing crisis and a more intense power struggle. Crisis has precipitated at the leadership level of the religious fascism and would continue until the downfall of the regime of the velayat-e faqih (absolute rule of clergy). The heightening power struggle is a reflection of the regime’s strategic failure in resolving the most pressing social problems and growing discontent.

Maryam Rajavi said: In the current critical domestic, regional and international circumstances, for Khamenei it is crucial to make the medieval regime monolithic in order to face the crises and maintain the regime’s balance. Therefore, Khamenei’s failure to manipulate the election result to bring Raisi out of the ballot box and make the regime monolithic is a heavy blow for him and a sign of the regime’s approaching demise. The election campaign this time attracted greater public attention to the 1988 massacre of political prisoners right from the beginning. Public outrage against Raisi over his role in the massacre and the regime’s fear of the campaign which seeks justice for the victims reached an extent that many clerics and even powerful figures within Khamenei’s faction were not prepared to support Raisi.

The growth of the movement seeking justice for the victims of the massacre that highlighted the role of both factions of the regime in the political executions sent a shock wave to the entire regime and proved that the people’s desire is for rejection of the entire regime with all its factions.

In the course of the election campaign based on the admissions of the hand-picked candidates, it was proven that the regime enjoys the support of only 4 percent of the population, and factions within the regime, including the one affiliated to Rouhani and his associates, are all competing against each other to gain the upper hand in embezzlement and plunder. The slogan, “No to imposter, no to executioner; my vote is regime’s overthrow”, became a popular one used widely across the country that made the regime to wrap up the whole election process in the first round. The decision was made in fear of a deepening rift at the helm of the regime and uprising of disaffected youths and masses which would have heightened during the second round.

Rouhani only brought about further suppression, executions, poverty and injustice during his presidency in the past four years. Funds gained as a result of the nuclear agreement were used to fuel wars in the region and increase military and security spending. Rouhani’s Defense Minister, Revolutionary Guards Brigadier General Hossein Dehghan, in his remarks two weeks ago described Rouhani’s tenure as “the most glorious period in development of missile and defense programs of the country in terms of both quantity and quality.” He added that until March 2017 “credit guarantees for defense grew by up to 2.5 fold compared with the previous government” and “it will increase up to four fold by March 2018 relative to the previous government.”

Rouhani openly declared on February 8, 2016, that the regime’s presence in Syria and Iraq was used as a lever to gain concessions during nuclear talks. He said, “If our forces did not fight in Baghdad, Samarra, Falluja and Ramadi, and if they did not help the Syrian government in Damascus and Aleppo, we would not have had any security in order to be able to conduct the negotiations so well.”

Rouhani would try in his second term, as in the past, through deceit and hollow postures to present himself as the key to the problems however, this would only give rise to further crises and tensions within the regime and would be rapidly discredited when faced with people’s expectations and demands. Iranian people know well that in Rouhani’s second term massive economic and social destructions along with political suppression would continue. Rouhani neither wants, nor is able to seriously alter the foundations, structure or behavior of this historically backward regime. Ten days prior to the election, Khamenei warned, “Gentlemen, please note that a change of behavior is no different from regime change.”

In an attempt to knock out his opponent during the election race Rouhani acknowledged that the ruling faction “during 38 years only knew how to execute and imprison people.” But, when Khamenei reacted to his revelation and threatened him with a “slap” he retreated immediately and announced in a public gathering that he is willing to kiss the hand of the “exalted leader” dozens of times.

This is of course not unusual from Rouhani who for the past 38 years has held the highest positions in the regime’s security and military apparatus in domestic suppression and war mongering. As his rivals have noted, he was the one who called for public hanging of conspirators during Friday prayers right from the beginning. In this light, portraying him as a moderate figure bears no color. Those who adhere to this notion must be challenged by asking them to make him unveil the true number of victims of the 1988 massacre of political prisoners and details of their cases, respect human rights, freedom of speech, freedom of political parties, and freedom of political prisoners and pull out from Syria, Iraq, Yemen, Lebanon and Afghanistan.

The only solution to Iran’s problem is the overthrow of the religious tyranny by the Iranian people and the Resistance; people’s freedom and sovereignty instead of the clerical rule.