A selection of the laws against women in Iran 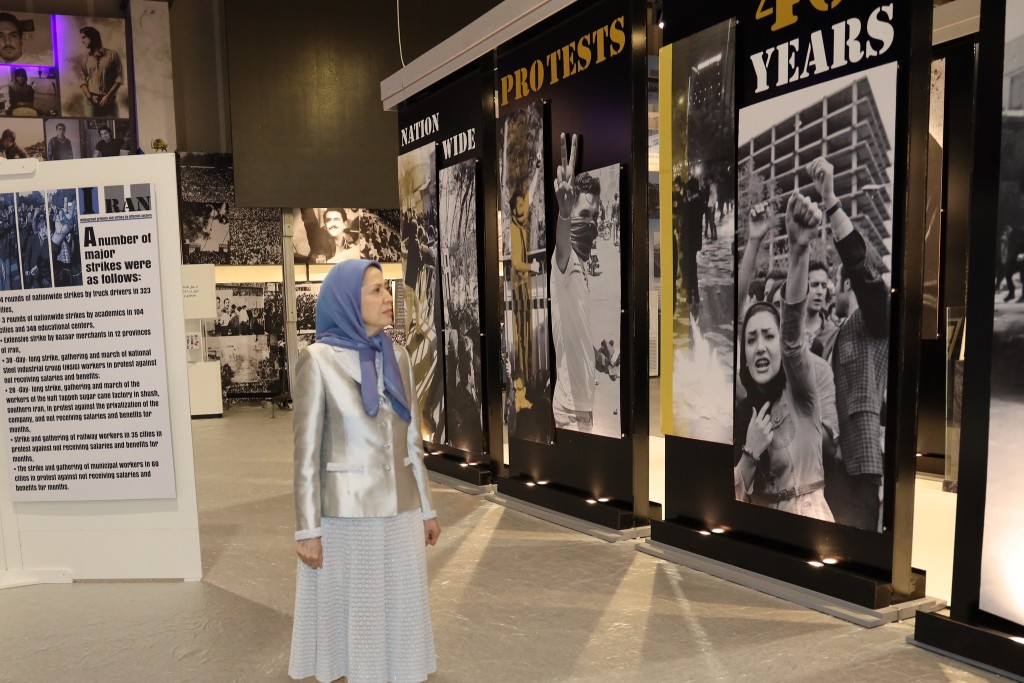 A fundamentalist regime has been ruling Iran. Its main character is enmity to women. Nowhere in the world have women been tortured and executed in such great numbers or assaulted in prisons as they have been in Iran.
One can see this situation in the regime’s laws and basic elements of its Sharia.
Article 167 of the Iranian regime’s Constitution, stipulates: “The judge must try to base the verdict of each dispute on the codified laws. If his attempt fails, he should issue the verdict on the case by referring to reputable Islamic sources or religious rulings (fatwas).”
The article grants judges freedom of action to cite religious rulings in issuing their verdicts. These fatwas, however, are nothing but those contained in Tahrir-ol Vasileh, a book on Khomeini’s decrees. A considerable portion of this book is devoted to the means and methods of male domination, imposing inequality on women, sanctioning polygamy and even legitimizing anti-human treatment of women and girl children.

The book contains a number of fatwas on taking female slaves and justifies slavery of women in the mullahs’ Sharia. In another words, Khomeini defended slavery in the 20th century.
In dozens of other decrees, Khomeini has permitted men to have countless number of temporary wives. He has allowed the mullahs’ followers to take women as war booties and own them as their property.
Khomeini emphasized in his book that “some human rights cannot be proven unless by a man’s testimony and the testimonies of two women cannot replace one man’s testimony.”
In another instance, he wrote, “The testimony of a woman is not acceptable by itself. Even the testimonies of one man and six women cannot be accepted… Even the testimonies of eight women are not acceptable.”
Still further, Khomeini has justified sexual abuse of girls under nine years of age and even infants. The book also contains a number of rulings on marrying minor girls.
In a number of rulings, Khomeini has degraded the value of a woman’s marriage to a financial deal and has thus insulted women’s worth and dignity.
Common practice of rape and violence against women is a product of such Sharia.
Widespread addiction of women and their misery is yet another product of the mullahs’ corrupt Sharia. This is why we say Velayat-e Faqih is the enemy of women.
In his book entitled, “The Islamic State”, Khomeini formally defined his desirable regime to be a Caliphate.
In fact, this is an absolutely vicious and misogynous savagery as disguised Islam.

Iranian women realized the mullahs’ objective from the onset. Which is why the Mojahedin women participated in the protest march against the compulsory veil in March 1979, although they wore headscarves. From day one, imposing the veil on women was a means of repression and obstructing women’s way forward, and nothing else.
Khomeini began his ominous rule on February 11, 1979. Fifteen days later, only 15 days, on February 25, he revoked the law on the protection of family. On February 28, he extended gender discrimination against women to the sports arena. On March 4, he granted men the unilateral right to divorce. On March 6, he revoked the law on women’s social services. On March 7, he imposed the compulsory veil on female employees. The person in charge of implementing this in the Army’s offices was Rouhani.
Nothing that promotes compulsion and force and denies people’s suffrage and free choice is Islam; it is against Islam. In addition, anything that denies women’s equal rights has no place in Islam. We will not tolerate violation of women’s rights under the guise of religion or under any other pretext.
We advocate democratic Islam in the face of extremism, fundamentalism and exploitation of religion.
With the emancipating word of “equality” and with women’s active and equal participation in political leadership, we seek to turn this century in the name of women, into the century of emancipation of women and the humankind.

Women a force for change