Iran: Special forces brutally attack the people of Aleshtar who protest against the cutting down walnut trees – many protesters, especially women, wounded 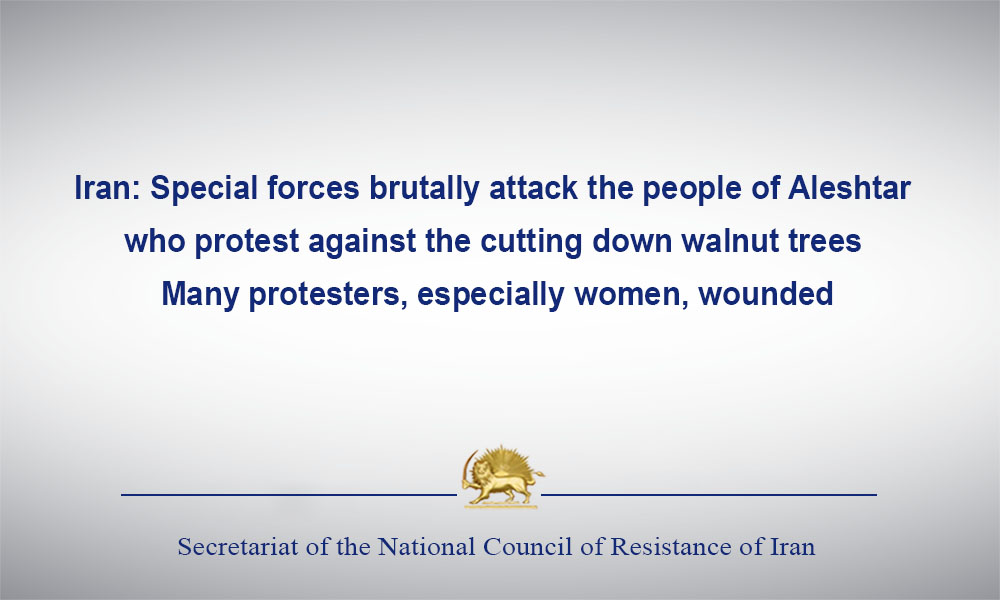 On Wednesday, April 28, 2021, the State Security Force tried to cut down the walnut trees in the village of Kahman Aleshtar (Lorestan Province), which are a source of income for the people of the region. For years, the local had endured great hardships to grow trees. The villagers tried to prevent the SSF from doing that. A Special Forces unit fired tear gas at protesters and opened fire on them.

Many people were injured. Thirty of the injured were women who led the protests. Reportedly, some suffered serious injuries and were transferred to the Provincial Capital, Khorramabad for treatment.

In a message, Mrs. Maryam Rajavi, the President-elect of the National Council of Resistance of Iran (NCRI) condemned the SSF’s heinous crime and called on the people and youth of Aleshtar and the surrounding areas to help the wounded, especially the deprived women.

Secretariat of the National Council of Resistance of Iran (NCRI)
April 29, 2021