Time for trial of murderous Iranian regime in international court 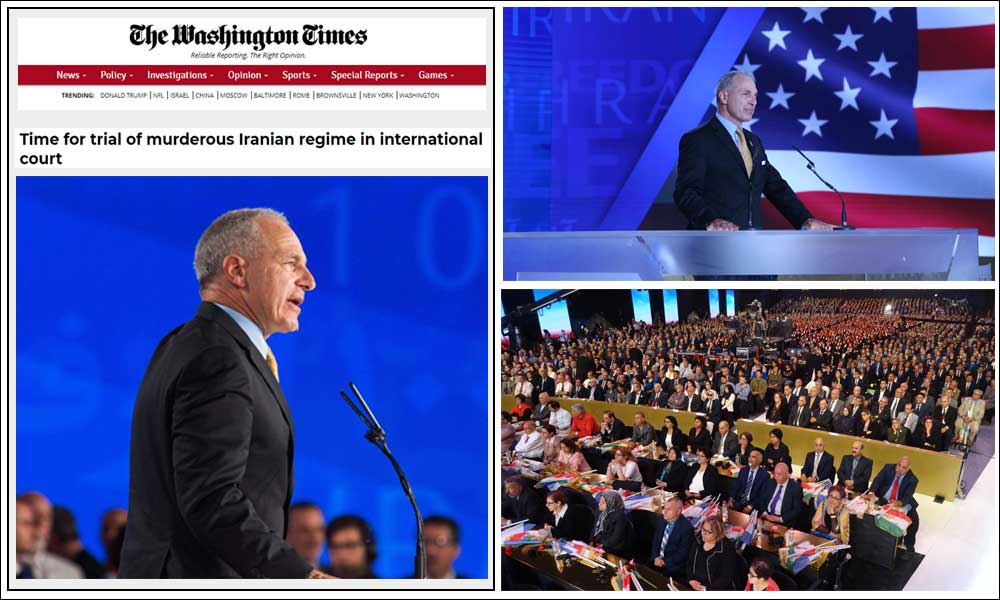 Madame Rajavi, we salute you, we love you, we respect you for not just the leadership and the courage that you’ve shown but the ability to move this peace commitment as far as it’s moved in such a short period of time.

One of the things I just wanted to say is listening to the testimony yesterday and viewing the room next door (Martyrs Exhibition), one of the things we have to prepare for is the prosecution and conviction of the thousands of criminals who have murdered, assassinated, killed, not by accident, not by coincidence, but a designed plan to murder, mass murder a group of people. So, when you talk about the exhibit, I don’t see it as an exhibit. I see it as an evidence room. And an evidence room that has photographs, digital records. But that’s eyewitness evidence, that’s the most important thing in a criminal prosecution. So what I think should happen now, as we prepare for change, one of the most important things that I think everybody in this room can do is apply some of the same skill and detail and meticulousness that you’ve applied to everything you’ve done and start preparing for criminal prosecutions by an international criminal court.

Economic sanctions are great… and the biggest threat to that — actually, I think the biggest threat, Mrs. Rajavi, to everything you’ve done — is not even the regime itself, it’s the politicians who will try to accommodate and appease and come up with the ridiculous type of agreements that we saw in 2015. “Truth commissions, forgiveness, let’s go on?” We can’t go on. The testimony we heard yesterday cries out for criminal prosecutions, convictions, imprisonment, and I think now we have to put that documentation together like the Simon Wiesenthal Center did after World War II.