U.S. responsibility towards Ashraf is far greater than the Netherlands’ towards Srebrenica 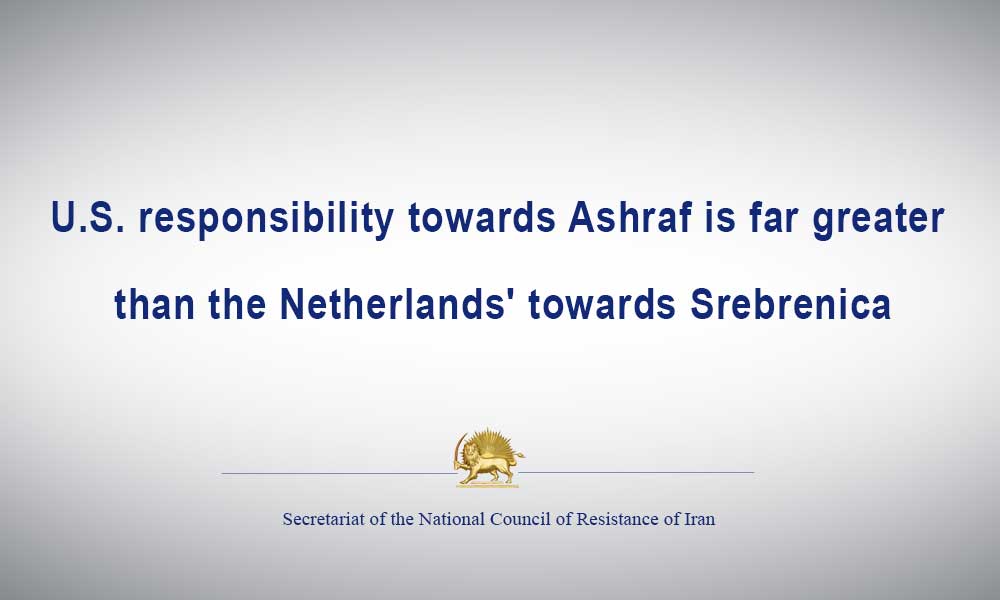 Secretariat of the National Council of Resistance of Iran