Number of victims of Coronavirus in Qom surpasses 300; 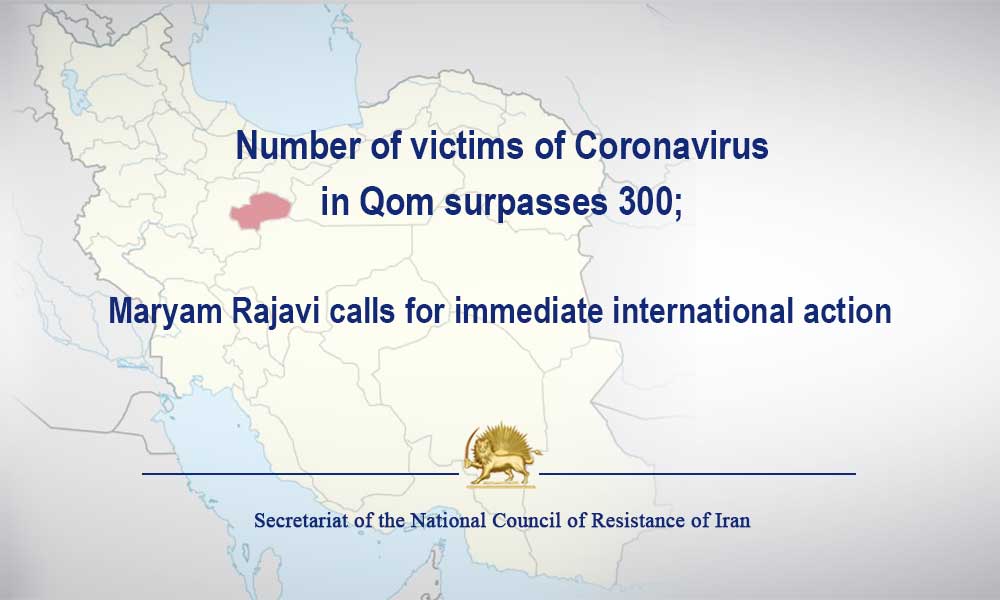 At midnight, local time, the People’s Mojahedin Organization of Iran (PMOI/MEK) quoted reliable hospital sources that the number of fatalities in the city of Qom exceeds 300. This horrific figure is due to the regime covering up the spread of Coronavirus in the city during the sham Parliamentary election. Owing to astounding dimensions of the catastrophe in Qom, the mullahs are escaping from the city to other regions of the country.

Mrs. Maryam Rajavi, the President-elect of the National Council of Resistance of Iran (NCRI) extended her most profound condolences to the Iranian people, particularly the residents of Qom. She called on the world community to voice sympathy with the people of Iran and to take urgent action to save the lives and well-being of the people of Qom.

Secretariat of the National Council of Resistance of Iran
March 1, 2020