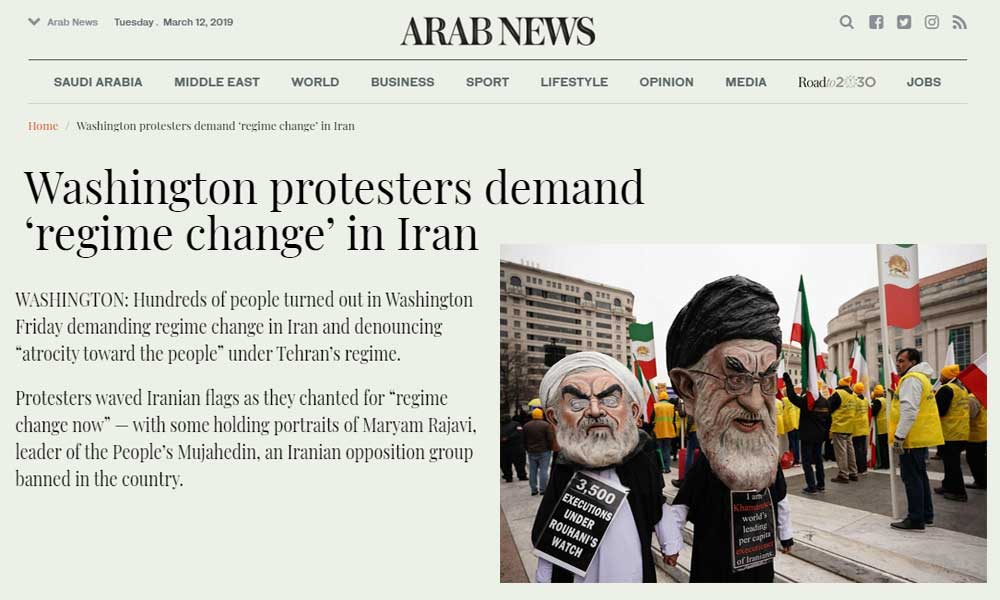 WASHINGTON: Hundreds of people turned out in Washington Friday demanding regime change in Iran and denouncing “atrocity toward the people” under Tehran’s regime.
Protesters waved Iranian flags as they chanted for “regime change now” — with some holding portraits of Maryam Rajavi, leader of the People’s Mujahedin, an Iranian opposition group banned in the country.
The administration of US President Donald Trump consistently blasts a lack of freedoms in Iran and its “destabilizing” influence on the Middle East.