What is the NCRI plan on gender equality? 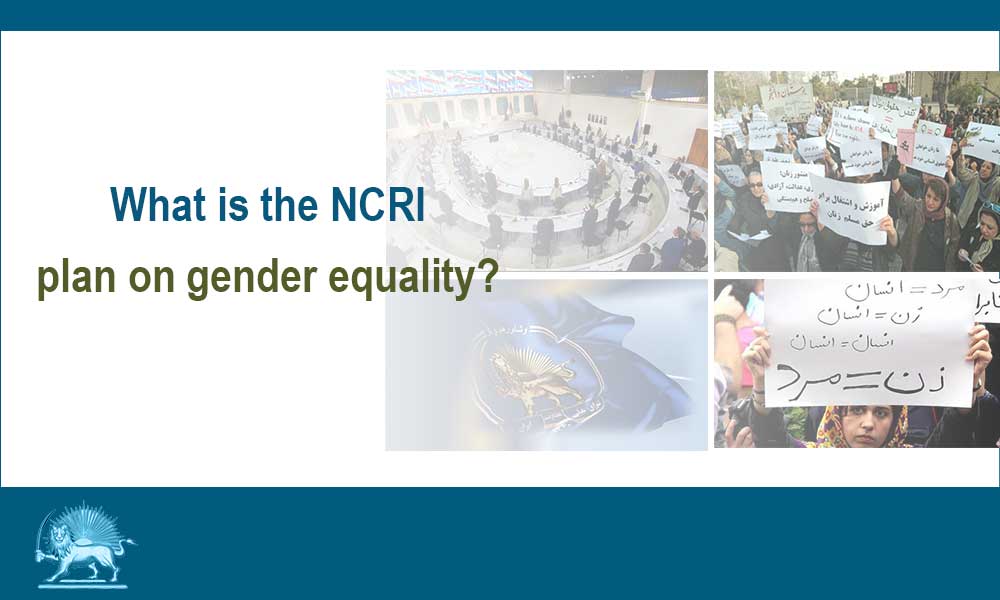 It has presented a clear plan since 33 years ago to obliterate gender inequalities. Unanimously adopted, the Plan reiterated the need for Iranian women to attain their rightful place in society. It thus inspired Iranian women to wage a struggle for their freedom and equality. Likewise, women’s place in the NCRI, its member organizations, and the National Liberation Army of Iran opened a new chapter in the status of women in Iranian society. On the other end of the spectrum is a regime which could not even tolerate a staged women’s committee in its parliament and changed it to the Family Committee.