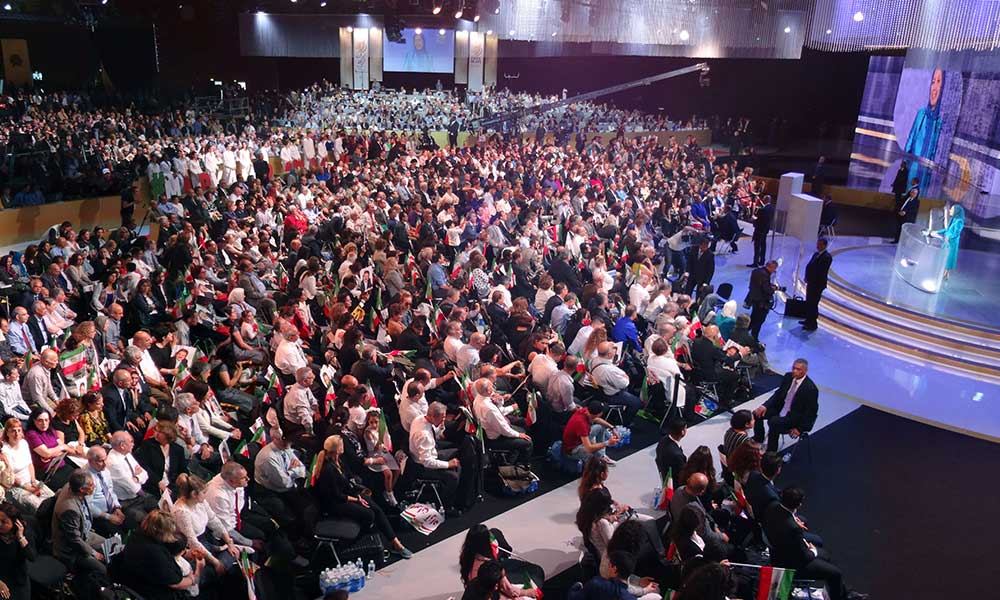 Hundreds of top politicians, legislative delegations and prominent personalities from more than 50 countries and five continents participated in the Free Iran gathering

The grand gathering of Iranians and supporters of the Iranian Resistance was held in Paris on Saturday, July 1, with hundreds of top international politicians and statesmen as well as legislative delegations and prominent figures participating from more than 50 countries and five continents.
In her remarks in this meeting, Maryam Rajavi emphasized that the only way to save the Iranian people from religious tyranny and the only way to establish peace and tranquility in the region is to overthrow the Velayat-e faqih regime. She underscored that the overthrow of this regime is imperative, feasible and within reach, and a democratic alternative and an organized resistance exists which is capable of toppling it.
Thousands of PMOI members residing in Albania joined the grand gathering of the Iranian Resistance via satellite.

In the start of the ceremony, Gilbert Mitterrand, President of the France Libertés Foundation, welcomed the participants, saying: “Your overwhelming presence here is like a referendum against the clerical regime and it shows the ability of this Resistance for democratic change in Iran. I must also convey to the organizers of this event, a message of gratitude from the French President Francois Hollande (2012-2017). He said that he will continue to pay attention to the human rights situation in Iran for the invitation you extended to him to participate in this gathering.”

The audience warmly applauded the images and video footages broadcast of the widespread campaign of Iranian youths and supporters of the PMOI and the Iranian Resistance in different parts of Tehran and at least 50 other cities across the country in support of the grand gathering of the Iranian Resistance in Paris. The slogans they had used included, “Freedom and equality with Maryam Rajavi“, “Death to Khamenei, Hail to Rajavi”, “Death to the principle of Velayat-e Faqih, long live National Liberation Army”, “No to the death penalty”, “Hail to the People’s Mojahedin Organization of Iran”, “Equality for all ethnic groups and followers of (minority) religions with Maryam Rajavi.” The Iranian Resistance has received at least 500 video clips and hundreds of photographs of such activities which included the hanging of huge banners bearing Maryam Rajavi’s portrait and distribution of flyers containing her 10-point plan for the future of Iran.

Political prisoners sent a number of messages from prisons across the country despite heavy risk to express their solidarity with the grand gathering of Iranians and supporters of the nationwide and organized Resistance for regime change in Iran and establishment of democracy and freedom.
Maryam Rajavi also laid a wreath at the memorial of 120,000 martyrs of freedom as mothers of a number of the Iranian Resistance’s martyrs looked on.

The event also featured interesting musical and theatrical performances.
A large number of US senators and representatives, including Robert Menendez, senior member of the Senate Foreign Relations Committee; Ed Royce, Chairman of the House Foreign Affairs Committee; leader of the House democrats, Nancy Pelosi; Lord Carlyle and Lord Clarke from UK; and Senator Gianluca Castaldi from Italy, a large number of members of the European Parliament, including the EP Vice-President Ryszard Czarnecki; as well as personalities from other countries expressed their solidarity by sending video messages to the annual gathering of the Iranian Resistance.
On the eve of the gathering, 29 prominent personalities in the US announced their solidarity with the goals of the gathering in a statement, indicating that, “Under the leadership of Maryam Rajavi, a Muslim woman standing for gender equality, which is an antidote to Islamic fundamentalism and extremism, it [MEK] is working every day to bring about a tolerant, non-nuclear Iranian republic based on separation of religion and state, that will uphold the rights of all. The National Council of Resistance of Iran, pursuing its long journey that began more than a half-century ago, has the vision, leadership and courage to lead the way to the creation of a new Iran. The obligation to stand up to this corrupt and illegitimate regime and say “no more” rests with the Iranian people alone, but the international community must meet its responsibility by condemning the mullahs’ oppression and embracing the Iranian people’s aspirations for a free and prosperous Iran accepted and respected around the world. Today, we join with the Iranian people and colleagues from many other countries in pledging our support to this great cause.”

In addition, members of parliaments from different countries issued statements on the eve of the gathering. Among them were
– The statement by 265 members of the European Parliament condemning human rights abuses in Iran and calling for the designation of the IRGC as a terrorist entity;
– The statement by more than 300 lawmakers from the UK Houses of Commons and Lords and 100 British bishops against the massacre of political prisoners in 1988 and in favor of comprehensive sanctions against the Islamic Revolutionary Guards Corps (IRGC); 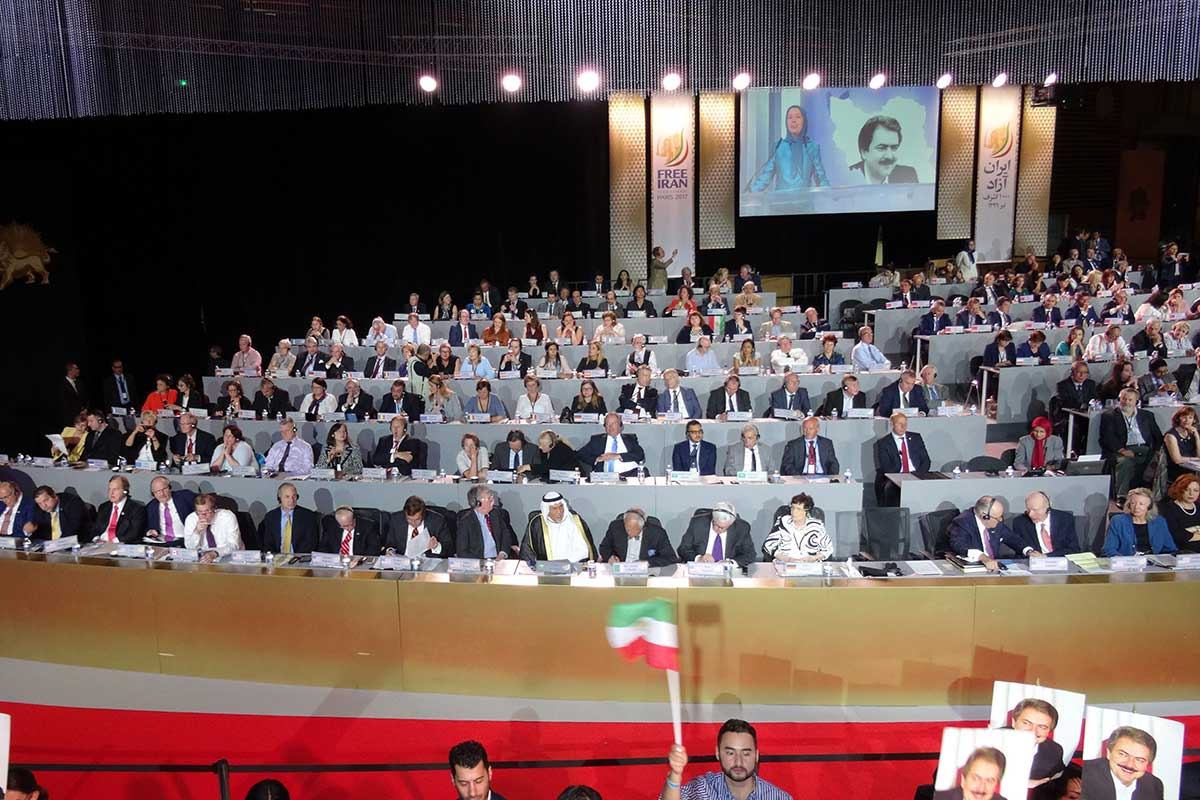