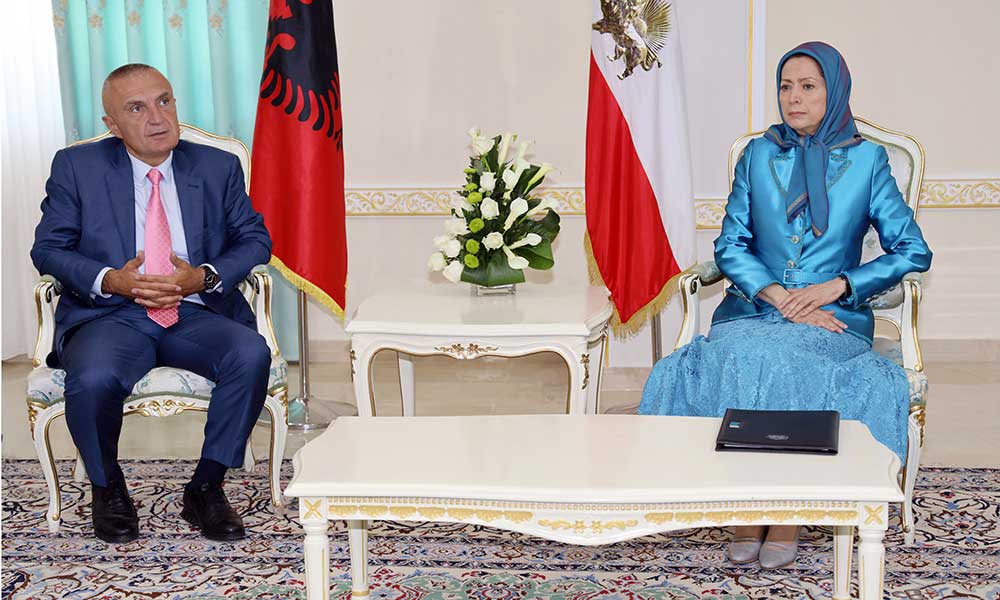 On Friday September 13, 2019, midday, His Excellency Ilir Meta, the President of the Republic of Albania, visited Ashraf 3, home to members of the People’s Mojahedin Organization of Iran (PMOI/MEK) in Albania.

PMOI members warmly welcomed the Albanian President. Mr. Fatmir Mediu, chairman of the Albanian Republican Party as well as the President’s National Security Adviser accompanied him.
During this visit, President Meta met and held talks with Mrs. Maryam Rajavi, the President-elect of the National Council of Resistance of Iran (NCRI) and, toured the exhibition on 120 years of struggle for freedom in Iran in Ashraf 3.

During a meeting with PMOI members, President Meta said, “I had no idea about the extent of your sacrifice and the genocide you and your supporters have endured. Having the possibility to see so many people, women and children, massacred was shocking.”

“This was also indication of a widespread movement inside Iran and showed how tyrannical the regime is. This is really bad not only for the people of Iran but also for regional and global peace and stability… I was very impressed with the Ten-point Plan of Mrs. Rajavi because it is based on fundamental freedoms and will guarantee prosperity and democracy for the Iranian people. All of us here in Albania are united in our support for your efforts and determination,” President Meta underscored.

Mrs. Rajavi welcomed President Meta and said that Iranian people will never forget Albania’s hospitality afforded to Iran’s combatants of freedom and that this gesture will be recorded in the history of relations between the two countries. She added that in virtue of its decisiveness vis-à-vis the clerical regime, reflected in the expulsion of the regime’s ambassador for involvement in terrorism, Albania serves as a role model for other countries.

The NCRI’s President-elect underscored that the religious dictatorship ruling Iran cannot be reformed. Appeasing it in the hopes of changing its behavior only encourages more terrorism and fundamentalism. As this regime’s behavior cannot be changed, regime change by the Iranian people and the Iranian Resistance is an imperative for regional and international peace and stability.

President Meta signed the guest book in memoriam of the Iranian Resistance’s martyrs, at the exhibition with the following words: “It was an extraordinary experience for me to become acquainted with the unimaginable sacrifices for freedom and social justice of this movement… We will be proud that we did our best for you to enjoy freedom. Until then, this will be your home…”

Secretariat of the National Council of Resistance of Iran
September 13, 2019 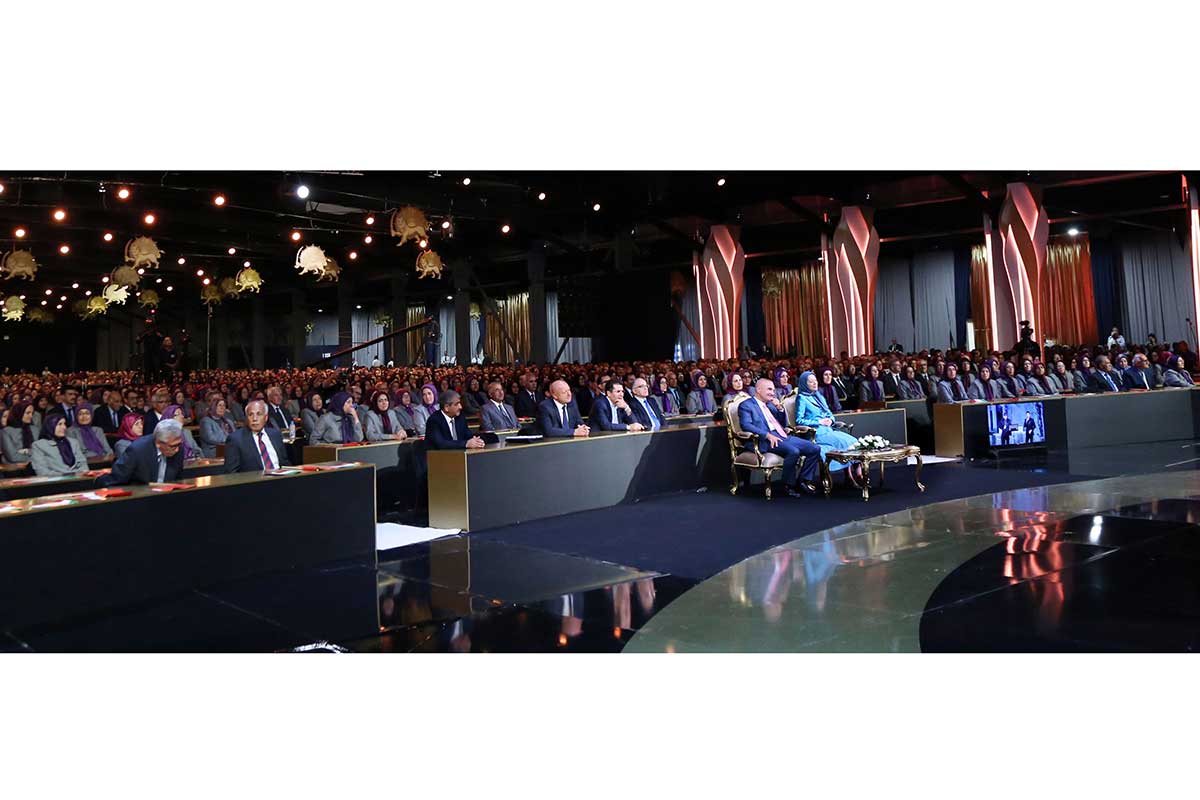