Maryam Rajavi: Protesters in Iran give meaning to the Universal Declaration of Human Rights 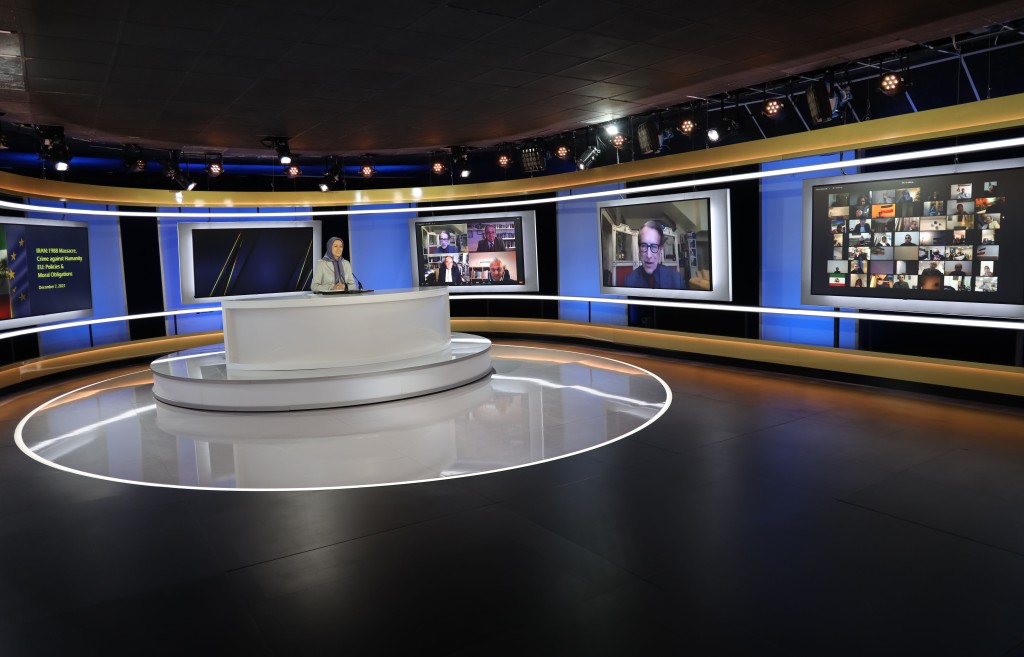 Addressing EP Conference on the eve of the Human Rights Day

I am delighted to once again have the opportunity to talk to you -the honorable representatives of the people of Europe—about the situation of human rights in Iran and the Iranian people’s resistance for freedom against a brutal dictatorship.

On the eve of the international Human Rights Day, the people of Iran rose up in the ancient city of Isfahan to demand their stolen rights.

In this struggle, the people of Iran make sacrifices and endure much suffering to give meaning to the Universal Declaration of Human Rights.

This is what has been going on in Isfahan and Shahrekord, and earlier in July in the cities of Khuzestan Province and dozens of other cities across Iran.

When the ruling mullahs respond with bullets to the people’s demand for water, my compatriots will have to take up the last resort in rising up against oppression and injustice as stated in the Universal Declaration of Human Rights.

Against this backdrop, I use this opportunity at the House of Democracy in Europe to urge you, the representatives of the people of Europe, to support the Iranian protesters in the face of arrests, torture, and slaughter in the streets.

More than 1,500 youths and teenagers were murdered in the November 2019 uprising on the orders of Khamenei and his current president, Ebrahim Raisi. More than 40 young Baluchis were killed by revolutionary guards in March. At least 14 young Arabs in Khuzestan were shot to death for protesting the lack of water.

Yes, all of them wrote the history of human rights with their blood.

The 1988 massacre is an ongoing crime

The massacre of 30,000 political prisoners in 1988 is the most egregious among the mullahs’ countless crimes. And that crime is still ongoing.

The carnage was carried out based on two decrees by Khomeini to massacre all the prisoners who supported the People’s Mojahedin of Iran.

It was an obvious case of genocide, followed by the execution of prisoners of other political groups.

One of the perpetrators of the 1988 massacre has been on trial in the Court of Stockholm in recent months. The court held some of its sessions at the Court of Durrës in Albania to hear the testimonies of several PMOI members at Ashraf 3 who are plaintiffs in the case.

That henchman confessed to one important reality: “Anyone who speaks about the PMOI would be arrested, and the Judiciary is extremely serious about it.”

For several decades now, under the mullahs’ rule in Iran, it has been forbidden to mention the PMOI’s name. The ban is one aspect of the genocide carried out against the PMOI.

Last June, Khamenei selected one of the key perpetrators of the 1988 massacre as the regime’s president.

For their part, the people of Iran launched their call-for-justice movement that calls for the prosecution of Khamenei and Raisi for committing genocide and crimes against humanity. 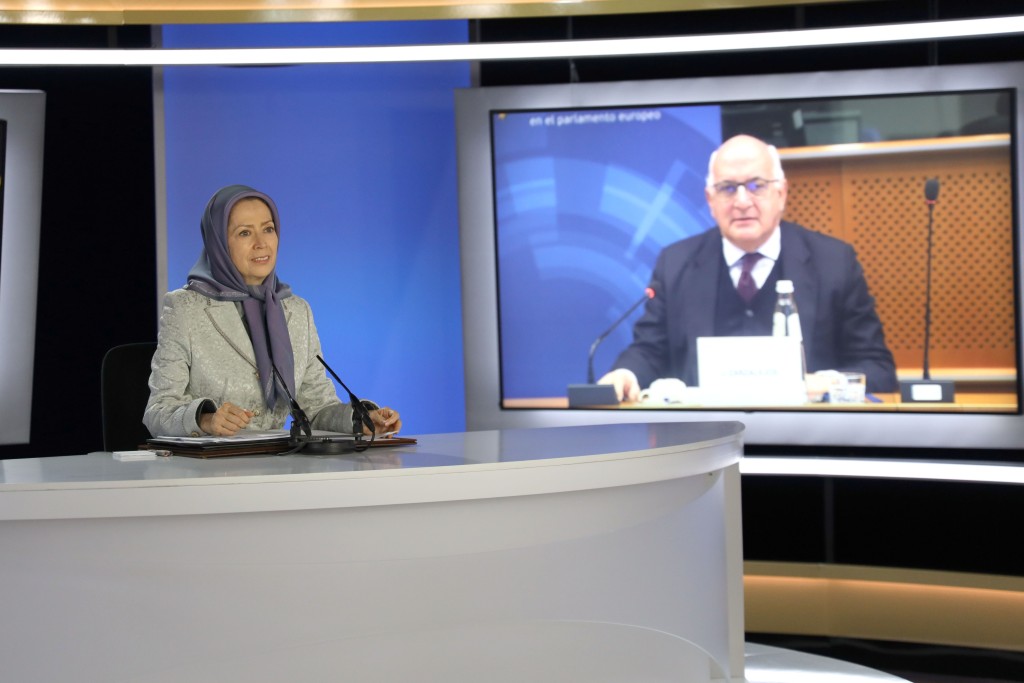 Europe’s inaction has emboldened the regime in its crimes

As far as the international community is concerned, silence and inaction vis-a-vis this brutal crime amounts to appeasing Iran’s ruling murderers.

In September 2020, seven UN Special Rapporteurs highlighted an important development in this shameless policy. They recalled that despite the UN General Assembly’s adoption of a resolution that addressed this massacre in December 1988, the General Assembly and the Human Rights Commission failed to take any action.

Such inaction emboldened the Iranian regime and led to the worsening of the human rights situation in Iran. The European governments remained silent and turned a blind eye on the slaughter of political prisoners and the crackdown on protests, thereby, giving the regime an open hand to continue its atrocities.

They thought the human rights abuses would be limited inside the Iranian borders. The experience of the past three decades has proven that this was a mistaken view and a wrongheaded policy.

The mullahs considered it as a sign of weakness. They realized that their path to bomb making and to undermining the stability and national sovereignty of countries in the Middle East was wide open.

Last year, a Court in Belgium sentenced one of the regime’ diplomat-terrorists to 20 years in prison for plotting to bomb the NCRI’s annual gathering in Paris, which would have caused a carnage. Why did Europe fail to take any serious action against such a case of state-sponsored terrorism? Why does Europe not end impunity for Iran’s ruling murderers?

Recently, the highest court in Switzerland ordered investigations into the Iranian regime’s 1990 assassination of Prof. Kazem Rajavi, the NCRI’s representative in Switzerland, as a case of genocide and crime against humanity.

I urge you to take the lead and initiate a movement so that Europe stands with the people of Iran, with the families and survivors of the 30,000 massacred political prisoners in 1988, with the protesting women and youth, and with the people and innocent children of Isfahan whose eyes were blinded by the IRGC’s pellet guns.

I specifically urge you to adopt a resolution in the European Parliament, which would recognize the 1988 massacre as a genocide and a crime against humanity.

I urge you to support the Iranian people’s demand for the international prosecution of Khamenei and Raisi for the massacre of political prisoners in 1988 and the November 2019 killings.

I urge you to call on governments of Europe to condition their relations and talks with the clerical regime on ending the arrest of protesters and torture and executions in prisons.

In closing, allow me to repeat: The people of Iran are determined to overthrow this religious dictatorship. They want to establish a republic based on democratic values, where people are the only decision-makers.
In the free Iran after the mullahs, the National Council of Resistance of Iran is committed to holding free elections and respecting the rights of all people. We are committed to gender equality. We reject the death penalty and the mullahs’ Sharia law, and we advocate a non-nuclear Iran. 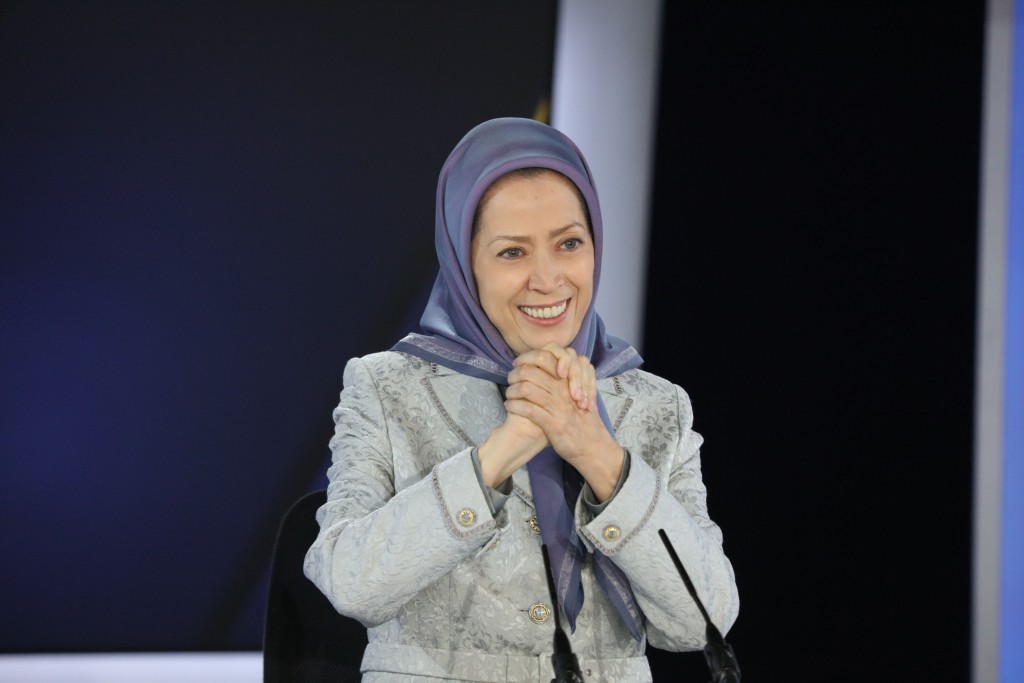