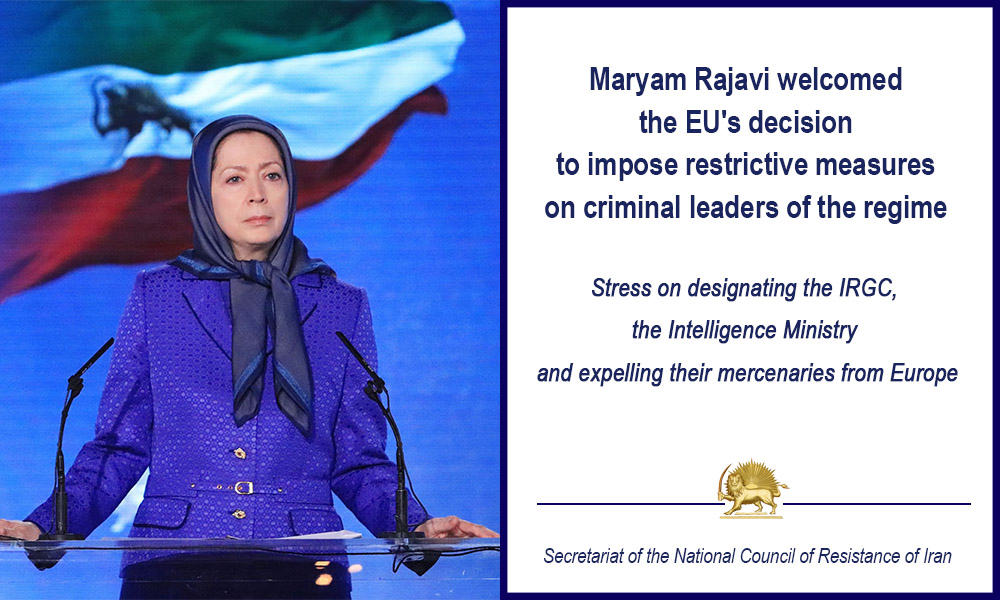 Stress on designating the IRGC, the Intelligence Ministry and expelling their mercenaries from Europe

Mrs. Maryam Rajavi, the President-elect of the National Council of Resistance of Iran (NCRI) welcomed the European Union’s decision to impose restrictive measures on eight commanders of the Revolutionary Guards (IRGC), the paramilitary Basij, the State Security Force (SSF), and those who ordered firing on protesters during the November 2019 uprising. She said the Iranian Resistance has consistently stressed that Iran’s ruling mullahs only understand the language of decisiveness.

Mrs. Rajavi reiterated the need to designate the entire IRGC and the Ministry of Intelligence, prosecute and expel their agents and mercenaries, and revoke mercenaries’ citizenship and refugee status in Europe. Based on the experience of the past 40 years, Mrs. Rajavi said, these agents are not political refugees or ordinary citizens, but operatives and spies of the terrorist Quds Force and the clerical regime’s Intelligence Ministry.

Secretariat of the National Council of Resistance of Iran (NCRI)
April 12, 2021